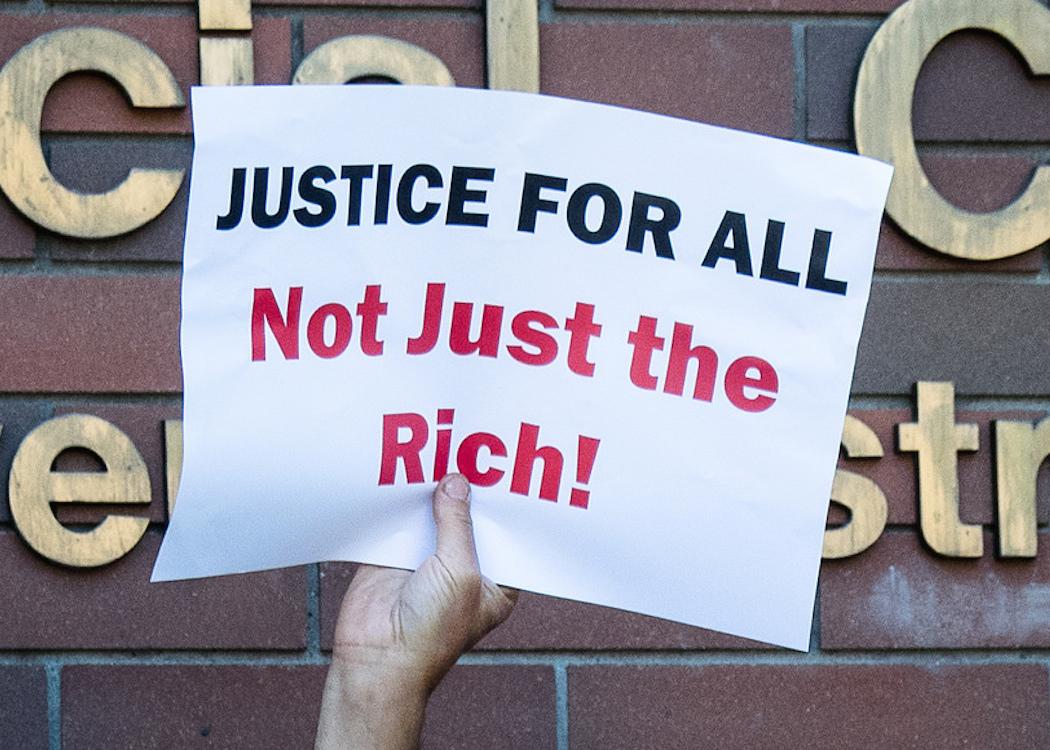 THE NEXT Scottish Parliament should be bolder in its attempts to reduce inequalities in wealth and power, according to leading political campaigners.

Speaking at the gathering of Scotland’s charitable sector, campaign directors and socialist candidate Cat Boyd called for the next generation of MSPs to move beyond the current consensus on how devolved powers are used.

The event ‘People power or politics – what really drives change?’ was held less than three months before Scotland goes to the polls to elect a new Scottish Government to control health, education, justice, housing, and more extensive financial powers than ever before.

Stewart Kirkpatrick, head of the Scottish branch of campaign group 38 Degrees and former head of digital strategy for Yes Scotland, called for greater action on inequality and highlighted land reform as an area for greater progress. Through campaigning, he said the Land Reform Bill “charitably characterised as dishwater” was geately improved.

“It’s not redistributive but introduces an element of social justice into our land laws,” Kirkpatrick added.

Boyd, lead feminist and socialist candidate for Rise in Glasgow, criticised the “centrist” style of Holyrood which has “become too comfortable with petty point scoring between two parties that hate each other.”

“Redistribution of power and wealth is the only thing that’s going to make things better”, Boyd added, before telling the gathering “Charities are not a sticking plaster on Tory austerity. They are for advocacy and empowerment.”

Statistics from charity Oxfam found that the four richest families in Scotland (The Al Tajirs, the al-Fayeds, the Woods and the Grants) had more wealth than the bottom 20 per cent of people combined.

Despite the advent of devolution, substantial inequalities in Scotland health and education outcomes have continued.

While Scotland’s ‘gross domestic product’ ranks the nation amongst the wealthiest in the world, hundreds of thousands of children still grow up in poverty.

Instances of food bank usage and fuel poverty have risen in recent years.

Campaigners pointed to the opportunity of council tax reform, land reform and rent controls as policy examples which could dramatically reduce the levels of inequality in Scotland.

Richard Dixon, Friends of the Earth Scotland director, pointed to the expansion in SNP members as a sign that thousands of people had a renewed sense that “politics can make a difference”.

However, Dixon raised concerns that the party leadership blocking two debates on banning fracking at its conferences meant there was a risk of policy reflecting the “most watered down version” possible.

Murray Foote, editor of the Daily Record newspaper, was asked how the media culture could do more to reflect the need for political change.

Foote conceded that financial pressures shape how news is created, but that he tries to pursue campaigning issues when possible: “If you’re too radical they [Record readers] switch off. I have to accept that it’s a commercial venture,” he said.

On a recent decision to lead with the horrific story of Paul Donnachie, who committed suicide after his benefits were cut, Foote added: “I knew fine well that it wouldn’t sell as many copies as it would sell with someone more tabloid. I can’t do it constantly.”

Campaigners pointed to the opportunity of council tax reform, land reform and rent controls as policy examples which could dramatically reduce the levels of inequality in Scotland.

The Scottish National Party, Labour, The Scottish Greens and new coalition group Rise are expected to focused on inequality in their election campaigns.

New Scottish Government research has found that the least wealthy 40 per cent of households in Scotland owned less than 5 per cent of total wealth.