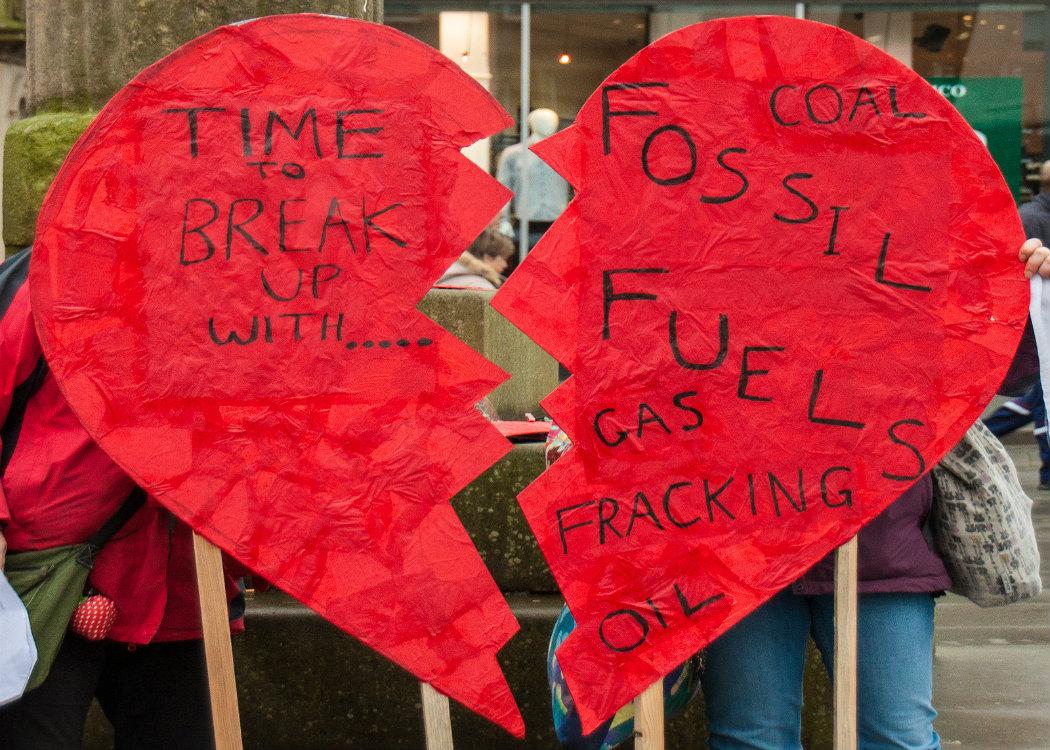 ENVIRONMENTAL activists have expressed disappointment as management at University of Edinburgh opted to continue its PS292m endowment investment in fossil fuels companies.

The university announced the findings of a review group, which decided to “work with companies” to review carbon emissions and prioritise renewables research.

Edinburgh’s decision takes a different approach from the University of Glasgow, which decided last October to gradually divest from all fossil fuels companies.

Students and academics at the university had called for full divestment from fossil fuels due to the dangers of global warming, pollution and the opportunities for energy alternatives.

Lang Banks, head of World Wildlife Foundation Scotland, said: “Disappointing that Edinburgh Uni has chosen to not join the growing number of organisations opting to divest from climate-trashing fossil fuels.

“The science is clear, to protect our climate the vast majority of known fossil fuel reserves must remain in the ground. Edinburgh Uni must follow through on its promise to invest more in low-carbon technologies & become more engaged with those it invests in.”

Ric Lander, a campaigner with Friends of the Earth Scotland (FotES), said: “The university has missed a clear opportunity to take a moral lead on tackling climate change and stand up for environmental justice.

“The university appears content to have its money invested in the world’s most polluting companies including Shell, BHP Billiton and Rio Tinto. These companies are oil drilling in the Arctic and mining coal in virgin rainforest. Any investment policy which continues to allow investment in such irresponsible companies is not fit for purpose.”

FotES director Richard Dixon added: “Edinburgh Uni comprehensively fails to take moral lead on climate change, may have to hand back my PhD.”

While the university rejected a divestment plan, a university statement did place new challenge on fossil fuels companies to demonstrate efforts to reduce carbon emissions.

An Edinburgh University spokesperson said: “The university will seek to change the behaviour of the companies in which it invests – in the fossil fuels sector and in all other sectors.

“Companies will be required to report on their emissions and benchmark them according to best performance in their sector.

“In addition, the university will focus specifically on companies involved in the extraction of the highest carbon-emitting fossil fuels: coal and tar sands.

“The university will withdraw from investment in these companies if: realistic alternative sources of energy are available and the companies involved are not investing in technologies that help address the effects of carbon emissions and climate change.”

Gordon Maloney, president of the National Union of Students (NUS), responded dryly: “Sounds like Edinburgh Uni are taking a pretty cowardly and irresponsible approach to, um, the existence of our species.”

The NUS has run campus campaigns against unethical investments of universities in fossil fuels and the arms trade.