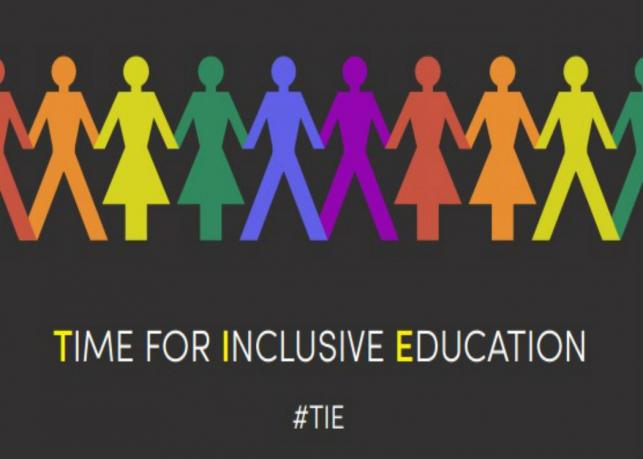 CAMPAIGNERS fighting to tackle the epidemic of homophobic bullying in Scottish schools have launched an online pledge to increase pressure on MSPs to take action.

The pledge calls on members of the public, as well as MSPs, to back five demands including legislation for inclusive education including changes to school curriculums, teacher training, reporting of bullying in Schools and monitoring of efforts to tackle homophobic bullying.

It comes after over a year of campaigning by Time for Inclusive Education (Tie) for an education that teaches children about the range of human sexualities and sexual and gender identities. Tie’s demands have risen to the top of the LGBT+ political agenda in recent months, with inclusive education becoming an important policy during the 2016 Scottish Elections and many MSPs from across Scotland’s political parties backing the movement for reform.

On the eve of the launch, a Tie spokesperson said: “Our aim is to ensure that all schools across the country are safe and supportive environments for LGBT young people, and we have very clear proposals as to how we get there.

“We would urge members of the public and all MSPs who agree with us that it is time to take action against homophobic, biphobic and transphobic bullying in schools to sign our pledge and show that they are committed to addressing the issues facing LGBT learners during this term of parliament.

“We are encouraged by the support that our campaign has generated over the last year, but it is now time for action. The Scottish Government’s current strategy in this area is patchy and ineffective, and this has to be addressed with an open mind if we are to see any meaningful change.”

The Tie campaign have established their own training programme for Scottish teachers on delivering inclusive education, and have toured numerous Scottish schools to bring their message of inclusivity to Scottish school kids.

The campaign was prompted by figures that show an epidemic of self-harm, suicide and suicide attempts amoung LGBT+ youth, connected to bullying and isolation at school.

Several of Scotland’s leading politicians, including Patrick Harvie and Mhairi Black, joined the Tie campaign as it led Glasgow Pride in August.

Monica Lennon MSP, Scottish Labour inequalities spokeswoman said: “I’ve been increasingly impressed by the Tie campaign’s drive to improve Scotland’s education system and I have been a supporter of their aims from the outset.

“Recent research by the campaign has shown that two thirds of current and former pupils surveyed indicated that homophobia, biphobia and transphobia is a problem in schools, proving that there is a real need for a rollout of inclusive education in classrooms across the country.

“I’ll certainly be signing the pledge and I hope that many more will also agree that the Scottish Government must do more to tackle inequality in schools.”

The Tie campaign pledge can be signed here.

Picture courtesy of the Tie Campaign