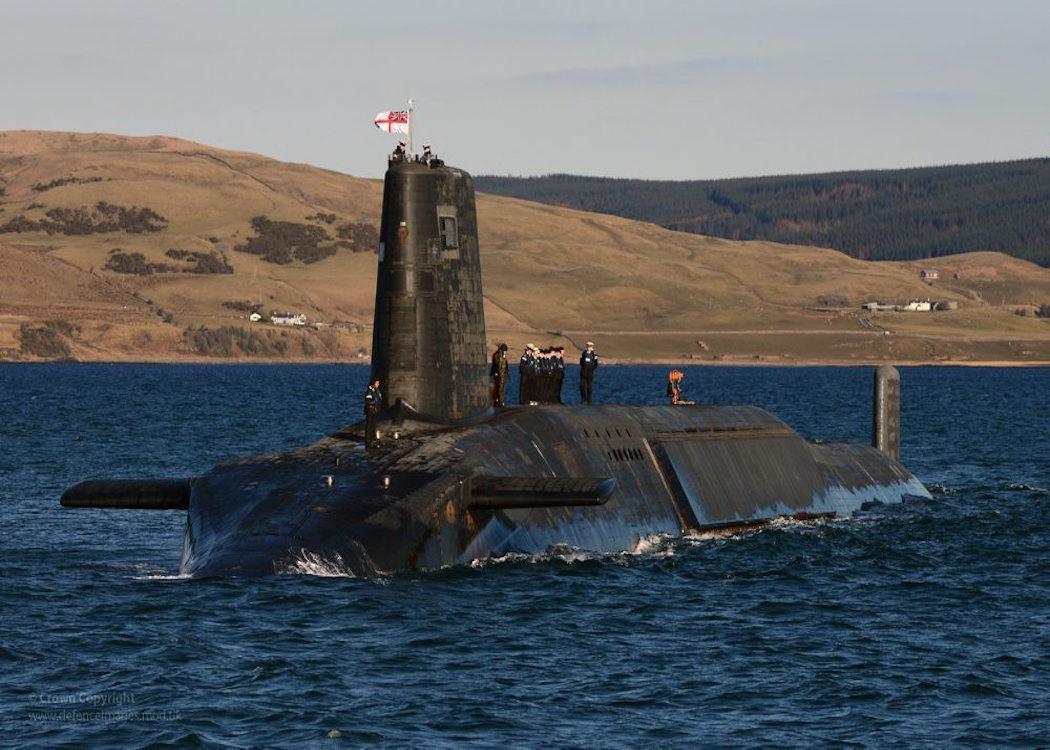 CONSERVATIVE defence minister Michael Fallon has sparked anger with his statement that replacement of the UK’s nuclear weapons system is already happening, regardless of a future commons vote.

Fallon is set to speak in Edinburgh tomorrow [Friday 4 March] at the Scottish Conservative Party conference, where he will announce an extra PS640m investment in the weapons system.

Campaigners and opposition politicians have accused the minister of ‘contempt’ towards the democratic process after he said Trident, the weapons system based near Glasgow, “is happening” regardless of a future parliamentary vote on the issue.

The opportunity for MPs to vote on replacing the Trident weapons system has been delayed several times, but is due to take place in the House of Commons later this year.

Co-ordinator of the Scottish Campaign for Nuclear Disarmament, John Ainslie, said: “Michael Fallon is putting up two fingers to the Scottish Parliament and to the MPs that Scotland elected last year. He is spending a further PS640m on new nuclear submarines despite Scottish opposition.

“He is also side stepping the agreed political process, making this decision before the House of Commons holds its Trident debate.”

Fallon was quoted in The Herald as saying: “The most important point to make about the Trident submarine programme is that it is happening – it is already underway.”

“By pressing ahead with Trident, regardless of the facts, Mr Fallon joins a long line of UK Defence Ministers who show contempt for the public and our democratic processes.” John Finnie MSP

He added that the ‘maingate’ decision on a replacement weapons system would not be put to the vote; instead MPs would be able to vote on the ‘principle’ of replacement, a vote he said the Tories would win “handsomely”.

Green MSP John Finnie, who previously quit the SNP over Nato membership, told CommonSpace: “Proponents of Trident renewal are unmoved by arguments of morality or finance. However, it is astonishing that they pay little heed to those in the military who point out this weapons system is already obsolete. Trident has no realistic part in ameliorating the threats faced by the UK.

“By pressing ahead with Trident, regardless of the facts, Mr Fallon joins a long line of UK Defence Ministers who show contempt for the public and our democratic processes.”

The Labour party’s leader Jeremy Corbyn is in favour of scrapping Trident; however the Scottish Labour leader Kezia Dugdale is not, despite her party having voted overwhelmingly to end the nuclear weapons at its Perth conference in November 2015.

Corbyn addressed an anti-Trident rally in London five days ago, alongside the SNP’s Nicola Sturgeon, Green party leader Caroline Lucas, and Plaid Cymru leader Leanne Wood. The rally was described as the ‘biggest in a generation’.

In January 2015 an SNP-Plaid Cymru motion to scrap Trident was defeated by 364 votes to 37 in the House of Commons. Only 19 Labour MPs voted against renewal; the then-leader Ed Miliband did not attend.

“Mr Fallon might say that Trident is going ahead, but Parliament hasn’t as yet taken the decision. People throughout the UK, even senior military figures, are saying that this is a huge waste of public money with absolutely no practical gain.”

SNP Defence spokesperson Brendan O’Hara MP said: “These reports are shocking, but sadly believable. Michael Fallon has form on this, with over PS4billion already spent on the next generation of Trident before a single vote has been cast at Westminster.

“A billion here, a billion there and another PS640 million this week, it looks like the Tories are trying to renew this nuclear arsenal by stealth without bothering to consult the House of Commons.”

The Ministry of Defence estimates have put the 20-year cost of Trident renewal at PS31bn. However the figures has been disputed by campaigners and an independent review in 2014 gave an overall figure of PS100bn. Around half of Scots say they oppose nuclear weapons in opinion polls; twice as many as respondents in England.