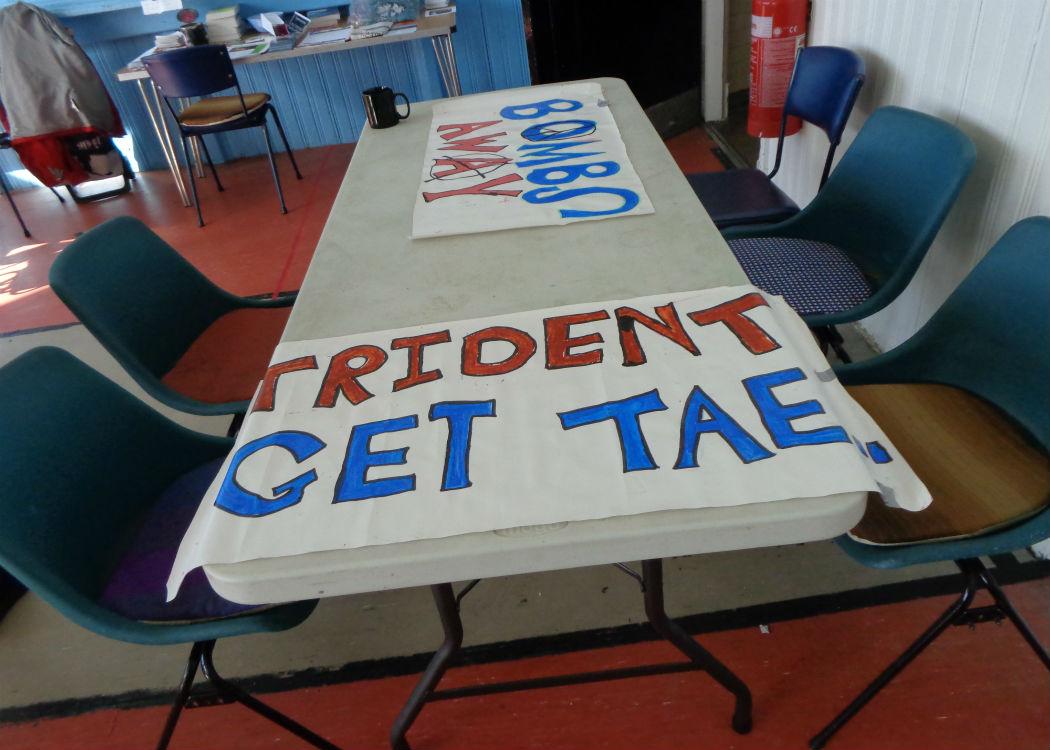 CAMPAIGNERS preparing for the largest demonstration against nuclear weapons in the UK since the end of the cold war say politicians using the issue to minimise Jeremy Corbyn and the SNP have “completely lost the plot”.

A vote in the House of Commons on Trident renewal is expected in February or later in spring 2016. The Campaign for Nuclear Disarmament, along with its Scottish sister organisation SCND, and Stop the War Coalition, will be organising a demonstration in London in conjunction with anti-austerity groups.

Speaking to CommonSpace, Lindsey German, national convenor of Stop the War Coalition said: “We welcome the demonstration and will help to build this demonstration because Trident is a major political issue in itself; its cost, the safety issues around Trident, its lack of effectiveness – the fact that nuclear weapons make confrontation between the world’s major powers more and not less likely.

“Also it has become a political issue around Jeremy Corbyn’s leadership. Some Labour politicians will vote for Trident renewal and the bombing of Syria in order to embarrass or harm Jeremy Corbyn. Lots of Tory MPs will join them. By the time you have politicians voting for war or nuclear weapons for the purposes of political manoeuvring you know they’ve completely lost the plot.”

She also said that plans to bring the vote in the House of Commons forward were about trying to restrain the SNP: “They may bring the vote forward because they don’t want Nicola Sturgeon to able to campaign on Trident in the May elections,” she said.

Before the vote can take place, the UK Government must complete the Strategic Defence and Security Review.

However, the government has an interest in bringing the vote forward as soon as possible both to take advantage of Corbyn’s relative isolation within the Labour party on the issue and in order to prevent the SNP from turning Trident into a campaigning policy ahead of the Holyrood elections.

Arthur West, chair of SCND told CommonSpace: “They might try and do it [bring the vote to the Commons] a bit earlier. If they try that there are plans for local actions in towns and cities as well as the big national demonstration.

“The wider political atmosphere is that there is substantial opposition to Trident. We want to send a clear message that there is widespread concern over renewing Trident particularly when there is so much austerity going on.”

Both said that it was vital that a huge contingent from Scotland, where the Trident weapons system is based, attended the demonstration in London alongside local actions.

West said: “We are delighted that this demo is taking place, we will be giving priority to building this demo with our partner organisations and working to bring the largest possible contingent from Scotland.”

Lindsey German added that it was vital people across the UK spoke with one voice: “We are hoping for and expecting a big delegation from Scotland. We can all be united on this issue. We need to drive back both David Cameron and the Labour and Tory MP’s who plan to vote for renewal.”

The comments come after West said that Scottish independence remained the surest way to unilateral disarmament.