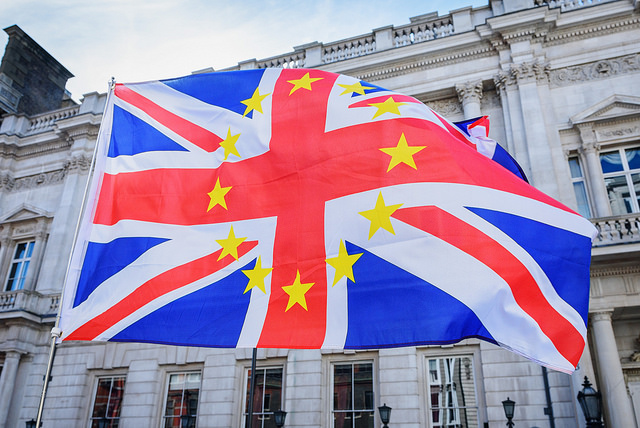 CAMPAIGNERS have warned of the imposition of new draconian rules for EU citizens living in the UK, including the possibility of ID cards and new forms of surveillance on millions living and working in the country.

The warnings come after the Tory Government, now working in tandem with the hard-right DUP, released its plan for the future of the UK’s three million EU citizens after an full year of anxiety over their future status under Brexit.

The plans, set out in a 17 page document, afford EU citizens dweling in the UK for five years or more ‘settled status’ – meaning they would not face deportation – and a grace period of two years after Brexit for EU citizens to seek this status.

Though the measures, which also include near equal access to the UK’s welfare and health systems, represent a concession to EU negotiatiors, whose positions have been strenghtened after the General Election which saw Prime Minister Theresa May lose her parliamentary majority, campaigners warn that the new system could entail a new and invasive layer of state bureaucracy.

Possible new measures for surveilance include ID cards for those seeking to prove ‘settled status’, the storage of biometric data at the Home Office and a huge outlay of new paperwork covering the millions who help make up UK society.

“Theresa May has put Britain on a path to a more closed society of ID cards and family income checks for our own nearest neighbours.” Nick Dearden

STUC general secretary Grahame Smith said: “The details announced by the Prime Minister today on EU citizen’s rights will be of little comfort to EU workers. It is unhelpful in the extreme to demand a five year qualifying period and then be unable to identify the cut-off date for such a period. Announcing a complex scheme that will require EU citizens to fill out a detailed application and be subject to checks by the Home Office, will raise anxiety levels rather than reduce them. The complexity of the system will also create problems for civil servants who will be expected to process millions of applications within a tight timeframe.

“This approach is unnecessarily bureaucratic and fails to value the contribution that EU workers make to our public services and our economy. A simpler approach to this issue would be in everyone’s interests.”

Nick Dearden, director of Global Justice now said: “Theresa May has put Britain on a path to a more closed society of ID cards and family income checks for our own nearest neighbours, while continuing to treat the right to healthcare as a bargaining chip in the Brexit negotiations. Yet we have no doubt that migration’s time will come again – and we will fight to make it so.”

A growing lobby, including the the UK’s Green parties, the SNP, some in Labour and an emboldened faction in the Conservative party itself is calling for a version of so called ‘soft Brexit’ which would see the UK maintain as cloase a relationship with the EU single market and freedom of movement rules as possible.