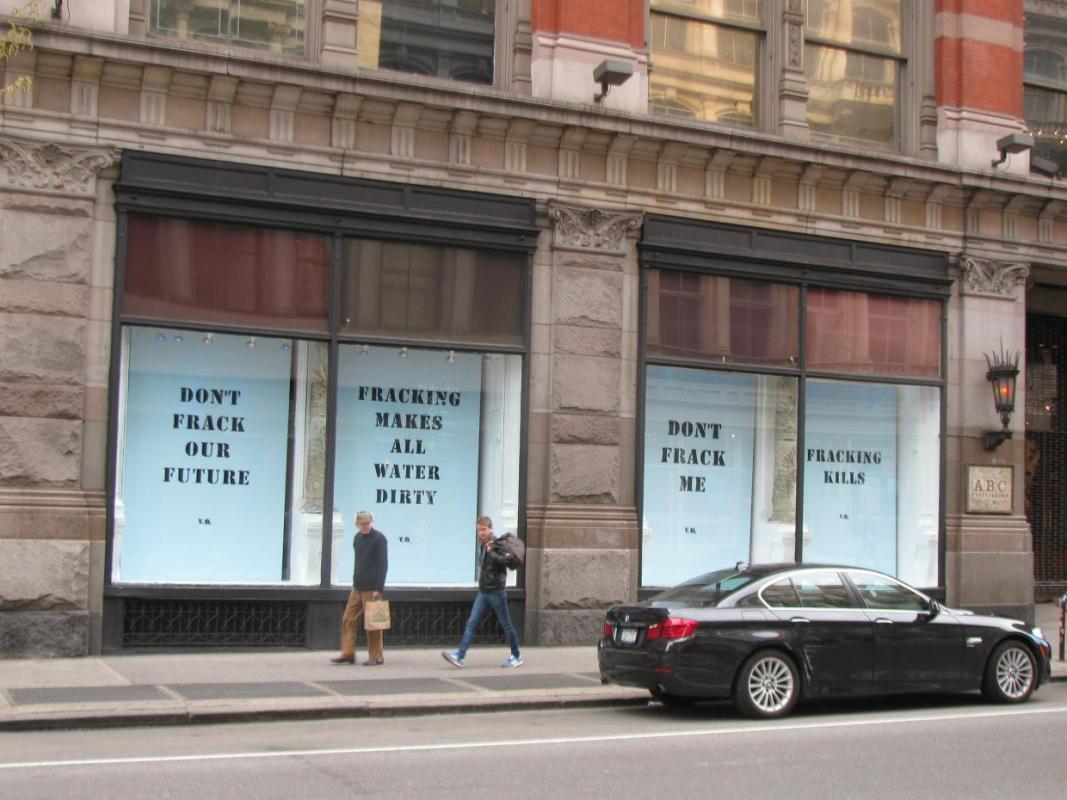 Conference organised by the Radical Independence Campaign will plan how to ensure fracking is banned for good in Scotland, campaigners say

AT least 180 anti-fracking campaigners are expected to meet in Glasgow next Saturday to help organise the next steps forward in the movement to ban unconventional gas extraction (UGE), more commonly known as fracking, in Scotland.

Scottish Energy Minister Fergus Ewing announced a fracking moratorium on Wednesday in the Scottish Parliament, blocking all unconventional gas extraction developments on planning grounds until power over the issue is devolved to Holyrood after May’s General Election. In the meantime, the Scottish Government will embark on wide ranging “public consultation” on the environmental and health implications of fracking.

The news was welcomed by environmental campaigners, who argue that fracking is a danger to public health and will prevent Scotland from meeting its CO2 emission reduction targets.

However, the anti-fracking conference on 7 February, organised by the left-wing Radical Independence Campaign, is considered “more important than ever” by conference organiser Gillian Wales, to plan how to make sure fracking is “banned for good”.

“The announcement of the moratorium is a win, but it’s not won,” Wales said. “Fracking is not dead in Scotland; to use a boxing analogy, we’ve put fracking on its back in this round, but we’ve not yet got a knockout blow.”

“If the movement takes its foot off the gas, excuse the pun, then after the General Election, when politicians are under less pressure from the public, onshore gas extraction could be brought in through the back door in Scotland. There’s powerful vested interests in UGE development in Scotland, like Ineos, which bought the licensing rights here. You can be certain they won’t want that investment to be wasted,” Wales warned.

The conference will bring together community organisers and environmental specialists in the anti-fracking movement, including Mary Church, from Friends of the Earth; Maria Montanaro, an organiser of the community campaign against coal methane extraction in Airth, Falkirk; Professor Andrew Watterson, Stirling University Occupational and Environmental Health and Safety; and Jen Stout, 38 degrees campaign group Scottish organiser.

Six workshops are planned for the day:

Wales said the conference will be geared towards working out how to most effectively influence the government’s public consultation with the aim of achieving “an outright ban” on UGE.

“It’s the community campaigns that have been organising over the past two years in Scotland that have got us this far,” Wales said, arguing politicians of all stripes have been running to catch up with the mood on the ground.

“Those campaigns need to continue to organise, so this conference is an attempt to help link that up and facilitate skills, knowledge and experience sharing so the movement grows stronger.”

While a moratorium was successfully introduced in Scotland, the Infrastructure Bill passed in the Westminster Parliament on Monday evening included policy making it easier for fracking developers to drill under people’s homes for gas. An amendment to the Bill calling for an 18-30 month moratorium was rejected, but Labour were successful in pushing through a more limited amendment which increased environmental oversight and banned fracking in national parks.

Wales believes part of the job of the movement in Scotland is to provide support for the campaign in the rest of UK against fracking. “We want are limited victory to spread,” Wales stated

Jonathon Shafi, co-founder of the Radical Independence Campaign, said: “This conference is a key part of the radical independence vision, which we outlined in our People’s Vow at our conference of 3,000 people in November last year. The People’s Vow committed us to stand with all communities and individuals until fracking is banned in Scotland, and that task is still before us.

“Environmental sustainability is not an optional extra for our society; it’s the basis of our existence and it should be protected and cherished, not destroyed. We hope this conference can help the anti-fracking movement build upon the victory this week to shift the government from a moratorium to an outright ban.”