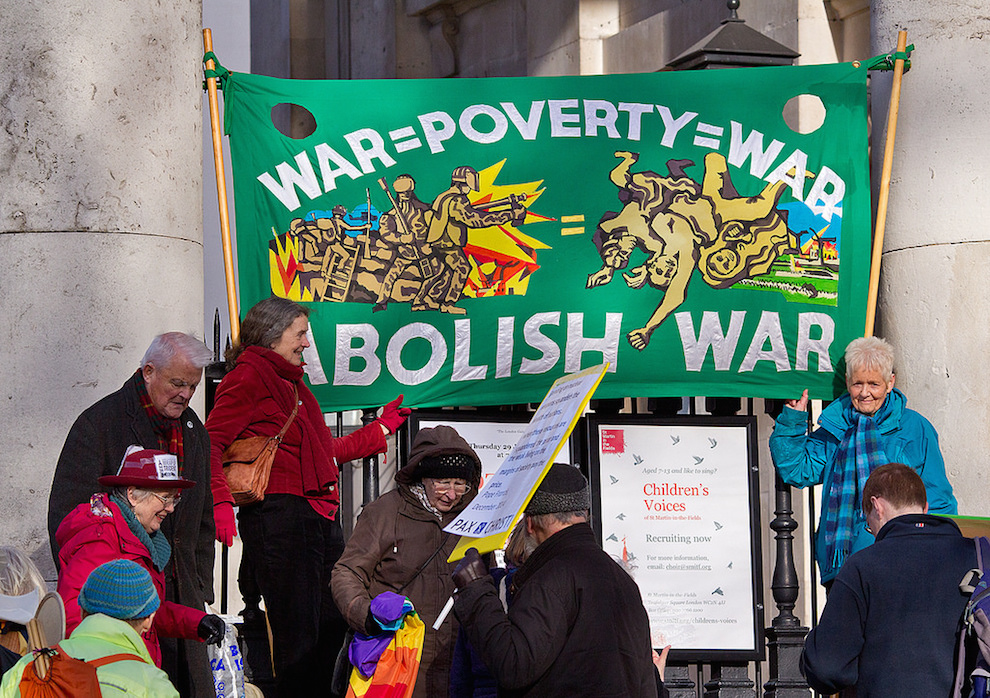 THE MOVEMENT TO RID THE WORLD of weapons of mass destruction will set its eyes on Scotland this July as campaigners mark the latest milestone towards their abolition with a series of planned protest events around the British military bases that house the UK Trident weapons system.

Trident Ploughshares, a campaign to “disarm the UK’s Trident nuclear weapon system in a non-violent, peaceful, open and accountable manner”, will gather at a peace camp near Coulport on Loch Long alongside international supporters.

The week long campaign will plan “peaceful disruptive activity” near Coulport and Faslane to highlight the threat of nuclear weapons to the security of life on earth.

The campaign coincides with ongoing Nuclear Weapons Ban Treaty negotiations at the United Nations, where towards 130 countries are discussing a draft document which aims to pressure the small number of nuclear weapon armed states to take action for disarmament.

Amy Christenson, a member of the Scottish civil society delegation to the ongoing UN Conference for a nuclear weapon ban treaty, said: “Whilst the ban treaty will undoubtedly strengthen international law on nuclear weapons and will build social pressure on weapon states to sign and disarm, there is a strong belief amongst all parties at the negotiations, that it will only take one Weapon State to sign the treaty, before it becomes a catalyst for all others.

“From lobbying and networking with other civil society groups, academics and diplomats, we find that there is a real appreciation that Scotland could well be in the most powerful position to take on this task. Given the UK’s weak stance of holding these weapons in Scotland, combined with a Scottish public opinion and a Scottish Government which are anti-Trident, there is a real opportunity to push and influence the UK further, and lead the process of global disarmament.”

Another UN team member from Scotland, Janet Fenton added: “This is precisely why Trident Ploughshares will be engaged in peaceful civil resistance against the UK’s nuclear weapon bases.”

Last October 128 countries backed progress towards a nuclear weapons ban – while nuclear states like the UK and US fell into the minority.

Global movements for disarmament and peace have previously focused on the use of land mines, cluster bombs, and chemical weapons, which through campaigning and legal agreements have faced added condemnation under humanitarian law.

The current treaty talks aim to strengthen the Non-Proliferation Treaty (NPT), whereby states have agreed to negotiate towards disarmament. Despite this, nuclear states have continued to re-arm since the NPT was established in 1968.