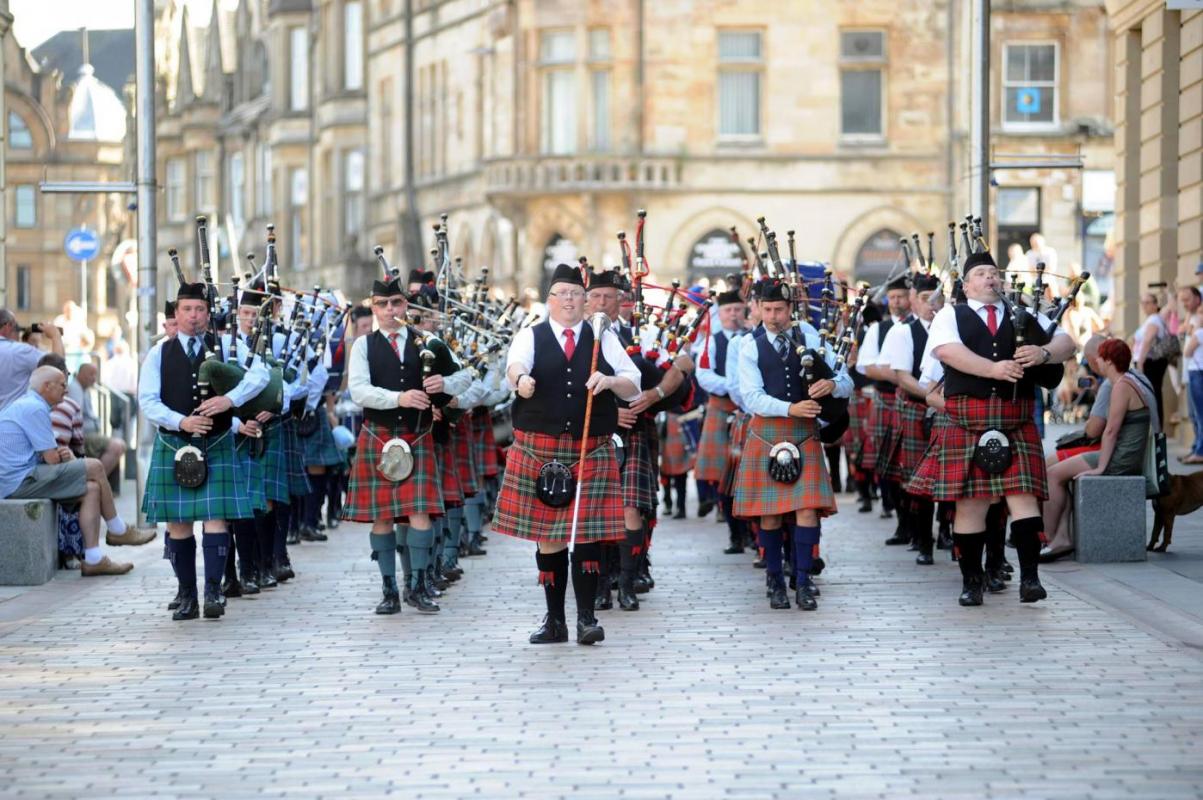 GROUPS recognising the 250th anniversary of the birth of political reformer Thomas Muir will tomorrow [Saturday 3 October] recreate a historic march through Edinburgh in recognition of his fight for democracy in Scotland.

The Friends of Thomas Muir society, with support from Edinburgh and East Dunbartonshire councils, will march from Calton Hill Cemetery to the Scottish Parliament led by Milngavie Pipe Band.

The event recreates a famous march from 1844 when thousands took to the streets to celebrate the unveiling of a monument on Calton Hill to the Scottish martyrs, including Muir, who faced persecution in the cause of political reform and the right to vote.

Jimmy Watson, the event organiser, said: “On Saturday 3 October the friends of Thomas Muir will resume this historic march and take up the metaphoric baton form our ancestors. The right to vote was what our ancestors were marching for back in 1844.

“We will start, where our ancestors left off, with a short dedication service at the Martyrs’ Monument, followed by a formal walk led by Milngavie Pipe Band through the streets of Edinburgh via North Bridge, then onto the Royal Mile and down Canongate to the Scottish Parliament.

“The Friends of Thomas Muir are not aligned with any political party. As a group we enjoy cross party support, and as such we do not engage or offer any opinion on contemporary politics. There was only one politics in Muir’s time. You either had a vote or you didn’t.

“All are welcome to join us on this historic walk. It has taken over a year and a half of planning. Edinburgh City Council wasn’t keen at first to have road delays or closures, but when we met and explained the historic nature of this event, they were more than happy to assist. It will be a very rare and special opportunity to walk through the street of Edinburgh, led by the Milngavie Pipe Band. We’ll be celebrating history by making history”

The event, which starts at 9.45am in Calton Cemetery, will feature a short dedication service from the reverend Graham Finch of Cadder Church, where Muir was a parishioner in the late 18th century.

Thomas Muir was tried and found guilty of ‘sedition’ in 1793, then banished to Botany Bay for 14 years. However, Muir escaped leading to adventures towards revolutionary America and France.

Fiona McLeod MSP, who represents Muir’s home town of Bishopbriggs, added: “I am looking forward to welcoming the marchers at the Scottish Parliament. This is such a significant anniversary not just for Scotland and my constituency but one that has international resonance. The organisers of the march and the year of commemoration are to be congratulated for all their hard work”

The event is part of 19 events staged between September and November as part of the Festival of Thomas Muir.