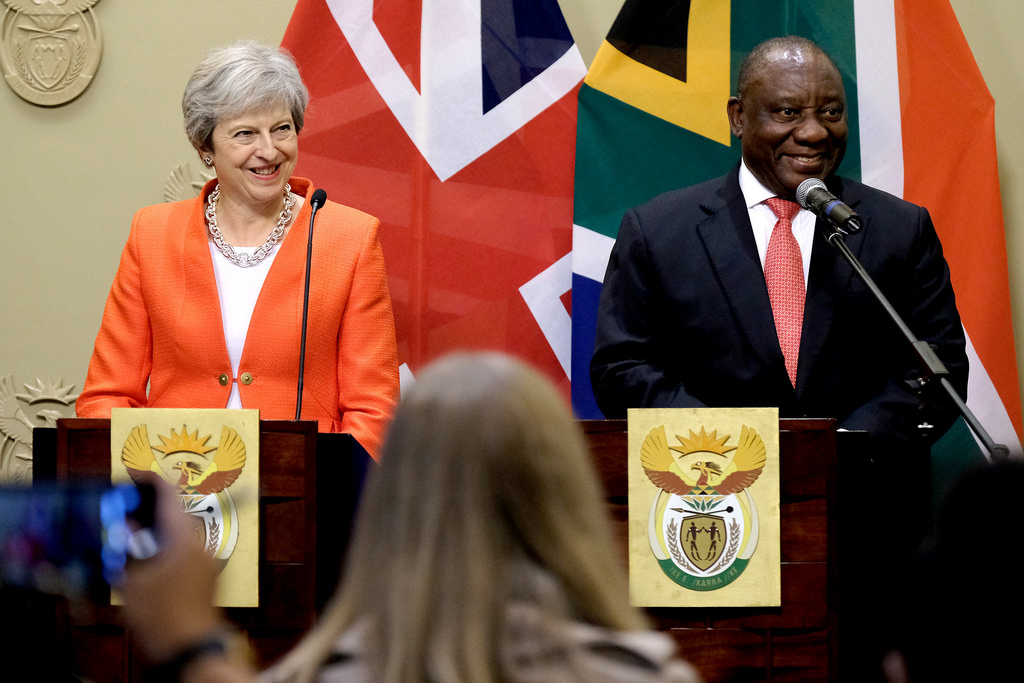 CAMPAIGNERS have warned that a change in the direction of UK aid policy could see an independent Scotland funnelling public funds into the explicit promotion of UK state interests, if the proposals of the SNP’s Growth Commission were to be followed.

As she begins an important trade trip across Africa, Prime Minister Theresa May has said that she is “unashamed” in using UK aid to promote the British state’s commercial and geopolitical interests – a stark change in rhetoric on the purposes of foreign aid.

However, the Growth Commission (GC), which was published in May and is designed to inform post independence Scottish economic policy, recommends that Scotland should continue to pay into the rest of the UK’s aid funds immediately upon independence, or even indefinitely, as part of annual solidarity payments for covering historic debt obligations and shared services with rUK.

Head of policy and research at the Common Weal pro-independence think tank Dr Craig Dalzell warned that Scotland could in this scenario end up subsidising UK foreign policy, even as it embarks on projects many Scots would object to.

He said: “Foreign aid is almost never used for purely altruistic purposes. It is too often used as a lever for political and/or economic ends. Ends that a post-Brexit UK will be particularly desperate to forge.

“Under the Growth Commission’s recommendations, an independent Scotland wouldn’t have a foreign aid policy but would instead just give money to the UK ‘for a transitional, or indeed, an extended period of time’.

“If such aid money is then given to countries for the express purposes of promoting British business interests – as May now openly claims – then it raises questions for supporters of the Growth Commission’s proposals.

“Scotland must have its own policy on foreign aid and international outreach operational by day one of independence. Only then can Scotland address its own interests in the world and promote the interests of the world without our money being subverted for the promotion of the economy of the remaining United Kingdom.”

This proposal follows the argument of the GC in general, described by its chair, corporate lobbyist Andrew Wilson, in The Herald as “the softest possible independence” option, which includes continuing to use the sterling currency informally, a policy known as Sterlingisation.

Accompanying May on the Africa trip are 29 big business representatives, as the Prime Minister seeks to reassert UK influence in countries formerly part of the British empire, including Kenya, Nigeria and South Africa. UK foreign aid is typically channelled through private British firms and the budget is increasing as it trys to encourage new trading partnerships ahead of Brexit.

Read more: The currency debate that won’t be heard at SNP conference

Warning about the change in aid and trade policy, Nick Dearden of Global Justice Now said it had “crossed a red line”.

He stated: “The Prime Minister is today laying out a deeply regressive vision of aid which takes us back to the 1970s – a time when aid was not about creating a fairer world but about helping western countries to generate more business for their own corporations.

“The whole point of aid should be about redistributing wealth and creating a more equal world. By spending aid helping British corporations and developing British trade, you will rather see aid increasingly used to make inequality much worse in the world. That’s why, in this speech, May has crossed a red line.

“Of course Africa can benefit from trade and investment, but only when corporations are properly regulated and taxed and when it does not displace economic relations with neighbouring states. Otherwise, it is nothing but a recipe for exploitation that increases poverty and inequality.

“May’s speech today holds out the possibility of British taxes being spent helping some of the biggest corporations to make even bigger profits from Africa, and creating a government fund that can be used to bully and cajole African countries who ‘step out of line’. This is a betrayal of all those who campaigned for a proper aid budget as a step towards building a fairer world.”

Liz Murray, the Scotland organiser for Global Justice Now, told CommonSpace in May that they “don’t agree” with the Growth Commission’s proposal to pay into the UK’s aid package.

She added: “Instead, with more powers or with independence, Scotland could do something quite different and could base its overseas aid programme on a completely different set of principles.

“So, we could look at overseas aid as a form of global wealth redistribution from the richest to the poorest and as compensation for the fact that countries like ours got rich by pulling resources out of developing countries.”

“The Prime Minister’s vision of using the country’s aid money to expand African markets for the private sector will do nothing to address the underlying causes of poverty or inequality.”

A member of the GC was contacted but could not respond by time of publication.