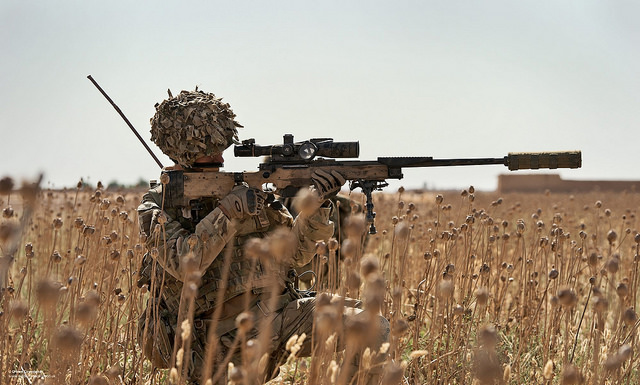 CAMPAIGNERS concerned about potential military recruitment in Scotland’s schools have welcomed recommendations made in a new Scottish Parliament report on the matter.

Published on 4 June, the report ‘Ensuring greater scrutiny, guidance and consultation on armed forces visits to schools in Scotland’ has been delivered after two years of deliberation. In the report by the Holyrood’s Public Petition’s Committee, it recognises the concerns of the petitioners and other campaigners, including ForcesWatch and the Scottish Quakers.

Notably, the report tackles the controversial question of whether armed forces visits to schools can be considered an attempt at military recruitment. Although the report reflects the various conflicting opinions on this issue, with the committee unable to conclude whether “such activities constitute an explicit act of recruitment”, they did state that these activities could “form part of the recruitment journey.”

Emma Sangster of ForcesWatch commented following the report’s publication: “We are very pleased that the Committee has recognised the underlying concerns of this petition and assessed it in terms of children’s rights, in line with the Scottish Government’s established practice.”

“We hope that the assessment will also consider some points of particular concern, such as visits to primary and special schools, and take a detailed look at the materials and activities across the range of armed forces visits to schools.

“There is clearly a strong recruitment aspect to military visits in schools across Scotland,” Sangster argued. “The Committee itself has noted this, saying visits ‘form part of the recruitment journey’. We are pleased that it has been recognised and call for greater oversight of recruitment in schools.”

“There is clearly a strong recruitment aspect to military visits in schools across Scotland.” Emma Sangster, ForcesWatch

Mairi Campbell–Jack, Scottish Parliamentary Engagement Officer for Quakers in Britain, also commented: “Quakers are led by their beliefs to be concerned about the increasing militarisation of society and our education system.

Juliet Harris of Together: Scottish Alliance on Child Rights added: “The UN has repeatedly raised concerns at the age at which children are recruited to the armed service across the UK, and that children from vulnerable groups are disproportionately represented among new recruits.

“We welcome the call from the Public Petitions Committee for the Scottish Government to carry out a child rights impact assessment on military visits to schools and hope that this is the first step towards the UK meeting its wider obligations to children’s human rights.”

Recommendations made by the commission include a new Child Rights and Wellbeing Impact Assessment to consider the appropriateness of content and balance, both within presentations made by the armed forces and within the wider curriculum given to Scottish pupils. Consultation with parents on this matter may also be considered.

The committee also recommended that careers information provided to young people should reflect the challenges and risks involved in being in the armed forces, so that they are fully informed should they wish to pursue such a career.

Additionally, for the benefit of greater scrutiny of armed forces activities in schools, the committee also recommended that data pertaining to these visits should be made publicly available by the Ministry of Defence (MoD).

“The UN has repeatedly raised concerns at the age at which children are recruited to the armed service across the UK.” Julie Harris, Together: Scottish Alliance on Child Rights

“It can, however, be very different from many of the career options that young people consider, which is why we believe that the Scottish Government should undertake a child rights and wellbeing impact assessment to make sure that the information being given to our young people is appropriate.

“It is also important that armed forces visits should reflect both the opportunities and the risks associated with a career in the armed forces.”

The Scottish Government has said it will consider the committee’s recommendations, and that it expects armed forces visits will not “seek to exert undue or inappropriate influence”.

Prior to the report’s publication, the MoD and the British armed forces gave oral evidence to the committee last year, in which one senior army member claimed that their engagement with young people in schools had ‘matured’ since 2014. This claim was contested by several petitioners.

While providing evidence to the committee, the armed forces denied that they target schools in deprived areas of Scotland for the purposes of recruitment.

Addressing concerns over “potential targeting of schools in areas of high economic deprivation,” SNP MSP Rona Mackay highlighted figures from 2010 to 2012, showing all army visits were made to state schools, with one school visited an “extraordinary” 31 times.

Brigadier Paul Buttery, the Ministry of Defence’s Head of Training, Education, Skills, Recruiting and Resettlement, told MSPs the forces only visit schools when invited by the head teacher.

Buttery stated: “I know now there is no targeting of schools, based on gender, on social background or on the relative level of deprivation in any surrounding area.”

However, Buttery reportedly refused to comment on whether a more aggressive targeting strategy was employed by the armed forces before 2014.