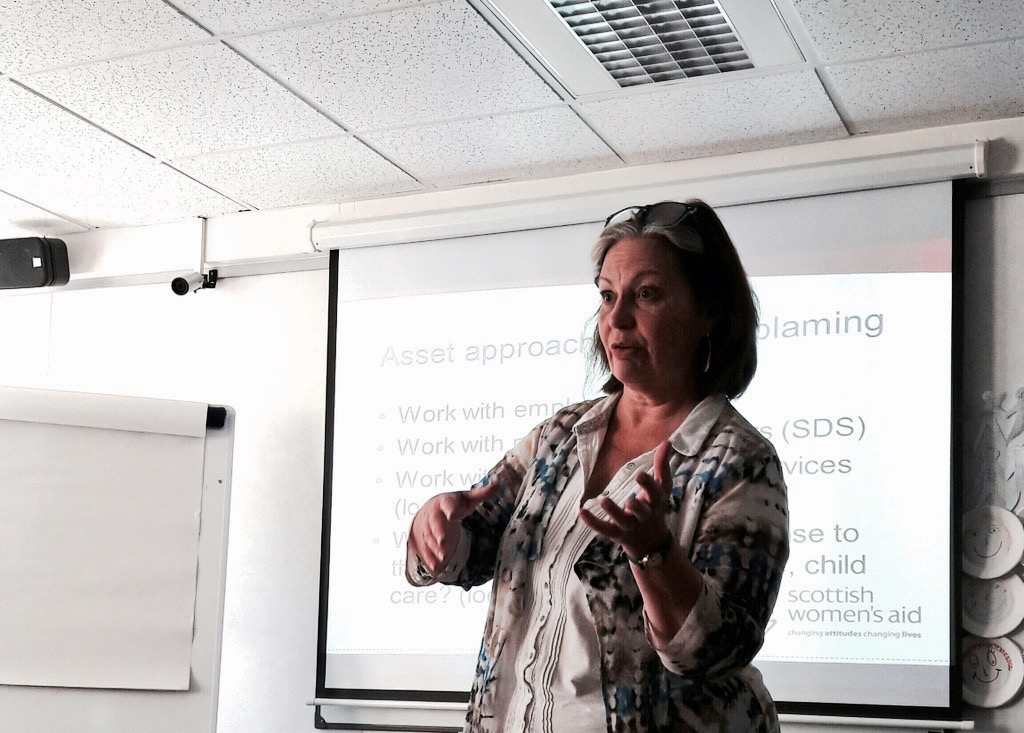 SCOTTISH WOMEN'S AID (SWA) have welcomed moves by the Scottish Government to pass a new Domestic Abuse Bill which will hold to account abusive partners and recognise coercive behaviour as a new offence.

The women's advocacy group responded to cabinet secretary for justice Michael Matheson who said that existing legislation had not taken in to account the sustained psychological abuse inflicted upon women in abuse relationships.

Yesterday's debate in parliament followed the announcement by the Scottish Government in their programme for government last week and covered the evidence given by groups such as the SWA.

"These new powers provide us with the opportunity to transform Scotland’s response to domestic abuse to reflect women’s lived experience." Dr Marsha Scott

Dr Marsha Scott, chief executive officer of SWA stated that the Domestic Abuse Bill was a potentially significant move towards eradicating domestic abuse in Scotland, she said: "Domestic abuse encompasses a great deal more than physical violence and it is right that the patterns of coercive and controlling behaviour experienced are reflected in Scottish legislation.

"For years many women have been telling us that physical violence plays only a small part – if at all – in their experiences. These new powers provide us with the opportunity to transform Scotland’s response to domestic abuse to reflect women’s lived experience.

"We hope that the introduction of this bill in the Scottish Parliament will provide the opportunity to raise awareness of domestic abuse in Scotland as one of the most egregious violations of women, children and young people’s human rights and we welcome the Scottish Government’s continued commitment to ending violence against women.

"This is a significant step towards a Scotland where women, children and young people are safe from domestic abuse in all its forms, and we look forward to working with politicians, our partners and the Scottish Government to ensure that this legislation is amongst the best in the world."

The determination of the chamber were summarised by Katie Forbes the SNP MSP for Skye, Lochaber & Badenoch who, said: "To every individual whose home is a torture chamber, who conceals psychical and psychological scars and who lives in fear of a tyrant, a tyrant who controls, humiliates and degrades I hope the Scottish Government’s Bill will send a strong message."

Between 2014 to 2015 almost 60,000 cases of domestic abuse were reported to Police Scotland and 79 per cent of these incidents had a male perpetrator and female victim.

Cabinet secretary for justice Michael Matheson, said: "We know the effects of controlling and coercive behaviour can isolate the victims, separate them from their family and sources of potential help, and can take years to overcome.

"Our consultation underlined the need for careful consideration of the legislation to ensure it can capture complex and controlling behaviour. That’s why we’re working with support providers, police and prosecutors to ensure the new offence is effective in criminalising psychological abuse.

"Abuse can be physical abuse, but we know it can also be a more subtle pattern of coercive and controlling behaviour and we need to do more to ensure that perpetrators know that they will face prosecution and ensure the support is there for victims."