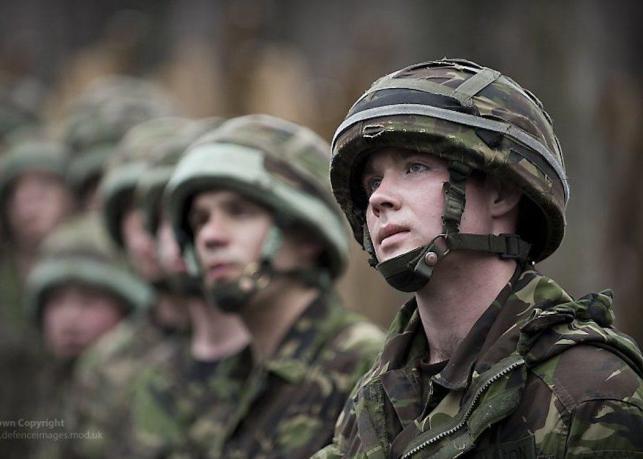 THE MILITARY WATCHDOG ORGANISATION pressing for a government investigation into school military recruitment has welcomed the decision of MSPs to begin an enquires on the issue.

Forces Watch and Scottish Quakers' evidence to the parliament’s petitions committee was welcomed yesterday (Thursday 15 September) with a unanimous decision taken to begin contacting relevant public bodies for their positions.

Peace campaigners criticise army recruitment targeted at young people through school visits. They told MSPs that visits seek to "glamourise" the experience of the army without explaining the realities of violence and the psychological pressures of warfare.

Emma Sangster, coordinator for ForcesWatch who spoke at the committee meeting, said: "We are very happy with the positive outcome of the hearing. The Public Petitions Committee clearly saw our point – namely that there is need for more transparency, guidance and oversight on the issue of military visits to Schools in Scotland.

In March CommonSpace published emotional testimony from ex-forces personnel Conor McAllister (ex-navy) and Geoffrey Martin (ex-army) on their experiences, including the impact of deaths, early recruitment, and the lasting legacy of the Iraq War.

"We welcome the fact the committee wishes to take our petition forward and seek the views of other stakeholders over military visits; especially student, parents and teacher organisations, local authorities and indeed the military itself.

"There are a number of points to address here – around the process of recruitment in schools and access to children within the education system for this purpose, the rights of pupils and parents, the number and distribution of military visits and who has overall authority over such visits.

"We remain at the disposal of the committee and Scottish Parliament and thank them for engaging with us and Quakers in Scotland on what is most certainly an important issue for pupils, families and the education community across Scotland."

Campaigners previously compiled military data which revealed a "disproportionate" 1783 visits to 377 Scottish education institutions across a two years, with at least a third of visits including careers advice.

In March CommonSpace published emotional testimony from ex-forces personnel Conor McAllister (ex-navy) and Geoffrey Martin (ex-army) on their experiences, including the impact of deaths, early recruitment, and the lasting legacy of the Iraq War.

McAllister and Martin, who now support pro-diplomacy network Veterans for Peace, support the campaign to bring greater transparency to military recruitment in schools.

The campaign, which won support from over 1000 people for its petition, now awaits responses to the committee and further correspondence.