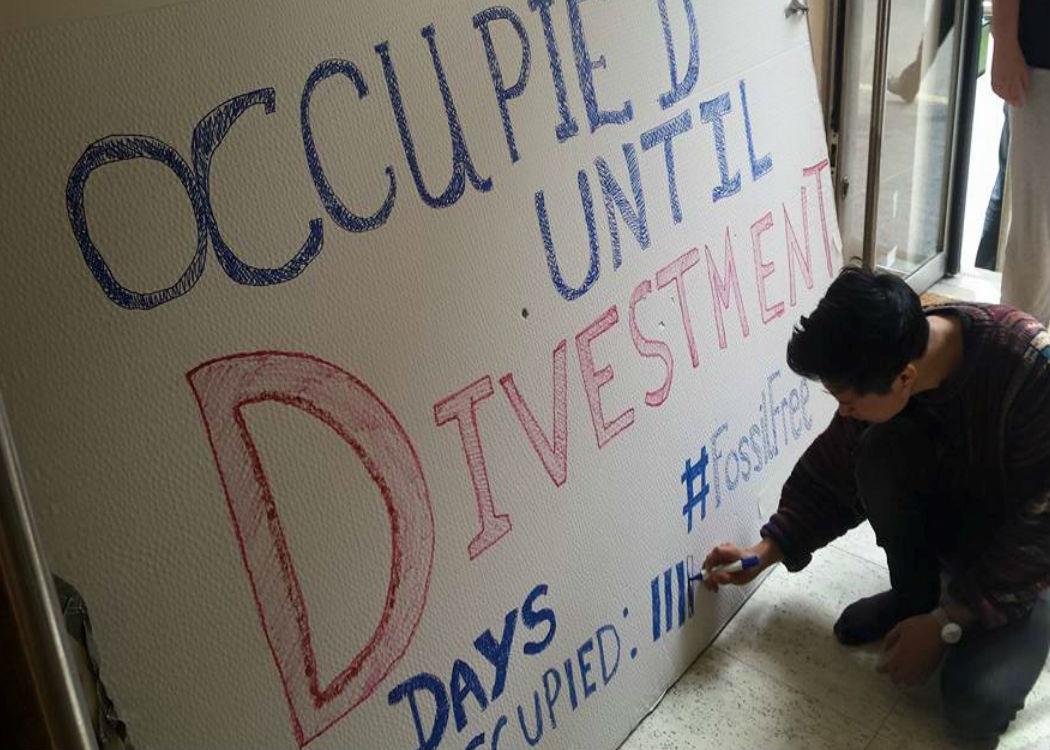 THREE years of campaigning, months of lobbying, and a 10-day occupation have finally paid off for students after the University of Edinburgh announced it will divest from three major fossil fuel producers.

Student campaigners and politicians welcomed the announcement which seemed to go further than a previous statement from the university which prioritised engagement over investment.

The initial position had led to a student occupation of the university’s finance department which involved accusations of heavy-handed conduct from outsourced security (click here to read more).

In a statement on its website, the University of Edinburgh confirmed that it would be targeting companies involved in tar sands and coal production: “The University is writing to three of the world’s biggest fossil fuel producers to inform them that it intends to fully divest from their activities within the next six months,” it stated.

“We are glad to see the university finally accept that there are lower carbon alternatives to coal and tar sands, but it should have never taken this long.” Kirsty Haigh

Kirsty Haigh, student campaigner with Edinburgh People and Planet and NUS Scotland VP Communities welcomed the news: “We are glad to see the university finally accept that there are lower carbon alternatives to coal and tar sands, but it should have never taken this long.

“The university is pledging to ‘engage’ with these companies for the next four weeks before divesting, but has refused to outline what that means.

“These companies pour millions into greenwashing and it is crucial that the university is not bought over by this, and that they follow through and fully divest from them.”

Among those who visited the occupation to show support for students was Nobel Prize winner Graciela Chichilnisky, and MSPs John Finnie and Alison Johnstone. Senior figures such as author Naomi Klein also supported the occupation.

Green MSP Johnstone also spoke out in favour of the new position and said that credit must go to students who campaigned on the issue.

“This shift in position is welcome. Edinburgh University’s reputation was clearly being damaged by a very poor decision not to divest from unsustainable fuels. Credit must go to the students who staged a sit-in and campaigned to build broad public support for a change in policy. I was pleased to join them and praise their principled stance,” she said.

“While the new position only appears to affect coal and tar sands, it is a step in the right direction. The university’s pledge to engage with these companies will only buy a short amount of time; they will need to start divesting soon.

“Edinburgh needs to catch up with the likes of Glasgow University on this issue. Actions not words are what matter.”