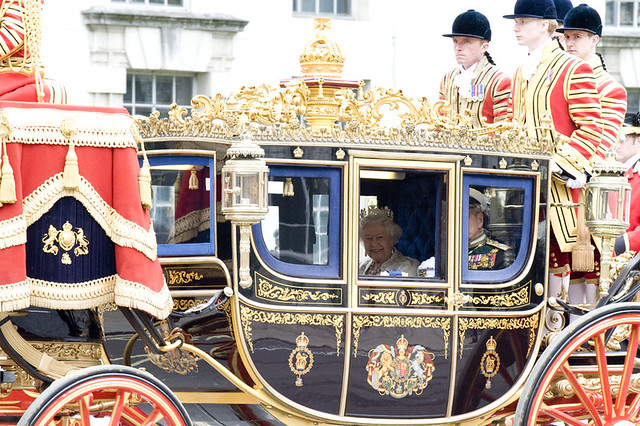 Republic campaigners call for an end to Britain’s constitutional monarchy

ANTI-MONARCHY campaigners have renewed calls for an end to Britain’s constitutional monarchy and a democratic head of state, following the Queen accepting Prime Minister Boris Johnson’s request for the prorogation of the UK Parliament, widely seen as a move to prevent MPs blocking a No Deal Brexit.

Johnson surprisingly announced plans for a Queen’s Speech on Wednesday [28 August], which occurs at the beginning of a new session of parliament and is preceded by a break in parliament sitting. The Queen’s Speech has been set for 14 October, with the prorogation beginning in the week beginning 10 September, shaving off crucial time which opposition MPs sought to use to introduce legislation to block a No Deal Brexit.

The Queen, as head of state, has royal prerogative to reject such a request from the prime minister, but it would be unprecedented in recent times to do so, with convention being that the Monarch accepts the advice of her Ministers.

With over half a million people already signing a House of Commons petition opposing prorogation, Johnson’s manoeuvre and the Queen’s approval has led to questions being raised about the structures of UK democracy.

Professor Richard Murphy tweeted that “The Queen’s signed the death sentence for the constitutional role of the monarchy”, a view concurred with by SNP MP Angus MacNeil, who replied: “If Hard Brexit is the expected disaster in November this is probably true.”

Herald columnist Neil Mackay responded to the news that the Queen had accepted Johnson’s request by tweeting: “Can we abolish the monarchy now please?”

Scottish Greens co-convenor Patrick Harvie MSP said: “Those who defend the UK’s unwritten constitution often say the Queen must be “kept out of politics”. The Government is now asking her to suspend Parliament for an explicitly political purpose – one for which there is no mandate. Any Head of State worthy of the title would say no.”

Writer Will Hutton compared Britain’s political crisis to that of Italy, tweeting: “In Italy an elected head of state – President Mattarella – is saving the country from partisan populist chaos. He alone can dissolve or prorogue parliament. Here the Queen is the PM’s stooge. We need a written constitution and an elected President.”

Graham Smith, CEO of Republic, the anti-monarchy campaign for a democratic head of state, said that it was now possible that the Brexit crisis could become a “royal crisis”.

Smith said: ”Boris Johnson has thrown British politics into a deep crisis, and has shone a spotlight on the impotence of the Queen and the role of the monarch’s powers.”

“Already people are petitioning the Queen to intervene, but she won’t.  Not because she can’t, but because the Queen’s first priority is always the preservation of the monarchy.

“But Johnson’s decision to prorogue parliament has created a unique crisis for the Queen.  The convention is that the Queen does as she’s told by the PM.  But in normal times the PM has the full support of a majority in the Commons.

“Constitutionally the Queen is free to decide whether or not to go along with the government’s plans or support the sovereign parliament.

READ MORE: ‘Ignorant and insulting’: Anti-racist activists push back on image of the royal wedding as a beacon of progress

“Instead we have an impotent head of state who will serve the prime minister’s agenda at the expense of any other consideration.

“Will the public care about the constitutional niceties?  How much the Queen fulfills the public’s expectations and hopes will determine how much the parliamentary crisis becomes a royal crisis.”