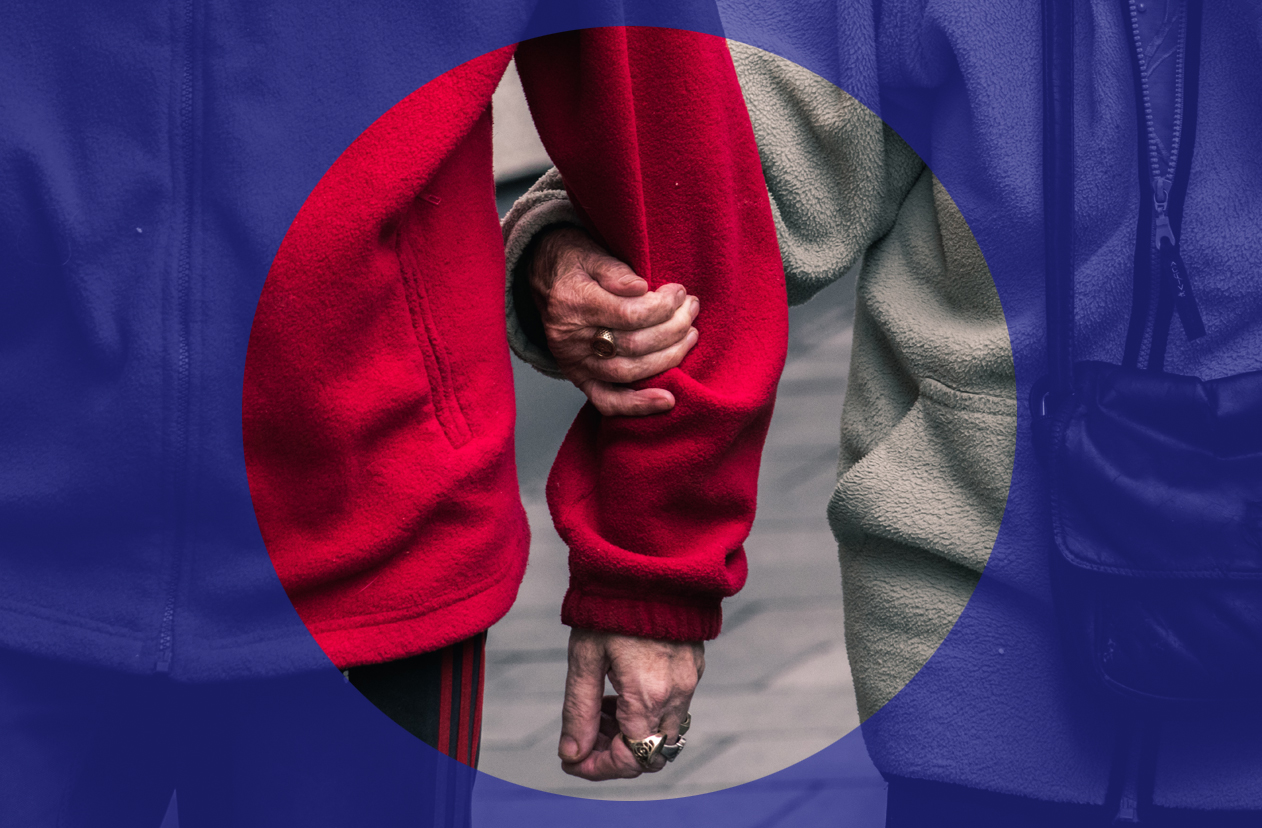 Deep-set demographic changes across the whole western world bring massive consequences for how we live, yet neither states nor markets are matching these new realities.

The pandemic has proven that that the care system is totally irrational from every perspective other than profitability, David Jamieson finds.

When the pandemic finally took hold in UK care homes, it counted a tragic toll. In Scotland, 45 per cent of all deaths (1446 people) have occurred in care homes, according to the latest statistics published today from the National Records of Scotland.

At Home Farm nursing home in Portree, more than 50 residents and staff fell ill, and six died within a matter of days. It transpired that some of the home’s staff had been bussed in from as far afield as Kent to make up for staff shortages in the notoriously low-pay, poor conditions industry, breaching lockdown measures. Across Scotland, infection rates in some care homes have risen to as high as 73 per cent.

The figures make a nonsense of the way infection and death rates have been measured since the start of the crisis. Excess mortality in the UK has broken 50,000 and care homes make up a hugely disproportionate part of that figure.

Just as importantly for the long term health of millions of people, the virus has exposed the dysfunctional nature of not just care homes, but our whole burgeoning care economy in an ageing society.

Deep-set demographic changes across the whole western world bring massive consequences for how we live and organise the economy. And yet, neither states nor markets are matching these new realities.

At 43, the average age in Europe is 12 years higher than the global average, reflecting both increased life expectancy and decreased birth rates. From 2021 Europe’s population is expected to begin contraction. This pincer movement is driving an inevitable social reality; the population is becoming older, less able to work, and more dependent on care services.

The nascent ‘care capitalism’ which is responding to this reality is dealing with it as capital does all phenomenon, by trying to commoditise care services and extract a profit from the labour used to create and deliver them, as well as turning the physical infrastructure of care homes into indebted entities for financial speculation. States have responded by vacating their responsibilities to allow new corporate enterprises to move in.

So on the one hand, the care sector itself (which includes many services including nursing homes and in-home care) is dominated by major firms. The UK industry is valued at approximately £46 billion per annum, of which the care home segment represents around £16 billion. The sector provides jobs to around 6 per cent of the total UK workforce.

At the same time a massive 1.5 million older people say their care needs are not being met. Yet this only represents a small proportion of all those who require care, and who are not having their needs covered. The shortfall in care and personal assistance for disabled people was huge before the crisis, and worsened during years of austerity. Under coronavirus, care services have collapsed.

Between January and April this year, the number of home care packages supplied by local authorities and health boards collapsed by 35 per cent in Glasgow, 27 per cent in Inverclyde and 20 per cent in West Dumbartonshire. The very council areas with the highest proportion of disabled citizens following the social disaster of de-industrialisation, also have the most stretched and weakened provision.

How is society even continuing to function with this level of dysfunction in its capacity to meet the most fundamental needs of millions of its citizens? The answer is growing amounts of unpaid labour, particularly by women.

For example, across the UK there are 1.25 million ‘sandwich carers’ – that is, persons who are involved in unpaid and unsupported care work for both children and elderly relatives. 68 per cent of them, approximately 851,000, are women.

The strain on some parts of society, particularly middle aged women, is almost unbelievable. Of women contributing 35 hours of care work or more per week, 49 per cent are also working full time in paid labour.

This is the classic logic of ‘accumulation by dispossession’. The state withdraws from (or simply never enters) areas of ‘social reproduction’ (child-rearing, adult care, domestic labour, and various forms of social, emotional and communicative labour) creating enormous need. The private sector then monopolises ‘effective demand’ (the portions of need with money to back them), leaving society, and therefore the possibility of future profits, to be reproduced by unremunerated and typically unrecognised labour.

At the same time, increasing work hours, indebtedness and the housing crisis create bottle-necks exploited by care homes, who offer one of the few available solutions for those with the most profound care needs. This creates an important path dependency in a crisis, whereby the only solution appears to be to pour more state spending into the black-hole of debt-laden, tax-haven owned care home providers, especially if they are failing to provide for those in their care.

One example of this is the aforementioned Home Farm care home in Portree: owned by HC-One, the largest private care provider in the UK, it has failed repeated inspections at the care home by having a shortage of sufficiently qualified staff, all the while it’s top paid director earns £808,000 per annum. In the midst of the crisis at Home Farm, it’s chief executive Sir David Behan (formerly of the Care Quality Commission) has taken to the airwaves to demand more state money.

“One of the issues this virus has exposed is the underfunding of adult social care throughout the UK,” Behan said.

But just because the system works for those on the profit end, it doesn’t mean in will endure forever. This is an irrational organisation of society that is driving its own destruction. The burden of unpaid labour is becoming too heavy, the care needs of millions too pressing.

Some have hope that changes in capitalism will drive solutions, such as automation. But this misunderstands the uniquely human dynamics of care.

Experts in AI have long understood that our current paradigm of computer technologies are good at performing logical, logistical and organisational tasks. No human can beat a computer at chess, or mathematics. But we are a very, very long way from placing a baby in robot arms. Creating machines or computerised systems that can understand what dignity is, or why a child feels scared, a teenager alienated or an older person lonely, is even further off, and some scientists and philosophers actually believe that recreating these capacities outside of humanity is practically impossible.

In which case, a social response is required to meet the crisis. This would pose at least two essential changes.

Firstly, a massive economic pivot towards the new realities generated by the demographic crisis. Conditions in care homes are unacceptable, and will only get worse under the profit motive. A universal provision of care to match the ideal of a universal provision of health is necessary, and this would be sufficiently funded, researched and strategised so as to create new ways to provide care in communitarian and humane settings.

Secondly, an enormous social change. Care must be both remunerated, and expected. A universal social expectation that all are expected to be involved in care would be needed to replace existing gender and class stratifications.

At the same time, care would no longer be viewed as something people should be expected to get on with for the benefit of reproducing the basis upon which others derive profit. Rather it would be a central operation of society above profit, and it would be financed in this way. People would not be expected to lose money, opportunities or their mental health in order to play their part.

Along with other massive challenges facing civilisation, like climate change, the future of care is a seminal question for our generation, and one which will define much else.