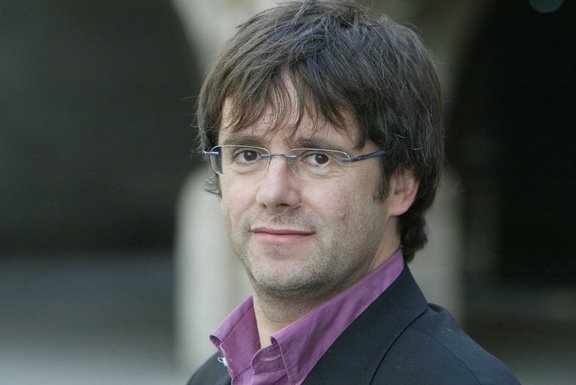 Speaking in Denmark, the Catalan leader declares his hope to govern from Barcelona

CARLES PUIGDEMONT, the Catalan president deposed by the Spanish Government following its imposition of direct rule, has declared in Denmark today that he hopes to return to Catalonia, saying it would be “an important step to restore the democratic situation.”

Puigdemont was re-elected to the Catalan parliament in December and remains a favourite as nominee to re-assume the Catalan presidency, but still faces arrest by Spanish authorities for his involvement in the outlawed Catalan independence referendum last year and the subsequent declaration of a Catalan republic.

Puigdemont has largely remained in Belgium since charges were brought against him, along with several other pro-independence Catalan parliamentarians, but visited Denmark in order to make a public address at the Danish Parliament and clear up confusion about his intentions, following controversy regarding the possibility that he might try to govern from abroad.

Puigdemont did not rule out attending the Catalan Parliament’s investiture debate, which would help cement the formation of government, and said that he is “working to be there in order to start a debate with the rest of the representatives” and also to “start a dialogue with the Spanish authorities.”

However, Puigdemont remains aware of the possibility of arrest should he return to Barcelona. “If I entered the Catalan Parliament now, I would be arrested,” Puigdemont said. “This wouldn’t help solve problem. Dialogue and negotiation are the best tools to solve the problem.”

However, the Spanish Government remains opposed to any negotiation, and has stated it will increase surveillance measures to ensure that Puigdemont will be arrested if he crosses the border into Spain or Catalonia.

“If I entered the Catalan Parliament now, I would be arrested.” Carles Puigdemont

Spanish Interior Minister Juan Ignacio Zoido said on Tuesday that plans are being put into place to prevent Puigdemont from entering the country, telling the broadcaster Antena 3: “We are very worried, because we don’t know what a person with this behavior might do.”

Observing that it was difficult to guard against all the ways in which Puigdemont might attempt to cross in Catalonia, Zoida continued: “We are analyzing all the possibilities… We are going to make sure that he can’t even enter in the trunk of a car.”

Catalonia’s pro-independence parties have been broadly supportive of Puigdemont’s nomination for president. Puigdemont’s own party, PDeCAT, said in a statement that Spanish Prime Minister Mariano Rajoy should “not stand in the way”, as Puigdemont was “the only candidate” with majority support and that “this is the will of Catalan society.”

Sergi Sabrià, a spokesperson for left-wing Esquerra Republicana, also argued: “Puigdemont has all the legitimacy to be president of this country because he is the one who got the most votes within the republican [pro-independence] majority.”

Picture courtesy of Convergència i Unió