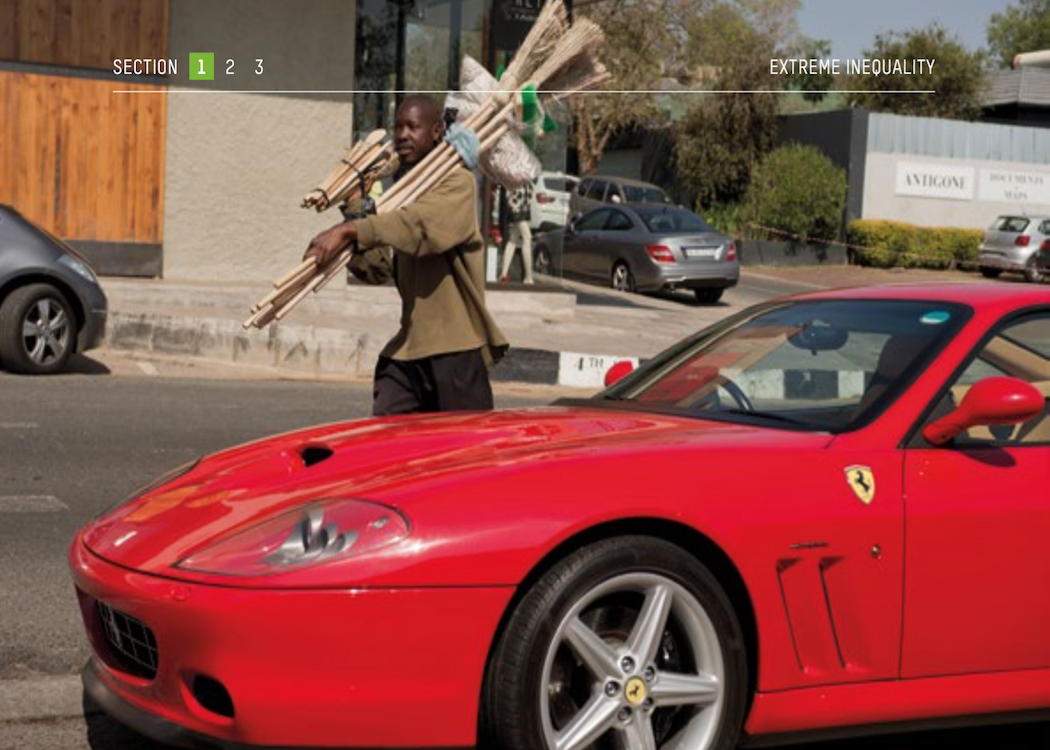 THE WEALTH of the richest one per cent grew so fast last year that it exceeded that of the rest of the global population combined – and tax avoidance through secretive havens is a major factor behind the trend.

The figures came in a new Oxfam report which shows the wealth gap to have widened faster than anyone predicted. A “global spider’s web” of tax havens, said Oxfam, is allowing the richest to hoard an estimated $7.6 trillion. This accounts for between seven and 10 per cent of the overall global economy.

But a third of these tax havens are UK jurisdictions, where the Queen is head of state, Oxfam have pointed out. Prime Minister David Cameron is now facing calls to crack down on the secretive havens. Crown dependencies and overseas territories such as the Cayman Islands and British Virgin Islands permit companies to operate in secret, paying little or no tax.

In recent years property in the south-east of England and the Highlands of Scotland has been bought up by tax-haven-registered companies, whose real owners can be difficult or impossible to trace. Investigative magazine Private Eye estimated that 750,000 acres of Scotland are owned in offshore havens, but the Scottish Government recently dropped a proposal to crack down on the phenomenon.

In the report, the authors noted that “far from trickling down, income and wealth are instead being sucked upwards at an alarming rate”.

The research found that 62 billionaires – 53 of them men – now own as much as the poorest 50 per cent of the world population.

The authors added: “The continued rise of economic inequality around the world today is not inevitable – it is the result of deliberate policy choices.

“Governments can start to reduce inequality by rejecting market fundamentalism, opposing the special interests of powerful elites, changing the rules and systems that have led to today’s inequality explosion, and taking action to level the playing field by implementing policies that redistribute money and power.”

World leaders will head for Davos in Switzerland shortly for the World Economic Forum. Long criticised for its exclusive and secretive nature, the WEF runs from 20-23 January this year. Its activist counterpart, the World Social Forum (WSF) last year convened in Tunis with a commitment to “tackle the damaging power of the one per cent”. In 2016 the WSF takes place in Montreal from 9-14 August.

In 2013 Oxfam published research which showed the $120bn needed to meet the millenium development goals for poverty, education and health, could be paid twice over by closing the ‘tax gap’ and tackling the tax loopholes and evasion.

Commenting in the report, Kofi Annan – chair of the Africa Progress Panel and former secretary general of the United Nations – said: “The widening gap between rich and poor is at a tipping point. It can either take deeper root, jeopardizing our efforts to reduce poverty, or we can make concrete changes now to reverse it.

“This valuable report by Oxfam is an exploration of the problems caused by extreme inequality and the policy options governments can take to build a fairer world, with equal opportunities for us all. This report is a call to action for a common good. We must answer that call.”