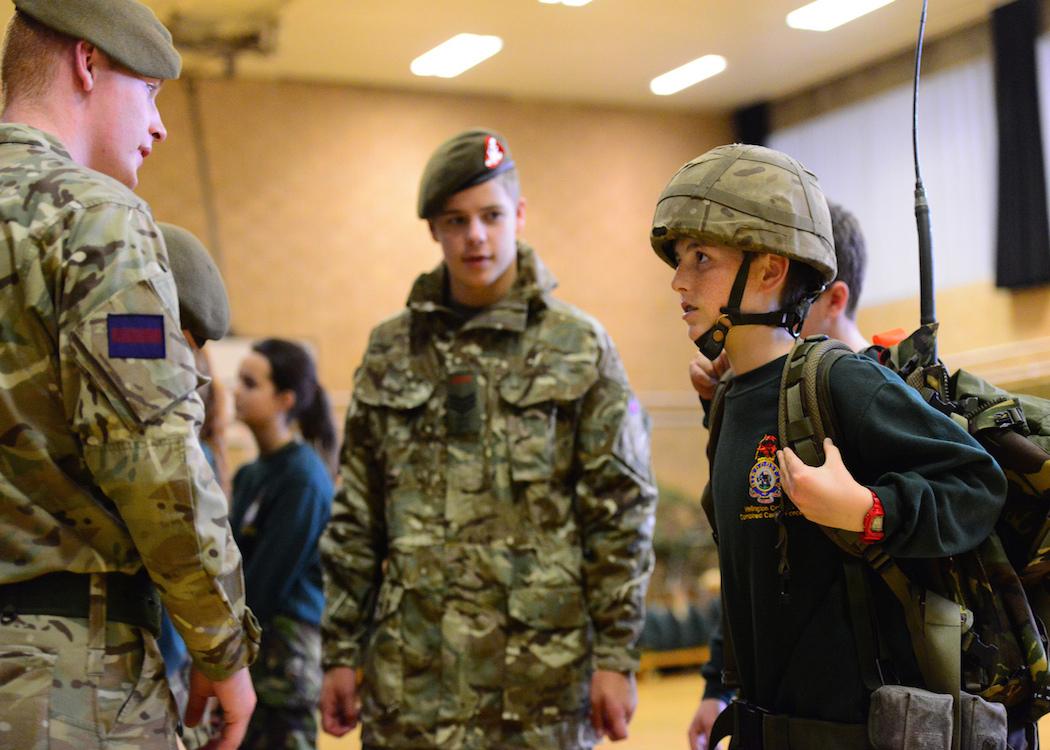 THE UK MILITARY should stop targeting children as “cannon fodder for rich people’s wars” through school recruitment, according to socialist campaigner Cat Boyd.

Boyd has backed the campaign to investigate the “disproportionate” number of visits to schools by military personnel , who are accused of exploiting young people into joining the military from as young as 15.

Forces Watch, a military reform group, and the Quakers faith group have launched a petition to the Scottish Parliament in favour of increased transparency and scrutiny of armed forces visits to schools.

“Schools are for education, not the military. I support the campaign against targeting children for army recruitment.” Cat Boyd

Boyd, who is running on the Glasgow list in May’s Scottish elections, said: “Schools are for education, not the military. I support the campaign against targeting children for army recruitment.

“Our children are not cannon fodder for rich people’s wars. Despite millions taking to the streets against for 2003 invasion of Iraq, young women and men were sent to die in an illegal war without proper equipment. I think the majority of people want to pay respect to the men and women who die in conflict, so I hope they’d back Rise’s position to end military recruitment at schools.”

In its first few days over 300 people have supported the campaign for a government investigation .

The UK has the youngest military recruitment age of any European nation – with applications accepted from 15 years and seven month , followed by enlistment from 16.

Earlier this week Rory Steel, SNP youth vice-convener, criticised the targeting of young people in Scotland’s schools. He said the military system “preyed on and sought to exploit” those facing “poverty and desperation”.