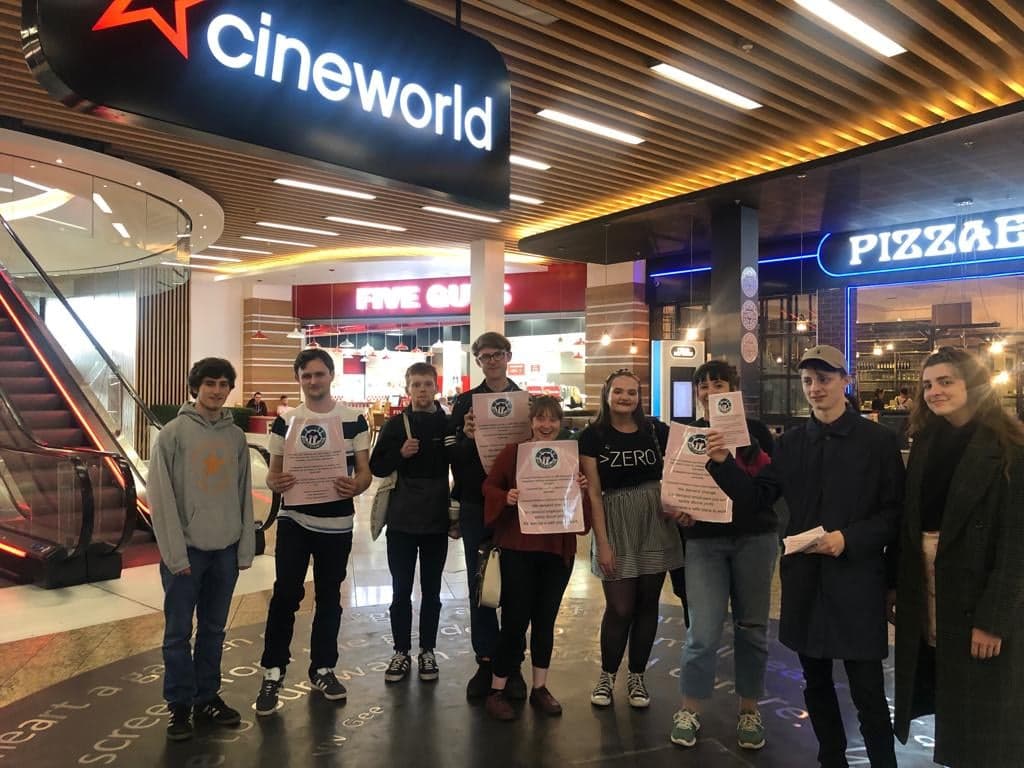 Protest held at Silverburn and Renfrew Street cinemas in Glasgow

TRADE UNION campaigners have protested at the opening night of Spiderman: Far From Home at Cineworld cinemas in Glasgow, challenging what they claim is a “culture of harassment” faced by women working for the company.

The protest on Monday [8 July] – led by the Better than Zero campaign, which organises against casualised and precarious work – took place at the Silverburn and Renfrew Street cinemas, and was held in response to calls from a number of staff in the city who feel the company’s management procedures regarding sexual harassment have let them down.

Better Than Zero spokesperson Sherene Nelson-Cruddas said: “This action is not about superheroes swooping in to attack the company. We took action because workers asked for support as they work to challenge the culture of harassment in the cinema.

“When you are on a zero-hour contract and at the mercy of bad bosses there is little you can do alone to challenge these cultures. By coming together, and drawing on support of workers elsewhere in the sector, we can start to cut through the webs of harassment that develop when there are no plans in place for making workplaces safer and more secure.”

Better than Zero protestors say they were roughly forced off the Renfrew Street site while protesting. 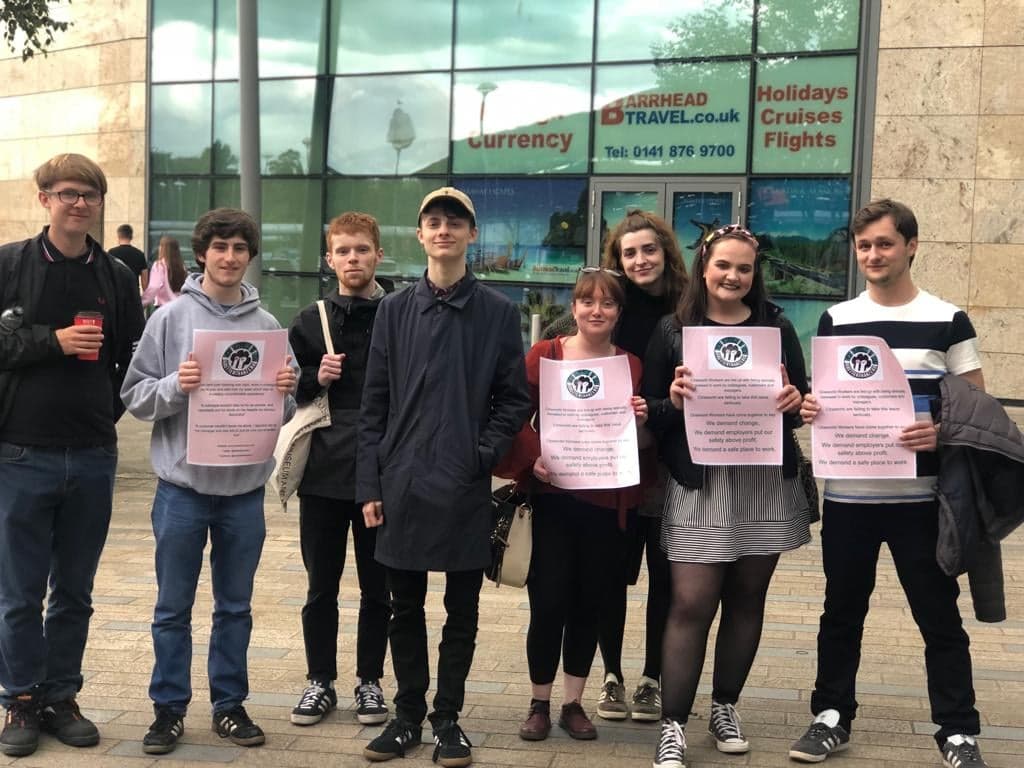 One anonymous Cineworld staff member said: “Time and again we’re witnessing abusive men who are reported but let off scot-free. It ranges from inappropriate touching and gross messages right up to serious cases of sexual assault at staff meetings.

“Knowing the solidarity and support is there really builds confidence when we’re talking to colleagues about it, and the reaction of management makes it clear how scared they are of workers having power to change the processes and procedures around the issue.

“Ultimately we are seeking recognition for BECTU, the union, at Cineworld but a hostile management continues to reject calls for any formal meetings or to sign the Charter of the campaign.”

Responding, a Cineworld spokesperson stated: “We take claims of this nature very seriously and are surprised to hear such allegations. Any information or evidence brought to our attention will be investigated fully in line with our policies and procedures.”

The protest comes as Better Than Zero launched ‘Cat-Calling It Out’, a campaign which aims to “expose the failures of businesses across the hospitality, retail and service industries to take seriously the prevalence of sexual harassment and assault at work”.

It calls on workers to come forward and call out instances of sexual harassment and assault that have not been properly dealt with, and follows a survey from Better Than Zero the found that 100 per cent of those assaulted or harassed whilst at work felt they didn’t receive adequate support.

In June, the International Labour Organisation adopted a global set of standards on gender-based violence and harassment at work, which was described as a “milestone for women’s rights” by Krishanti Dharmaraj of Rutger University’s Centre for Women’s Global Leadership.

“There’s an obligation for governments to now ratify and implement this convention and for employers to prevent and remedy violence and harassment in a way that advances the human rights of women workers, and does so in consideration of their intersecting identities and broad range of work realities,” Dharmaraj was quoted in The Guardian as saying.

Also last month, the trade union Unison published a study on sexual abuse in the NHS, finding one in 12 NHS workers had been sexually harassed at work.

“Many nurses, cleaners and administrative workers feel they have to put up with appalling behaviour as nothing will be done. This is generally because the perpetrators are in a position of power or believe they are untouchable,” Unison assistant general secretary Christina McAnea stated following the study’s publication.

Pictures courtesy of Better than Zero