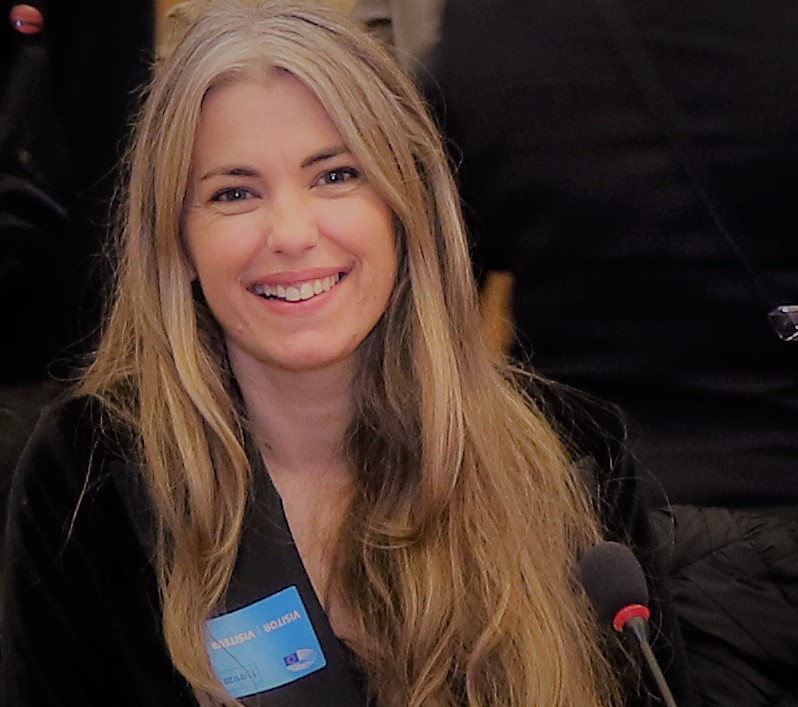 ANNA ARQUE is a leading grassroots activist of the Catalan independence movement and a founding member of the ‘National Coordination for the Popular Referendum’ campaign, which helped organize and bring about the independence referendum of 1 October despite the violence and suppression of the Spanish authorities.

Ahead of her appearance as a speaker at the upcoming Scottish Independence Convention on 4 November and a day before Spain’s national court ordered that eight members of the Catalan Government be jailed on charges of sedition, rebellion and misuse of public funds, CommonSpace spoke with Arqué about the meaning of self-determination, the adaptive threat of capitalism and the nature of Spanish repression.

Given that Catalonia has been proclaimed not only independent but an independent republic, Arqué begins by elaborating on contemporary Catalan republicanism: “I think that republican values are those that, for example, don’t stop with national freedom.

“Freedom is something that you fight for every day, because there are a lot of freedoms to achieve. A republican is never satisfied with only one freedom.

“A republican is never satisfied with only one freedom.” Catalan activist Anna Arqué

Asked about the importance and effectiveness of international solidarity, Arqué emphasized the importance of seeing Catalonia in an global context: “Martin Luther King said, ‘Injustice anywhere is a threat to justice everywhere.’ So, republicanism follows this idea.

“When you have international solidarity, when you have a struggle in any other place – it can be the forests in Brazil, the hunger in Africa, or women fighting in any other place – it’s your struggle. We should build a republic that has a very clear understanding that you cannot be happy by just having your house tidy, if the rubbish is there when you walk out the door.

Regardless of whether it achieves national sovereignty, Arqué points out, it cannot remain isolated from the threat of capitalism: “I think, from one abstract, philosophical point of view, there are policies that can be applied in any country that help fight against capitalist propaganda. Capitalism is the empire of money, an abstract monster of finance. It has no roots in any other culture because it’s just a machinery, where money is in itself is a good.

“Self-determination defines itself by people. And people are defined by collectiveness.” Catalan activist Anna Arqué

“In order to stop this monster, the key is self-determination. Because self-determination defines itself by people. And people are defined by collectiveness, and the different collectives around the world, with their particularities, their traditions and cultures, the books you write, the music you create – it affects what you buy and what you need.

“It makes it very difficult for the monster of capitalism. Because what they want is a unified culture – a culture of money.

“So self-determination is annoying to this great monster of one culture everywhere. When you fight for self-determination, for the freedom a collective people, you are fighting for a certain way of understanding the world that goes against these ideals of capitalism.

Despite this, independence is no guarantee of effectively combating capitalism: “Once you as a people, as a collective, have fought for something and you win – capitalism is very adaptive, so what capitalism’s not going to do is, once you win independence, say ‘Oh well, you won, we’ll piss off.’

“Instead, they’ll be knocking on doors, asking what the new regulations of the republic are. Capitalism needs to be everywhere. So of course, it’s very difficult. Those who have won their independence are still inside the machinery of society, and the society of European countries are capitalist: that’s the reality.”

In recent years, pro-independence parties in Catalonia have often been pushed into taking more forthright or radical positions by the grassroots independence movement. Arqué argues that this was deeply necessary.

“If you’re a nationalist, you believe your country is a nation; therefore, if it is a nation, a nation should have some rights.” Catalan activist Anna Arqué

“Although, with the Yes campaign, I think it was great – as I learned from my friends in Scotland – that it got organized and became linked to the idea of popular power.

“In Catalonia, in 2009, there was a real turning point. Up until 2009, Catalan society – maybe pushed by Catalan nationalism – were always complaining about getting new status, or better treatment, looking to Madrid and crying out.

“And we thought, actually we do have nationalist political parties in Catalonia. If you’re a nationalist, you believe your country is a nation; therefore, if it is a nation, a nation should have some rights.

“So if we have national political parties, why are why not exercising those rights, instead of just demanding more from Madrid? In 2009 we said: stop looking to Madrid, and let’s start looking to our own politicians.

“There was a legislative, popular initiative to make self-determination law in our parliament. When that was refused, by the nationalists and independentists, that is how we managed to start a popular referendum all around the country, voting in the municipalities.

“555 municipalities, a million votes, 60,000 volunteers – and that was from 2009 and 2011. The National Assembly was created from these municipal organising groups, and became an umbrella for national coordination. That was very important, because it meant people were meeting and creating a positive scenario about self-determination and independence.”

“It was not easy to talk about independence, because the repression was very much alive in the imagination of a certain generation.” Catalan activist Anna Arqué

Since the Catalan crisis began, many international commentators have spoken of Spain’s Francoist past as distant history, but Arqué says that its legacy lives on.

“In this country, we have to remember we have a generation who have suffered torture in the Franco era. So it was not easy to talk about independence, because the repression was very much alive in the imagination of a certain generation.

“And some were always saying independence that ‘independence is not good, because of ETA – look at the Basques’. The popular referendum changed that, and let people see it was not a personal matter, but something in common with so many people, and it transformed into a collective determination.

“In 2010, the polls changed, and when the polls change, politicians raise their eyebrows. That’s how politicians and parties got into the movement, and took time to resituate themselves. It was not as though the nationalist parties suddenly decided to put a referendum in their electoral program – we had to work a lot to get to that point. And even then, in 2014, we were going to have a referendum, but it was called off. Finally, we got it back on the agenda, and we had the referendum on 1 October.

“We proclaim a Catalan republic, and now we accept elections dictated by Madrid? Who’s going to control them? It’s a joke, right?” Catalan activist Anna Arqué

Asked how the Catalan independence movement should confront the 21 December election announced by the Spanish Government after it dissolved the Catalan Government and imposed direct rule, Arqué acknowledges the difficulty of the situation.

“Here, there are two possibilities: we could well block elections held by Spain. I mean, what would we be doing? We proclaim a Catalan republic, and now we accept elections dictated by Madrid? Who’s going to control them? It’s a joke, right?

“The government are not going to feel comfortable with blocking an election. But it’s good to point out that it’s not because we don’t have the strength to block them.

“So, in the next possible situation, we could go to the elections with the aim to win, of course, and also to change government, because the independence process has different periods, and we think the current government has been good for this period, but now comes another, from the 21st of December onwards, when we need a government that understands, when you proclaim the Catalan republic, it’s not down to you to stop the violence of another country.

“They have to justify to the international community why – in the 21st century, in the European Union – they decide to use violence against unarmed people.” Catalan activist Anna Arqué

“Violence is going to be the prerogative of the Spanish state. If they decide, in front of a democratic, legitimate, legal, peaceful movement that achieved independence, they have to use violence, it’s their decision. It’s not our problem – it’s their problem.

“They have to justify to the international community why – in the 21st century, in the European Union – they decide to use violence against unarmed people defending democratic institutions.

“At least this time, if they’re going to kill us, hit us, charge against us, we’re not alone.” Catalan activist Anna Arqué

Delving further in the powerful historical factors at work in Catalonia, which the rest of the world is often ignorant of, Arqué argues: “I do not understand why we can’t talk about the thousands of killing and exiles Catalonia suffered because of the Spanish monarchy, because we are still suffering now. We have been suffering the violence of the Spanish state every generation.

“And now, all the world is looking. It’s like Catalan self-determination has put a mirror in front of the Spanish state, for everyone to see its reflection, which is repression and corruption. At least this time, if they’re going to kill us, hit us, charge against us, we’re not alone.”