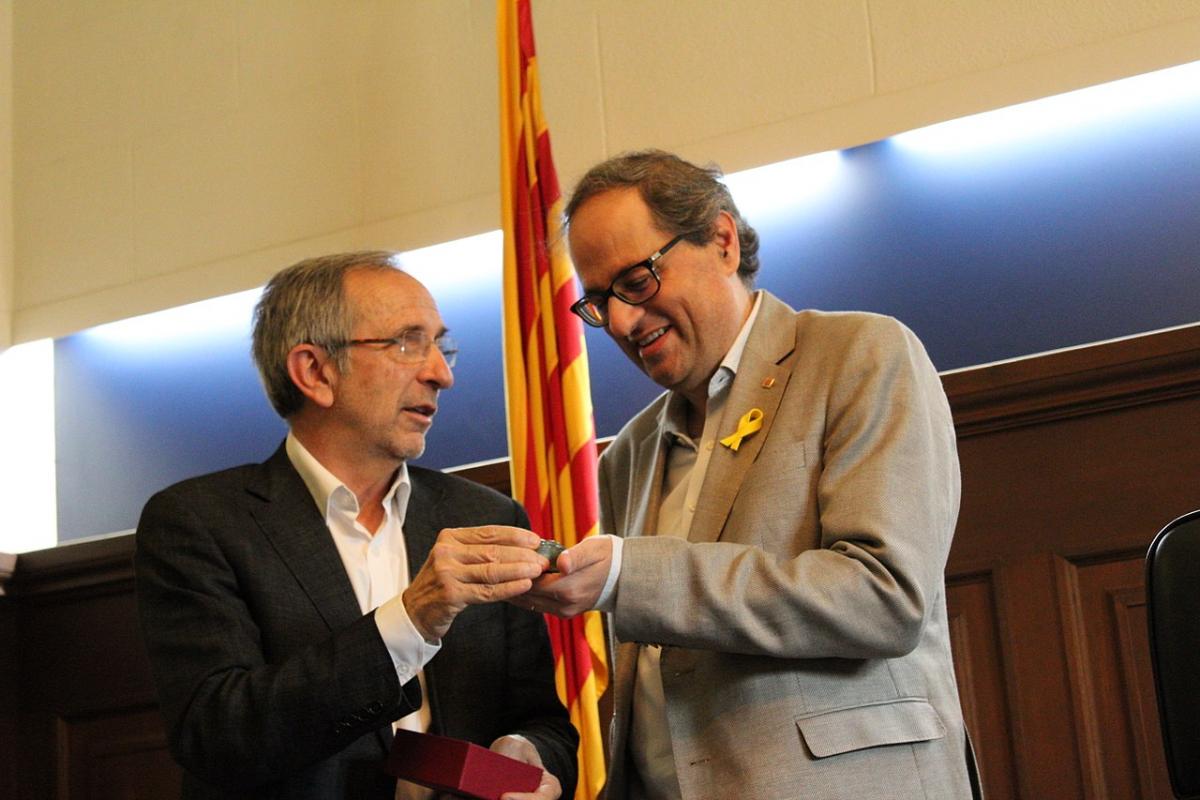 CATALONIA will face its second snap election in two years after disagreements between the pro-independence coalition, the nation’s president has announced.

The vote will take place sometime in 2020 after the legislature agrees to a budget for the country, the Catalan president will also meet the Spanish prime minister to discuss the countries future.

Catalans last went to the polls in 2017 when then-Spanish Prime Minister Mariano Rajoy sacked the Catalan Government in the Catalan parliament’s vote to unilaterally declare independence from the Spanish state.

Announcing the 2020 snap election, current Catalan president Quim Torra said: “This legislature no longer has any political course to run, it has reached its end”.

The election will take place after the current executive passes a budget for the country, a process Catalan media reported could take months.

There will also be a meeting next week between Torra and Spanish Prime Minister Pedro Sánchez. Torra said in his statement this would be critical to explore the willingness of the Spanish Government to negotiate Catalonia’s future and “end the repression”.

Torra has accused his coalition partners the ERC of “disloyalty”, saying they had not fulfilled their obligations in defence of the presidency.

Saying there had been a “detonation of mutual trust” between the two parties, Torra said: “No government will work without unity and without a shared, common strategy and loyalty between partners.”

Disagreements between the two parties came to a head after the ERC refused to support Torra following his censure by Spain’s electoral authority for his refusal to remove pro-independence ribbons from government buildings.

The electoral regulator stripped Torra of his status as an MP and had his voting rights in parliament removed for 18 months.

The Catalan parliament’s speaker, Roger Torrent of the ERC, said the legislature had no choice but to comply with a controversial ruling by a Spanish court to ensure its votes were not ruled invalid.

The ERC favour a more pragmatic approach to obtaining Catalonian independence, whilst Torra’s Together for Catalonia have argued for a provocative stance to maintain pressure on the Spanish Government.

Torra had been critical of the parliament’s procedural committee for accepting his disqualification, despite the parliament itself voting to ignore it.

Torra accused Torrent of “abandoning the presidency”, saying the consensus of the pro-independence bloc had been ignored: “We’ve seen this week that as partners we are approaching along the road to independence in a way that has damaged mutual confidence.”

In a statement, the left-wing ERC backed Torra’s decision to call an election after a budget was agreed, and said the party would continue to work in the “service of the entire independence movement.”

The statement reportedly made no reference to the criticisms made of the ERC by the Catalan president.

Despite his criticisms, Torra ended his speech with a call for unity amongst the pro-independence majority in the country.

Pro-independence parties will be seeking to increase their vote; however, there has been some speculation that voters may express dissatisfaction with the bloc over their failure to work together.