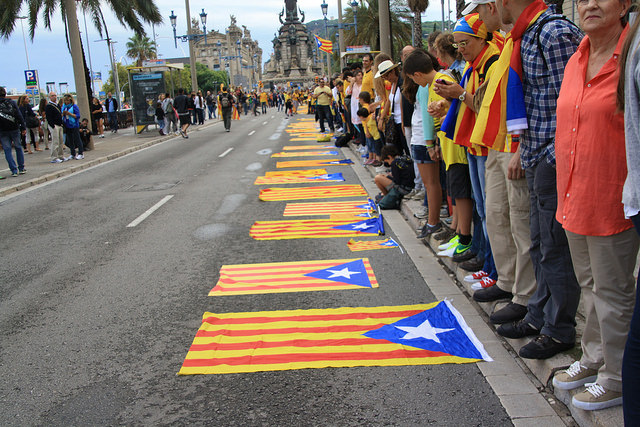 A PRO-INDEPENDENCE group in Catalonia has asked First Minister Nicola Sturgeon to support the planned referendum in the region.

Catalans for Yes (CfY) wrote to the first minister after Spain denounced the vote scheduled for 1 October as “illegal”.

The Catalan regional government passed a motion to hold the referendum next month and claims the vote will allow it to declare independence from Spain within 48 hours – should Yes vote be returned.

“We ask you to support the referendum in Catalonia and denounce the undemocratic attitude of the Kingdom of Spain.” Catalans for Yes 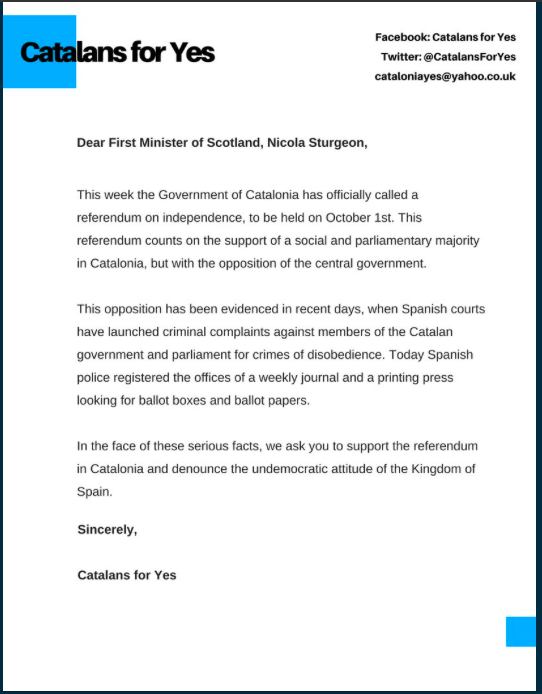 The letter says: “In the face of these serious facts, we ask you to support the referendum in Catalonia and denounce the undemocratic attitude of the Kingdom of Spain.”

On Monday afternoon a huge protest is expected in Barcelona on Catalonia’s national day, the Diada.

Catalans for Yes told CommonSpace between one and two million people are expected at the demonstration to demand independence.

Reports suggest the number is likely to be hundreds of thousands.

The letter and protest came after Spanish police raided offices of newspaper El Vallence and a printers looking for referendum ballot papers they term “illegal”. 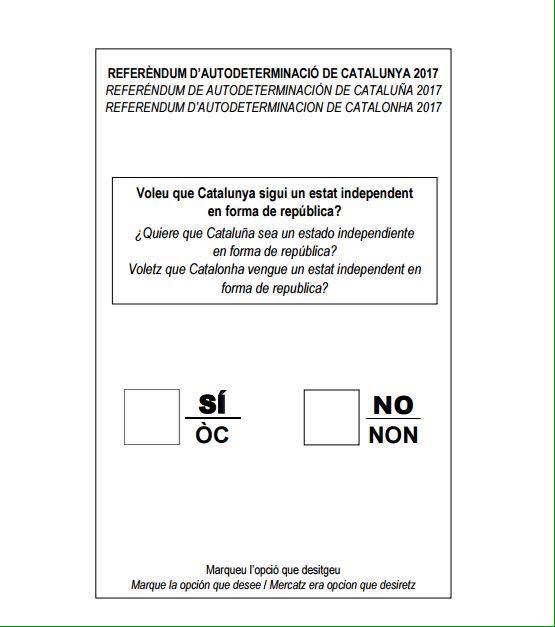 CfY said: “We think that this action shows how desperate the Spanish government is to ban the referendum.

“We also think that the protests against them showed that the Catalan people are always peaceful and democratic.”

“They were’t looking for ballot papers; they were looking for a fight.” Carles Puigdemont

Catalan president Carles Puigdemont said: “They were’t looking for ballot papers; they were looking for a fight,” in a tweet after the raids.

Reports suggest Catalan MPs have told citizens to print the ballot papers at home to avoid being investigated by authorities.

CommonSpace reported on Friday that Catalans called Spain’s stance on the planned referendum a “threat to democracy,” after the PM said the vote was “not legal” and “not democratic”.

Polls suggest most Catalans are in favour of the vote going ahead, but the outcome is uncertain.

A poll by Madrid-based newspaper El Espanol says 50.1 per cent of people would vote “Si” in the upcoming referendum.

CommonSpace contacted the SNP for comment, but received no reply by the time we published this article.