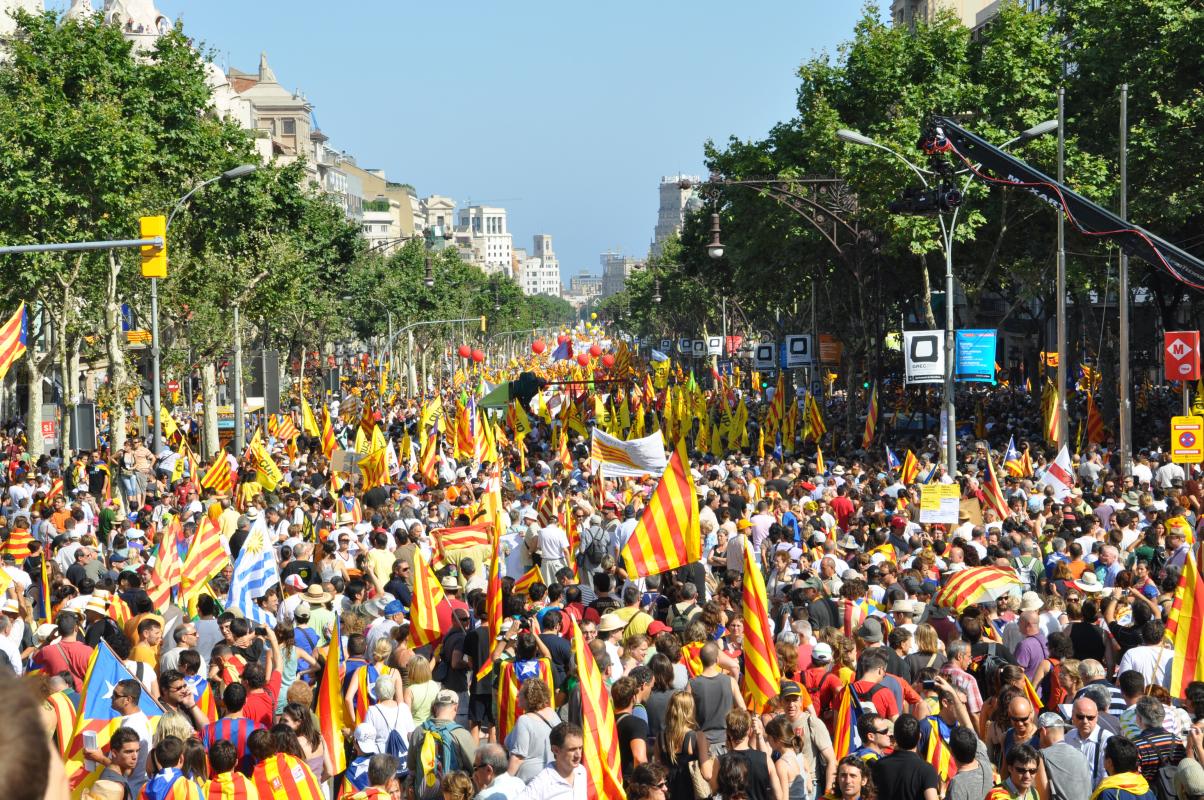 A PRO-CATALAN group says it is fully behind its government’s plans to hold an independence referendum.

Catalans for Yes (CfS) – a group comprising of Scots living in Catalonia and Catalans living in Scotland, and which supports independence for both – declared its support for the vote after Spanish Prime Minister Mariano Rajoy called on the constitutional court to suspend the law passed by the Catalan regional government.

The bill passed allows Catalonia to hold a referendum on 1 October.

CFS says the vote next month will decide if Catalonia remains part of Spain or forms an independent country, whether the authorities in Madrid agree or not.

CommonSpace spoke to Catalan national, Alex Sancliment, who is part of CFS. He said: “Catalonia has the right to decide on its future, with our without the consent of Spanish authorities.

“We’ve been trying to negotiate and agree the terms of a referendum with Madrid but PM Rajoy has always refused to talk.”

Rajoy called for Spain’s constitutional court to investigate, to determine if the vote would breach the Spanish constitution.

Rajoy said: “What is not legal, is not democratic.”

Spain’s director of public prosecutions declared that Catalan MPs will face prosecution for passing the bill that allows the referendum too take place.

But the Catalan Government says it will hold the vote next month despite objection from Madrid.

Mayors from Catalonia have been posting pictures of themselves signing documents declaring support for the referendum under the #josigno hashtag.

Former SNP MP Angus Robertson also posted in support for the legality of the referendum.

Rojay even suggested the local councils should “impede or paralyse” any attempt to hold the vote.

Sancliment said: “I don’t think that the Spanish government will send police officers to prevent people from voting.

“It would be a serious threat to our democracy and I know that the Catalan people would react in a peaceful way but also massively.”

A non-binding referendum in 2014 saw voter turnout reach around 30-40 per cent and CfS admitted there will need to be a much higher turnout next month for any outcome to be accepted.

“We hope it reaches 50-60 per cent, that would have consequences both here and in Brussels.

“We think that countries will only recognise us as an independent country if we hold the referendum and there’s an important turnout. I think that then they’ll stop treating our process as an internal matter of Spain,” Sancliment said.

Polls suggest around 75-80 per cent of Catalan citizens want to have a referendum, with the latest survey in Madrid-based newspaper El Espanol coming back at 50 per cent for a Yes (Si) vote.

The Catalan Government say the bill passed this week will allow them to declare independence within 48 hours of the vote, should they get a “Si” majority.