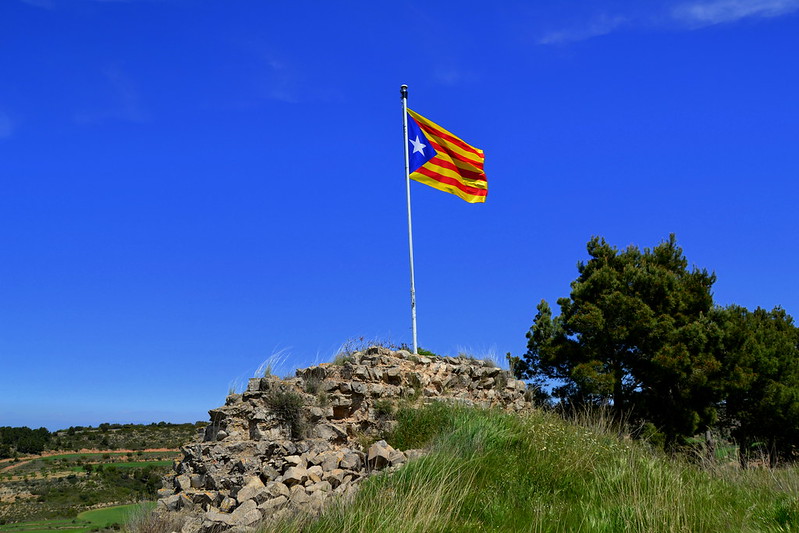 CATALAN independence supporters are seeking international solidarity and condemnation of the impending Supreme Court verdicts against leaders of the movement who were charged in relation to the 2017 referendum.

12 Catalan independence leaders, nine of whom have already been imprisoned for two years, are awaiting verdicts would could see them imprisoned for between seven to 25 years on charges of rebellion, sedition and misappropriation of public funds. The verdict is expected to be given during this week or next.

In anticipation of negative verdicts and harsh sentences, pro-independence activists in Catalonia and beyond are planning acts of civil disobedience, while fearing a potential crackdown by the Spanish Government in response.

Already, over 500 Spanish police have been transferred to Catalonia in preparation.

Catalans and their allies based in Scotland are planning demonstrations on Buchanan Steps in Glasgow and a yet to be determined location in Edinburgh to coincide with the verdicts.

Grassroots campaign groups Assemblea Nacional Catalana a Escòcia (ANC Scotland), Catalans for Yes and the Catalan Defence Committee Scotland will announce the details on the day, with the aim of inspiring solidarity and raising awareness of the Spanish Government’s treatment of  political opponents.

Speaking to CommonSpace, ANC Scotland spokesperson Oriol Roig Vilaseca said that, while he hoped there would be no violence from the Spanish state, previous events make this a risk.

Vilaseca said: “In Catalonia, very big and important peaceful civil disobedience is being organised. We saw how Spain responded to these kinds of actions before – to Catalans transporting ballot boxes.

“We are seeing Spanish police moving to Catalonia already – there are more police vans every day. This is the response the Spanish state is getting us used to.”

Vilaseca said that “two international responses are needed”, adding: “When the verdicts come out, we expect them to be harsh, so firstly there needs to be a response to this. Just this morning I learned that the Netherlands’ parliament is going to discuss asking for the release of [Catalan] political prisoners.

“The second is that if there is violence by the Spainish state in response to civil disobedience, this should be condemned.

“There might be an economic response, but for me the most important is a political answer: for governments to tell the Spanish state that they are doing this very wrong.”

Vilaseca’s comments on The Netherlands refer to a petition of 60,000 signatures which was delivered to the House of Representatives in the Hague from Catalan Europeans and allies calling for the release of Catalan political prisoners.

Catalan President Quim Torra has said that he does not intend to accept any guilty verdicts from the Spanish Supreme Court. Meanwhile, the Spanish Government has warned that it could seize control of Catalonia again – as it did after the independence referendum – if Catalan politicians break the law following the verdicts.

A spokesperson for Catalans for Yes told CommonSpace that the group was anticipating that the accused leaders will be given prison sentences of 10-15 years for sedition, misuse of public funds and disobedience, but that it would be “surprised” if they are found guilty of rebellion.

The spokesperson added: “We’re organising protests with other Catalan pro-independence groups that will be announced when the verdict is published, so we’d like to ask everyone to check our social media posts to stay updated.

“This ruling will be unprecedented and we call on all Scottish democrats to come out and support those convicted for their political ideas.

In Catalonia, the leaders of its pro-independence parties have agreed to organise mass civil disobedience following the verdicts, which they have stressed will remain peaceful.

The grassroots groups Assemblea Nacional Catalana and Omnium Cultural have also said they will participate in protests across Catalonia if the pro-independence leaders are found guilty.

Accusations of potential violence by pro-independence groups emerged after Spanish police arrested seven people last month on allegations of making and planning to use explosive devices.

However, independence campaigners and leaders have highlighted the movement’s record of non-violence, while imprisoned activists Jordi Cuixart and Jordia Sànchez have urged supporters to maintain this approach throughout the upcoming civil disobedience regardless of their own sentences.