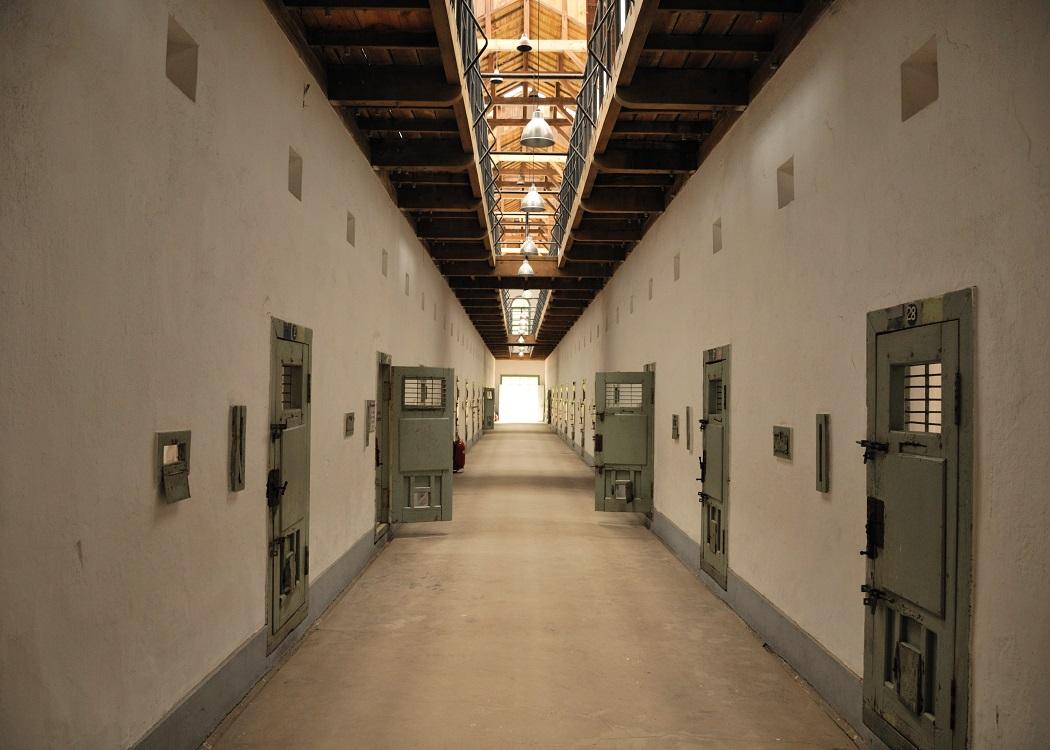 Cath Ross, who has 30 years’ experience working in the criminal justice system, explains why women should be treated differently within it

THE Scottish Government had to backtrack earlier this year on the building of a women’s prison in Inverclyde.

Minister for Justice Michael Matheson cancelled plans following a campaign from Women for Independence and other groups .

While this was hailed as an achievement it was only a start. It is very important which direction policy takes from here – and how it is put into practice.

The Commission on Women Offenders was set up after a report by former Lord Advocate Dame Elish Angiolini in 2012. Its remit was to get a set of measures to reverse the rise in the female prison population. This has doubled in the last decade.

What all the studies and reports have in common is that they highlight the long term, systematic discrimination against women in criminal justice in Scotland.

But this was just the latest of many reports looking to solve the same problem – of which Scotland has a sad history. Others included ‘A Safer Way’ (1997).

Scotland’s prison facilities for women are limited to the run down Cornton Vale – plus a corner of the decrepit men’s prison in Greenock. ‘A Safer Way’ was a report into a spate of suicides in Cornton Vale and sought a solution.

But going back to 1983, Professor Pat Carlen had already done a criminological study into the treatment of women in Cornton Vale, ‘Women’s Imprisonment: a study in social control’.

The problems are not new.

What all the studies and reports have in common is that they highlight the long term, systematic discrimination against women in criminal justice in Scotland.

It might surprise people – it should – that 70 per cent of women in prison are there on short-term sentences for petty, non-violent offences. These include non-payment of fines, which women often can’t afford to pay, including fines for street prostitution.

Twenty-five per cent are there on remand for offences for which guilt is yet to be determined. Around a third of these go on to receive a custodial sentence. Why are the other two thirds there?

According to Angiolini, evidence shows that short-term prison sentences have little or no impact on re-offending for women offenders, with those that receive a sentence of three months or less re-offending after three years.

Prison is also more expensive than community disposals. The average cost of a Community Payback Order is PS2,400 – half the cost of a three month prison sentence. Re-offending rates are lower.

It might surprise people – it should – that 70 per cent of women in prison are there on short-term sentences for petty, non-violent offences. These include non-payment of fines, which women often can’t afford to pay, including fines for street prostitution.

And yet we still send women to prison, and we send them disproportionately.

Only a small proportion the present prison population are women who need to be contained for the safety of the community.

It is OK to put a cost on the use of prison. Even back in the Thatcher years, the government realised that alternatives to custody were cheaper. Plus – they reduced crime.

It has still to be seen what effect the increasing use of benefits sanctions will have on the prison population – and its cost.

We have not even started to look at the social costs. The majority of women who are contained in prison have a history of mental ill health, sexual abuse and victimhood. Most have current or previous addiction issues.

Without the right responses to their petty offending they become once more victims of systemic discrimination. Women lose access to employment, have their personal lives shattered.

Pat Carlen writes of ‘double deviance’: Women are punished for their crime and for being women. The social expectation is that women are not allowed to be bad. Society especially cannot cope with women behaving outwith the norm. They must be nice daughters, good mothers.

And then there are the effects on children. The effects on the children of women offenders are intolerable. The societal costs – including but not only the financial costs – are immense.

Scotland is not alone. The same issues are sadly reflected UK-wide and internationally.

So what is to be achieved by Scotland behaving this way? There is no impact on crime. There are no cost benefits. Immense social harm is caused. Women are victimised.

Scotland can do better. The Angiolini Commission laid out a strong template for the Scottish Government. The answer is not simply to build a new prison. If there are spaces there, they will be filled.

Instead, we need to build upon work that has already begun, in response to previous reports, on diverting women from the criminal justice system and from custody.

The historic work has lead the direction for criminal justice social work with women offenders. The Scottish Government’s support in funding pilots should be recognised.

And then there are the effects on children. The effects on the children of women offenders are intolerable. The societal costs – including but not only the financial costs – are immense.

There are alternatives. It is positive that the series of reports and research has led the direction of Criminal Justice Social Work for women offenders in Scotland. The Scottish Government has funded, for several years, innovative services diverting women away from the criminal justice system, providing alternatives to remand and community sentences as alternatives to prison.

We need in Scotland to get behind the government and give them the confidence they need to develop in this direction, now that they have cancelled the construction of the women’s super prison.

We must let them know that this humanistic approach is one that we value and are confident in letting them pursue.

We have the opportunity to capitalise on the expertise and the work that has been developed in Scotland. We can then be pleased to demonstrate that we have a humane society, where we are safe from crime, have an affordable criminal justice system, where we no longer lock up women for no good reason.

The children of this and future generations will thank us.