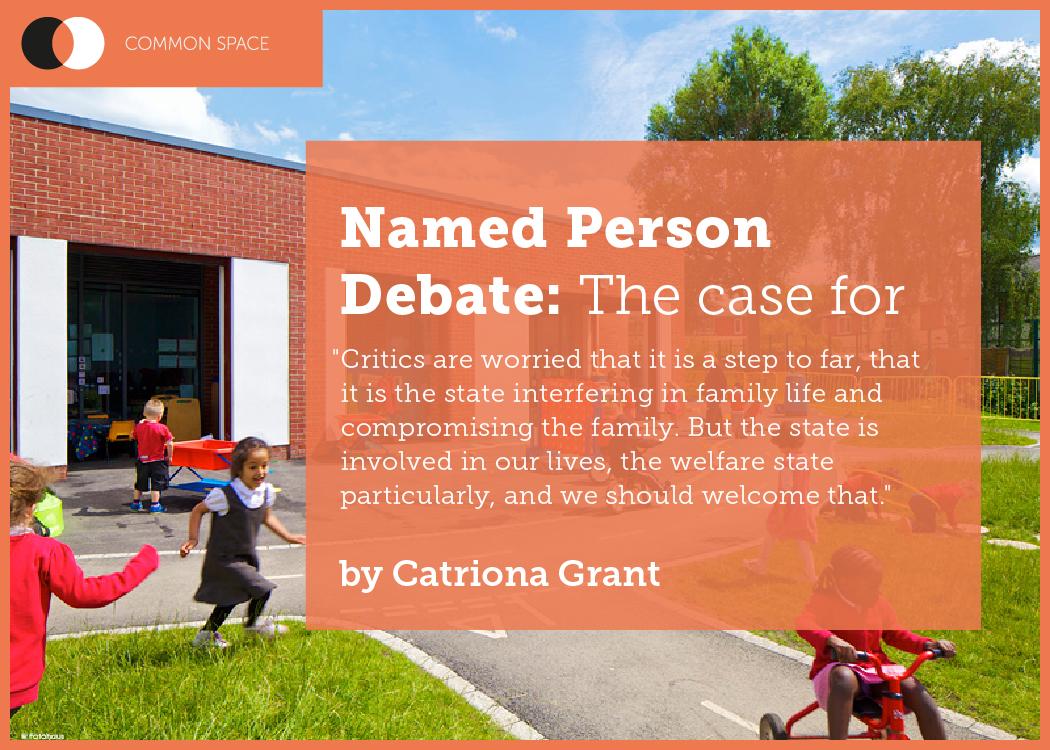 I’LL lay my cards on the table: I was employed by the Scottish Government from March 2007 to July 2010 as GIRFEC Pathfinder Coordinator, seconded from a local authority to a police force (pre-Police Scotland) to help pilot and implement Getting It Right For Every Child.

It wasn’t an easy job and it was a rocky road being involved almost at the very beginning of the Getting It Right journey.

In the case of Daniel Pelka, a four-year-old who was beaten to death in Coventry, it was clear that the head teacher tried his best for Daniel. Daniel’s stepfather was bailed to his home after allegedly beating and raping his mother, although the head teacher did not know this.

Perhaps a system of sharing information with the head teacher could have saved four-year-old Daniel Pelka’s life and saved his siblings from abuse and neglect.

The head teacher was worried about Daniel as he was very thin and stole food. His mother told the school he had a genetic disorder, but also due to immigration issues regarding benefits Daniel’s mother could not claim benefits or free school meals for her children.

She and her son were denied food from their abuser, and he weighed less than two stone when he was murdered. Daniel’s mother was denied benefits, was a victim of domestic abuse and had ‘issues’ with alcohol. Other agencies knew this, but the school did not. She had three children under seven. No one told the head teacher about Daniel’s stepfather, or when he missed appointments with health staff, he didn’t know she was unable to claim free school meals.

Without essential information, he thought she had a sick child with special needs rather than a child being starved, abused and beaten in his school. Perhaps a system of sharing information with the head teacher could have saved Daniel’s life and saved his siblings from abuse and neglect.

I support the Named Person scheme. Critics are worried that it is a step to far, that it is the state interfering in family life and compromising the family. But the state is involved in our lives, the welfare state particularly, and we should welcome that. The NHS and education are universal provisions and should be there when we need them to help.

What is the ‘named person scheme’ and why are people worried about it?

As a socialist I see vulnerable children and their families not as vulnerable but as oppressed: by poverty, lack of decent housing, violence and abuse, disability or poor health, and they are often further oppressed by professionals who don’t listen, blame them, don’t help, ignore them or see them as the problem – pppressed by those who want to deny them services.

This point is often missed by a section of those campaigning against the Named Person. Many No2NP campaigners are arguing a position similar to Victoria Gillick from the 1980s who believed her right as a mother was greater than her daughter’s or indeed any young woman’s rights over their bodies. It is a reactionary campaign rather than argue that families might need more resources etc.

Children are often dragged into intrusive formal investigations which have very little outcome, and I see the Named Person as key to preventing over social-working families and the unnecessary sharing of information; to bringing down the tariff rather than escalating problems.

The legislation empowers those already involved and helps parents know who to ask for help from, and it encourages people to talk to one another about children they are worried about. In September 2015, the Court of Session concluded that the creation of the Named Person “no more confuses or diminishes the legal role, duties and responsibilities of parents in relation to their children than the provision of social services or education generally”. It should provide a more improved business-as-usual.

The legislation empowers those already involved and helps parents know who to ask for help from, and it encourages people to talk to one another about children they are worried about.

Systems need to be in place to support children that need support, not just children like Daniel Pelka but all children. I think the Named Person is the best person in the first instance to offer support earlier on rather waiting for a crisis. The state has a role to play in children’s wellbeing and, for some children, their protection. The state’s intervention is to be welcomed, but that intervention needs to be resourced, measured, necessary and accountable.