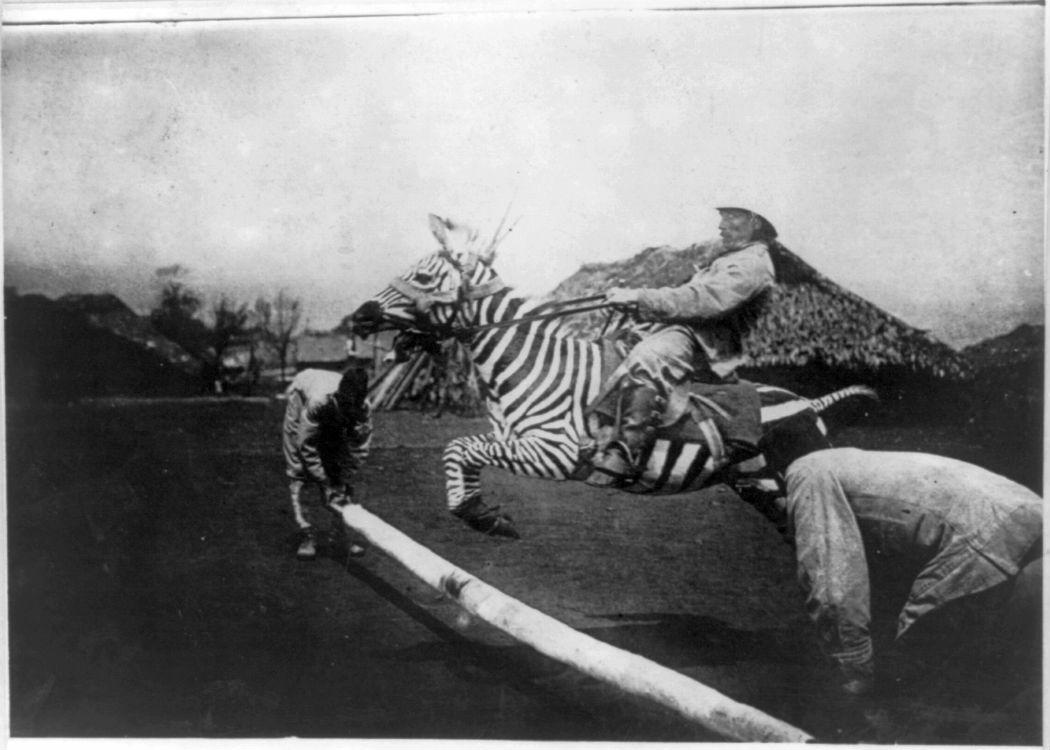 CECIL THE LION, killed by a Minnesotan dentist on 1 July, was named after the infamous mining magnate, white supremacist and advocate of British colonialism, Cecil Rhodes, after who the former British colony of Rhodesia was named.

From the late lion’s naming, to the factors that led to his death, the link between colonialism and white hunting in Africa is worthy of further investigation.

CommonSpace spoke with historian Dr Angela Thompsell, an assistant professor of history at SUNY in New York, and author of Hunting Africa: British Sport, African Knowledge and the Nature of Empire , to try to understand some of the deeper historical processes at play.

CommonSpace: Do you feel the contemporary hunting and killing of wild animals in Africa, by wealthy white people, is linked, or a continuation of, European colonialism in Africa?

Dr Angela Thompsell: There can be little question that there are connections between game hunting in Africa in the colonial era and that which goes on today, but today’s hunting should not be looked at as simply a vestige of European colonialism in Africa.

One of the most significant differences is how hunters are looked at in the media and within mainstream (Western) society. Where big game hunters were once celebrated for their alleged prowess, they are now more often condemned.

CS: What’s led to this change in the way hunters are perceived in Western societies? How much of this change is the result of anti-colonial struggles?

AT: This is primarily a result of Western culture’s increased concern for conservation and more efficient weapons that make hunting seem unsporting, rather than an outcome of independence or changing relations between Africans and Europeans.

CS: What role do Western portrayals of Africa and Africans play in maintaing a colonial relationship?

AT: There is an enormous continuity in the images of Africa between colonial times and the present, particularly when it comes to African nature. When you read accounts written one hundred years ago and many written today, there are striking similarities in the way people describe Africa and their time there.

Africa, which is an incredibly diverse continent in terms of cultures, politics, and topography, is often depicted as a monodimensional backdrop peopled by well-worn tropes against which the white protagonist’s story can be told.

CS: How do you see safaris fitting in to this dynamic?

AT: When travellers on safari wake up early to go on a game drive, their breakfast is awaiting them having been prepared by the (almost always) black African employees who woke up long before them.

Of course, this is true of any tourist venue that promotes the idea of clients as pampered guests deserving of consideration, but on safari, it can easily blend in with the romance that still clings to white travel and white settler living during the colonial era (think ‘Out of Africa’).

The ability of white men from other countries to move to Africa and rise up to become some of the most famous and sought after safari guides (what used to be called “White Hunters”) is also suggestive of the colonial overtones that infuse safari vacations, whether one is pursuing animals with a gun or camera.

CS: Can you speak about the way in which Western audiences have responded to the images of Cecil the Lion’s killing?

AT: Much more controversially, one could also argue that the Western public’s concern for African wildlife is itself a legacy of colonialism.

Ecologically, we should care, and poaching is now an important source of income for terrorists.

But how much greater concern has been shown over Cecil the Lion or the rhinoceros Corey Knowlton was setting out to hunt than African people? Why is that?

CS: The prevalence of white Afrikaaners organising and leading hunts, and even the name ‘Cecil’, raises further interesting questions about the way that white South Africans continue a relationship of clear power imbalance in an often legalised and legitimised way. Would I be right in saying that?

AT: Largely, yes, but boiled down it sounds more intentional and planned than I think it is currently. It certainly was planned initially, though, when white South Africans were divvying up the land and creating conservation policies in the early to mid-20th century.

Academically, while there is lots written on whether trophy hunting benefits conservation or not, I couldn’t find anything off-hand to confirm our mutual suspicion that, post-Apartheid, white South Africans largely manage and run these programs while black South Africans (and white it must be said!) continue to work for them.

CS: Lastly, can you speak about some of the economics of safaris and game hunting, and how colonialism is cashed in on?

AT: Little of the money goes to local communities – and as I said before, the entire industry benefits from the romance that still clings to the idea of safaris in Africa and ends up perpetuating colonial imagery by giving tourists the experience they came expecting – always noting that the racial dynamics are clearly moderated now.

White hunters today, for instance, would never think they had the right to strike a black worker, tracker, or guide and would not assume that person was a ‘savage’ or stupid by virtue of his skin colour.

The economic imbalance, though, continues and that creates certain power imbalance, where white people benefit, I suspect, disproportionately as managers and owners, but certainly as clients.