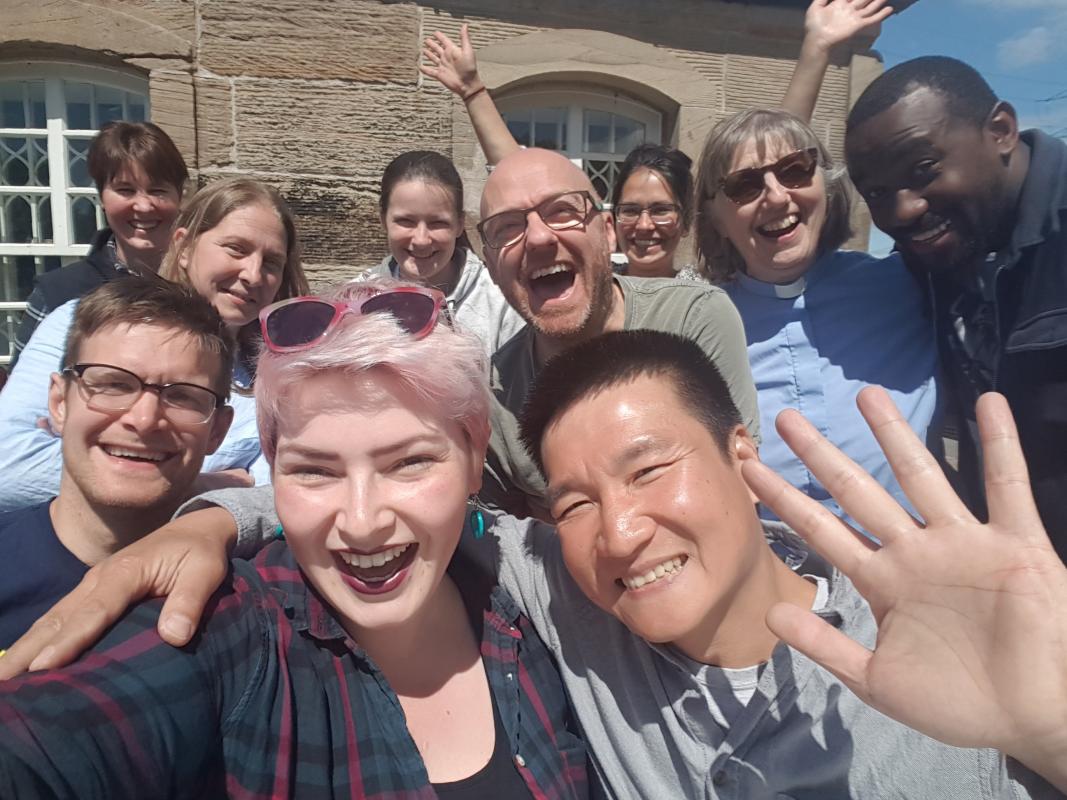 Kim Long: “Today is an incredible story of Glaswegians coming together to bring Duc home”

CAMPAIGNERS held a celebration to welcome Duc Kein back to Glasgow, after the human trafficking victim was released on bail and allowed to return to the city that has become his home.

The celebration (pictured above) took place on Friday [22 June] afternoon at Lambhill Stables where Kein has put in thousands of hours of volunteering, and included Glasgow Green MSP Patrick Harvie as well as Kein, who had been just hours away from facing deportation by the Home Office on a Qatar Airlines flight on 13 June, before intense pressure from campaigners and lawyers in support of Kein led to a judicial review into his case.

Kein was trafficked to the UK from Vietnam and forced into work on an illegal cannabis farm. He now resides in the east end of Glasgow. A petition opposing his deportation using the #DucMakesGlasgow attracted over 2000 supporters.

After his arrest, Kein applied for asylum whilst serving a six month prison sentence for working on the cannabis farm, when he was released into an immigration detention centre.

The Home Office’s Potential Victims of Human Trafficking wing found last August that it was likely that Kein was a victim of trafficking.

Kim Long, Greens councillor in the East End of Glasgow where Kein lives, told CommonSpace that they were “delighted” to have Kein back in Glasgow.

“Duc is recognised as a victim of human trafficking, so it was outrageous for the Home Office to take Duc away from his community when he’s a key part of a local charity and church,” Long said.

“But today is an incredible story of Glaswegians coming together to bring Duc home. So many friends and supporters came to court they couldn’t fit us all in. This city has a massive heart, and we are so delighted that we have Duc back among us where he belongs.”

The judicial review is likely to take three months.

Kein had explained the circumstances which led to his arrest prior to his reprieve from deportation, saying: “I was forced to a house where I have to grow cannabis without a chance to escape because of gangster and underworld groups. I was arrested and served six months in prison, during this time I have lodged a claim for asylum.