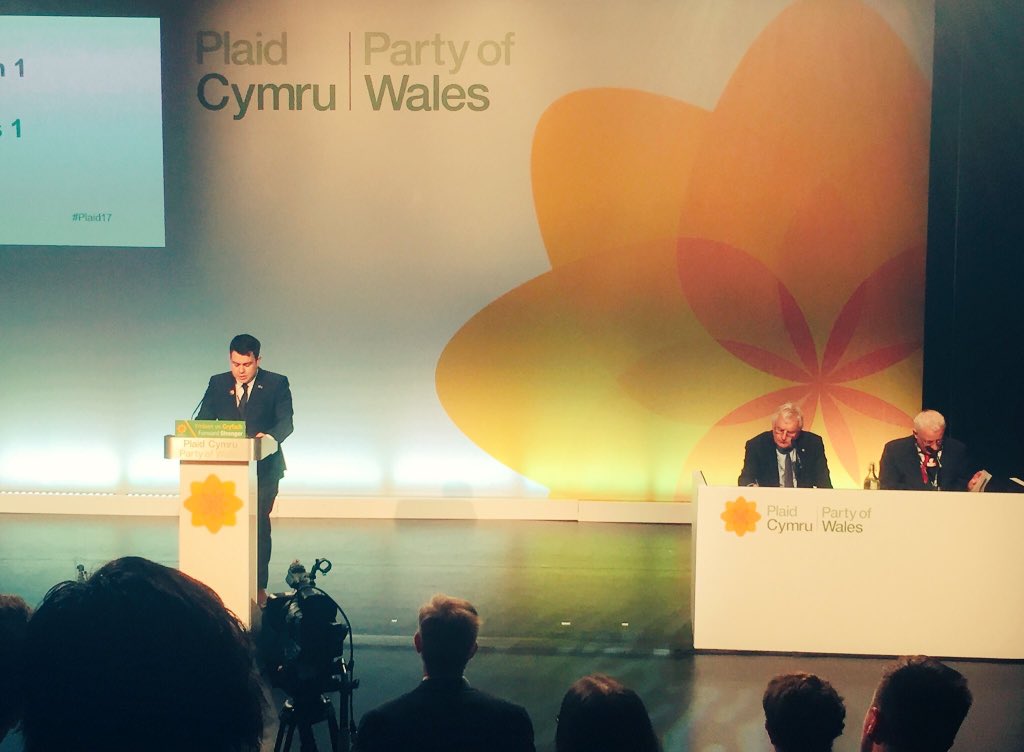 The motion was introduced by by Plaid Ifanc, the party’s youth wing

PLAID CYMRU, the Welsh pro-independence party, has passed a motion at its conference in Caernarfon to introduce LGBT+ education in Welsh schools.

The motion was partly inspired by the Time for Inclusive Education (Tie) campaign in Scotland, which aims to achieve similar goals within the Scottish education system, and has received backing from prominent figures across the Scottish political spectrum including First Minister Nicola Sturgeon, Scottish Green co-convenor Patrick Harvie and Scottish Liberal Democrat leader Willie Rennie.

“TIE’s work in Scotland inspired me to look at Wales and what Plaid Youth can do to bring the matter to prominence in Wales.” Plaid Ifanc’s Llyr Williams

Llyr Williams of Plaid Ifanc, Plaid Cymru’s youth branch, was one of those behind the introduction of the motion, and told CommonSpace after its success: “I first heard of Tie at a seminar that they hosted in Glasgow with the SNP Youth and delegates from across Europe. Tie’s work in Scotland inspired me to look at Wales and what Plaid Youth can do to bring the matter to prominence in Wales.

“Moving forward, Plaid Ifanc are going to work with the Tie Campaign in Scotland and organisations such as Stonewall Cymru in order to achieve the best model of LGBTI-inclusive education here in Wales.”

“The passing of this motion is the first step, but one that gives real hope to LGBTI young people across Wales.” TIE co-founder Liam Stevenson

Responding to news of the motion’s passing, Tie co-founder Liam Stevenson told CommonSpace: “We are delighted that Plaid Cymru have passed a motion aimed at introducing LGBT+ education in Welsh schools.

“The issues facing LGBTI young people are universal, and not confined to Scotland. In the lifetime of the campaign we have reached out to others and worked with groups from America, Australia, Ireland and the rest of the UK.

“The passing of this motion is the first step, but one that gives real hope to LGBTI young people across Wales. We are incredibly proud to have helped influence Plaid Youth at a seminar earlier this year and look forward to helping them in any way we can.”

The motion follows Stonewall Cymru’s most recent school report, published earlier this year, which found that 54 per cent of LGBT+ pupils in Wales are bullied for being LGBT+ at school, including 73 per cent of trans pupils.

The report also found that 41 per cent of trans pupils in Wales – more than two in five – have tried to take their own life.

The report reflects similar findings by Stonewall Scotland in its 2017 school report, which found that almost half of Scottish LGBT+ pupils face bullying in school. On its website, Stonewall Wales wrote that the latest figures “must act as a wake up call for schools, local authorities, government and politicians”.

“Creating a friendly and safe environment for gay pupils has been on the agenda of Plaid Cymru for many years.” Plaid Cymru leader Leanne Wood

In a Q&A with readers conducted by Pink News in May prior to the 2017 General Election, Plaid Cymru leader Leanne Wood highlighted her party’s commitment to LGBT+ concerns in Welsh schools, saying: “Creating a friendly and safe environment for gay pupils has been on the agenda of Plaid Cymru for many years.

“We also proposed to work with youth clubs and other organisations to reduce homophobic behaviour, as well as sexist and racist behaviour, as part of broader efforts towards healthier lifestyles and in order to promote LGBT participation in sport.

“More work needs to be done in schools to remove the stigma that still exists in some quarters about sexuality and to create the safe and inclusive environment that every pupil deserves.”