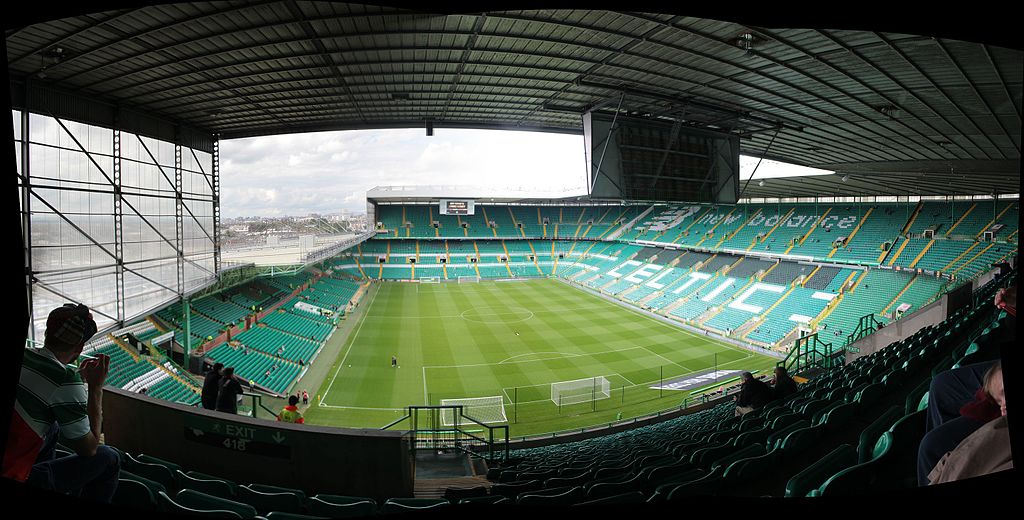 PERIOD POVERTY will be tackled at Celtic Park from next season with the football club becoming the first in the UK to offer free sanitary products on its grounds after a successful campaign by fans.

By August 2018, all female toilets will have a selection of free sanitary products for women football fans on a trial basis, with a decision made on a permanent provision by December.

Fans revealed on Twitter today [2 May] discussions with the club about tackling period poverty for “female fans and our needs” had been successful.

“Following discussions with the club around periods, period poverty and visibility of female fans and our needs, we are delighted to announce that our club will lead the way as the first football club in the UK to provide free sanitary products.

“Thank you to everyone who played a part in this successful campaign and to our club for once again showing we are a club open to all,” Slaven said on Twitter.

Surprise! We did it. @mjmxx @orlaithduffy1 After an eventful campaign, lots of research and co-operation with Celtic – sanitary products will be free in Celtic Park from next season. Thanks so much to everybody who helped us! Leading by example, the Celtic Way! pic.twitter.com/Car2io5pIf

Scottish Labour’s Monica Lennon MSP, a long-time campaigner for the provision of free sanitary products, welcomed the announcement: “This is a brilliant victory for the activists who have been campaigning to secure free access to sanitary products at Celtic Park. After discussions with fans, I’m delighted that Celtic have taken this progressive step to become the first football club in the UK to provide free sanitary products.

“Menstruation should never be a barrier for women participating in football or supporting their team. As part of my ongoing campaign to tackle period poverty, I’m meeting the Scottish Football Association next month regarding its policies on menstruation for all football clubs in Scotland.

“Congratulations to Celtic and the campaigners who have fought for this positive step. I look forward to other football clubs and businesses across Scotland following their lead.”

The clubs decision will put extra pressure on Edinburgh Waverley and Glasgow Central after CommonSpace revealed the train stations had not yet installed machines which would allow free access to products, despite promising to deliver fourth months ago.