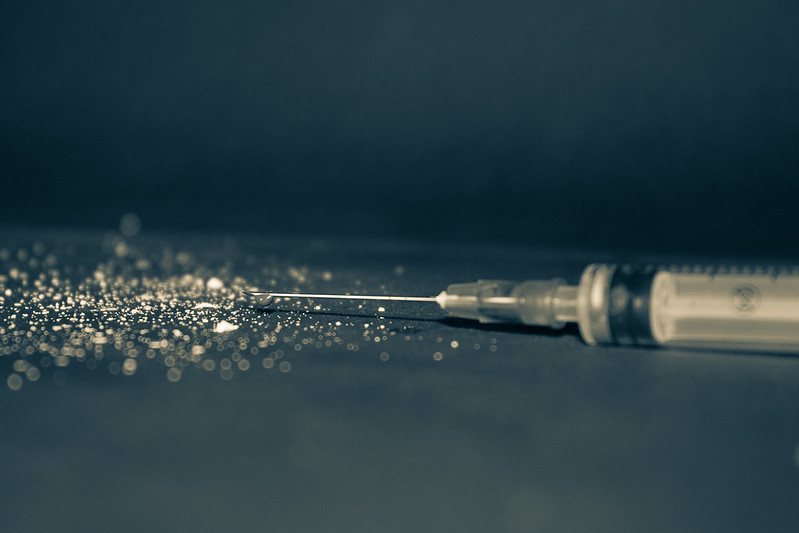 SNP MEMBERS have today (13 October) voted unanimously to decriminalise the possession and consumption of drugs, with the aim of addressing the high rate of drug deaths in Scotland.

In 2018, 1,187 people died from drug-related causes in Scotland, giving Scotland the worst rates of drug deaths in Europe and a rate nearly three times that of the UK as a whole.

The party conference in Aberdeen saw a resolution passed by members which calls for  “urgent reform” of the 1971 Misuse of Drugs Act and to demand that drugs legislation be devolved to the Scottish Parliament.

An amendment was also unanimously backed by members which makes explicit that the reform of the Act would “allow for decriminalisation of possession and consumption of controlled drugs”.

The resolution put forward by SNP MPs Tommy Sheppard, Ronnie Cowan, and Alison Thewliss described drug deaths as “public emergency” and said that the ability of the Scottish Government to act on this is “constrained” by drugs legislation which is reserved to Westminster.

Speaking in support of the resolution, Sheppard said: “Our law enforcement agencies are focused on the weak and vulnerable at the bottom of the pyramid, when they should be focused on the organised criminals at the top.”

Sheppard said that the need for action was urgent and that the resolution therefore called on the UK Government to change the law immediately, but added: “If they don’t want to do it, give Scotland the ability to do it instead, because we will take the steps necessary.”

Also speaking at the conference, Ronnie Cowan MP said: “Of all the people who use drugs –  and I’m going to include alcohol in that – 10 per cent are problematic users. Of that 10 per cent the vast majority have been physically, psychologically or sexually abused – those people are self-medicating. Families are scared to come forward to get their family members help.

“Decriminalisation demystifies drugs and places them firmly in the health arena.

“Drug policy is about a mindset. Decriminalisation changes the mindset and by changing that you can treat people as human beings and we can start a recovery process.”

This follows the passing of other amendments in recent SNP conferences which recognised drug policy as a health issue, rather than a criminal justice one, and called for the UK Government to make exemptions to the legislation to allow for the introduction of drug consumption rooms.

Alison Thewliss, who has campaign for the consumption rooms to be permitted in her Glasgow constituency, spoke in favour of today’s resolution and said that each individual included among the statistics of drug-related deaths must be remembered as “a person who was loved”.

Thewliss said: “What remains a barrier to progress is the Misuse of Drugs Act which is reserved to Westminster. This prevents the establishment of a safe drug consumption room or, perhaps more accurately, an overdose prevention room.

“There has not been a single death in any drug consumption room anywhere in the world.

“They reduce harm, they help those using drugs stabilise their lives and they reduce drug litter and antisocial behaviour.”

READ MORE: What solutions are being proposed to Scotland’s drugs crisis?

Thewliss said that the UK Government was “ideologically opposed” to such facilities, adding: “We must do something different and look at the evidence of what has worked around the world.”

The UK Government has, on multiple occassions, refused requests to allow an exemption for the introduction of a safe consumption room in Glasgow, although NHS Greater Glasgow and Clyde and the Scottish Government back the creation of the facility.

Glasgow councillor Mhairi Hunter also spoke in support of the resolution and the amendment on decriminalisation, highlighting the specific and somewhat unique set of circumstances in Scotland and Glasgow in particular which create a “perfect storm” contributing to drug addiction and deaths.