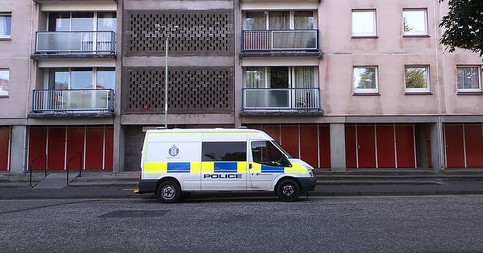 Lift of future VAT for emergency services expected, but no rebate for tax already paid

IT IS NOW WIDELY UNDERSTOOD that chancellor Philip Hammond’s budget announcements will include a u-turn on the current policy of requiring Police Scotland and the Scottish fire service – but not their English and Welsh equivalents – to pay VAT.

The Scottish Government has pushed for Scottish services to share the exemption for some time, and a recent debate in the Scottish parliament saw SNP, Labour and Green MSPs agree that the tax should be lifted.

The Conservatives, and Labour critics of the Scottish Government, have argued that the SNP entered into the decision to centralise the forces in full knowledge that they would lose their VAT exemption.

The SNP has published information regarding its efforts to have the tax lifted, stating that between the Scottish Government and its Westminster MPs it has pressed the UK Government on the issue 139 times.

SNP MSP Ben Macpherson said: “The SNP has campaigned from the very beginning to end this unfair and unnecessary VAT levy – yet the Tories have been embarrassingly slow to act.

“Tory inaction and pig-headedness has cost our frontline emergency services £140 million since 2013, despite the fact that the UK government has already created exemptions for Highways England, the BBC and Academy schools.”

Hammond’s announcement will mean that the emergency services can be refunded VAT in future, but, contrary to initial reports this week, this is not expected to include a rebate of tax paid since the national services were created in 2013.

The Scottish Government estimates that the police and fire service in Scotland has paid £140m in VAT since the national forces were established.

Macpherson said: “To end this injustice, not only should the VAT levy be dropped but the UK government should also refund the £140 million that Scotland’s police and fires services have already paid. If the Tories are prepared to right their wrong and allow our police and fire services to reclaim VAT in years ahead, how can they then justify keeping the money which has already been taken?

“At Westminster and at Holyrood the SNP has led from the front in calling for an end to the unjust penalising of Scotland’s emergency services when it comes to VAT.  This is a defining moment for the Chancellor and the Scottish Tories to demonstrate if he values Scotland’s police and fire services or not.”

The Herald reports that Hammond is expected to say that pressure from Scottish Conservative MPs, and not the SNP, moved him to “deliver for Scotland”.

Scottish Conservative MP Kirstene Hair has said: “The decision to centralise the police and fire was the SNP government’s, and they were told about the financial impact of their actions.

“As a Scottish Conservative group we have been able to discuss the VAT issue with the Treasury and press the case to fix this.

“Our priority here has been to sort this out so we can support our emergency services for the future.”