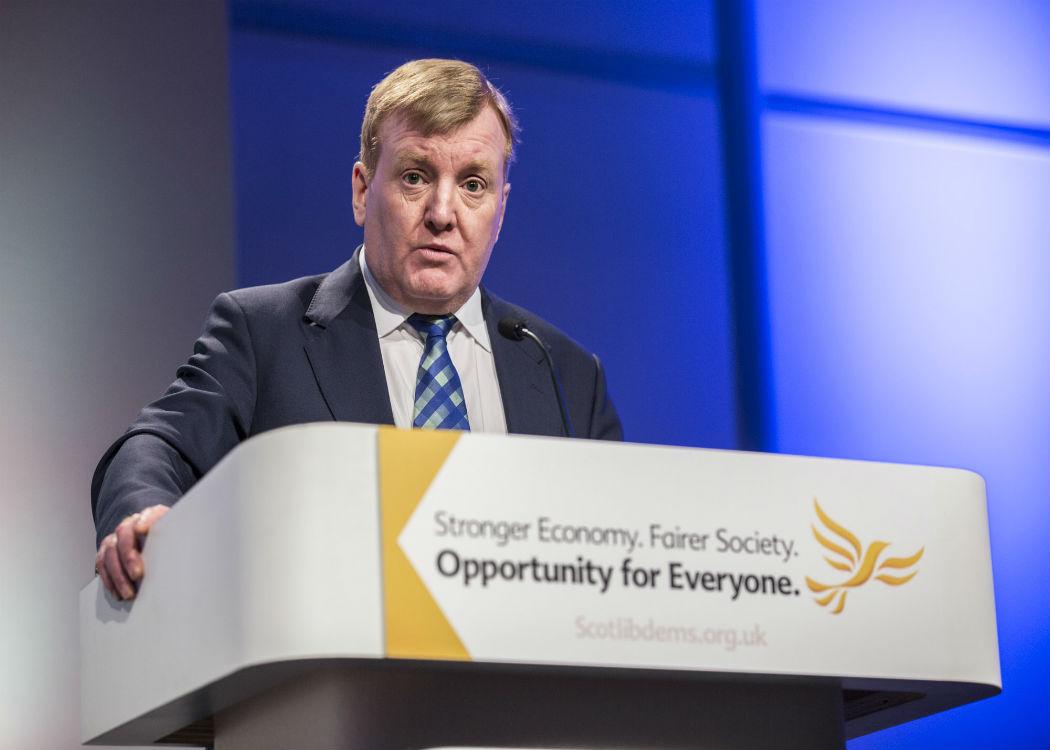 FORMER Liberal Democrats leader Charles Kennedy has attacked the Conservative party for “stoking up English nationalism”, after the Tories produced an “English manifesto” which included plans to have an English income tax.

Kennedy, who is fighting to retain his seat in Ross, Skye and Lochaber, said on a trip to Business Minister Jo Swinson’s seat in East Dunbartonshire that it was “alarming” that Tories and Labour want to “reopen the issue”.

He was reported in The Herald as stating: “Just months after a clear referendum decision to keep the UK together it is alarming that two parties seem to be doing their best to reopen the issue.

“The SNP have gone back on their commitment that there would not be another referendum for a lifetime. And the Conservatives are sowing division by stoking up English nationalism.” (Click here to read more).

SNP leader Nicola Sturgeon has refused to entirely rule out a second independence referendum after the 2016 Scottish elections, but said that it would require a “material” change in circumstances, such as a UK exit from the EU, to convince her to put another referendum in the party’s manifesto next year.

The Conservatives’ plan for an English income tax has been widely criticised by other parties as a divisive measure. While decisions over bands and rates of income tax are set to be devolved to the Scottish Parliament under the Smith Agreement, the tax overall, including the personal allowance, will remain a reserved matter. The SNP claim that disallowing Scottish MPs to vote in the House of Commons on this issue would therefore be tantamount to disenfranchisement.

The Scottish Liberal Democrats is focusing on defending the 11 seats the party won in the 2010 General Election, which looks like an uphill battle as polls show them on no higher than 4 per cent of the vote in Scotland.

The party has come out openly in favour of tactical voting in the 11 constituencies, with UK leader Nick Clegg stating in a recent visit north of the border: “In 11 Scottish seats, you face a simple choice: do you want an SNP MP or a Liberal Democrat MP?

“So if you are someone who is considering voting for the Conservative or Labour candidate, my message to you is this: lend us your vote and we can stop the SNP winning in your constituency.”

The move was attacked by the Scottish Conservatives, which described tactical voting as “fruitless”.