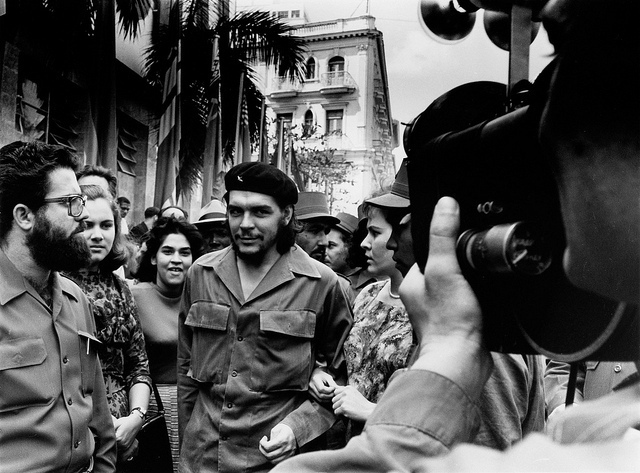 Dr Aleida Guevara March, eldest daughter of the revolutionary Che Guevara, will come to Scotland later this year to mark the 50th anniversary of her father’s execution

DR ALEIDA GUEVARA MARCH, eldest daughter of the Argentine physician and Cuban revolutionary Ernesto ‘Che’ Guevara and his second wife Aleida March, will appear at an event in Glasgow on 11 November as part of a speaking tour marking the 50th anniversary of her father’s death.

The Scottish Cuba Solidarity Campaign and the Havana Glasgow Film Festival will host Dr Guevara – a paediatrician with Havana’s William Solar Children’s Hospital, who has also worked with medical brigades in Angola, Ecuador and Nicaragua – at a rally in Glasgow, as well as a screening of a film about her father. Both events are scheduled to take place at Glasgow STUC Centre.

“Aleida Guevara is a charismatic figure both for Cuba and for the world.” Kath Campbell, Scottish Cuba Solidarity Campaign co-ordinator

Speaking to Third Force News, Scottish Cuba Solidarity Campaign co-coordinator Kath Campbell said: “Aleida Guevara is a charismatic figure both for Cuba and for the world. The last time she was in Glasgow her rally sold out many times over.

“She is a first class advocate for Cuba – especially its health record – and campaigner for human rights and developing nations.”

“You can imagine how thrilled we are that Che’s daughter is going to be with us on that very day, to mark this anniversary.” Eirene Houston, Havana Glasgow Film Festival

Eirene Houston, director of the Havana Glasgow Film Festival, also said: “We had already planned a specific screening on 11 November of San Ernesto, Born in Higuero – a documentary about the reverence for Che felt by the local villagers where he was shot – so you can imagine how thrilled we are that Che’s daughter is going to be with us on that very day, to mark this anniversary.”

Che Guevara was one of the 20th century’s most famous revolutionaries, as well as a doctor, Marxist theorist, guerrilla fighter, diplomat and minister in post-revolutionary Cuba. Following his involvement with the Cuban revolution, he left the country to foment national liberation movements abroad, aiming to “create two, three … many Vietnams”. He was eventually captured and executed by the CIA-backed Bolivian army in 1967.

As well as appearing in Glasgow, Dr Guevara March will also be speaking at a series of events in London, Denbigh, Sheffield and Manchester.