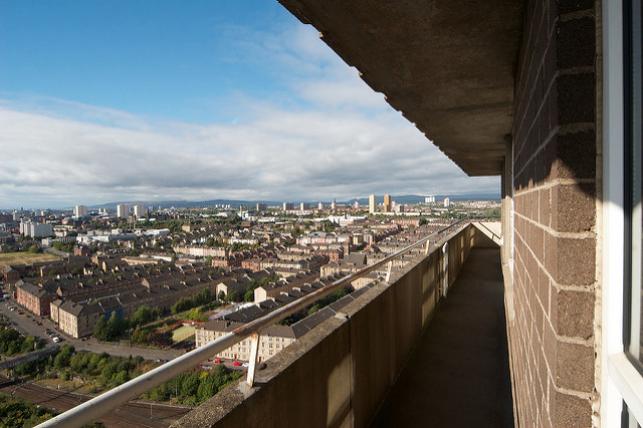 THE number of children in private rented accommodation across Scotland who are living in severe poverty has more than doubled in a decade, new data has revealed.

Research from Scottish Labour showed that 20,000 children in the private rented sector (PRS) were living in severe poverty in the three year period between 2005 and 2008.

However, after an analysis of Scottish Government data, they found that for the latest three year period between 2015 and 2018 that figure has more than doubled to 50,000 children.

Severe poverty is defined as being below 50 per cent of the UK median income after housing costs.

That figure has continued to rise since, as has the cost of renting in PRS, which rose by over 40 per cent in Edinburgh, and 31 per cent in Glasgow from 2010-2018.

Scottish Labour said that the rise in child poverty in the private rented sector showed the underlying impact of the housing crisis on Scotland, and argued that it was caused by a lack of affordable housing, pushing people into PRS.

“Too many families are caught in a vicious cycle – a lack of affordable public housing forces people to rent privately and as a result, they are paying rip-off rents which hammers their cost of living.

“We need an urgent change of pace – building more homes for social rent and fixing the problems in the private rented sector. Building more homes is key, social housing is the best value for money as an investment in the nation’s housing stock.

“Labour’s Mary Barbour law would give people hope that they can have secure, affordable tenancies. Only Scottish Labour has a plan for real change in the housing sector which will help the many, not the few.”

The Mary Barbour law consists of controlling rent prices and limiting the power of private landlords. The party has also set a target of building 12,000 affordable homes – both council and housing association – per year.

John Dickie, Director of Child Poverty Action Group in Scotland said: “There is absolutely no question that good quality affordable housing that ensures families are left with adequate incomes to give their children a decent start in life is absolutely crucial to ending child poverty. Housing policies need to be designed with the Scottish Government’s statutory 2030 child poverty targets front and centre.”

“In our Tackling Child Poverty Delivery Plan, we committed to working with the social housing sector to agree the best ways to keep rents affordable, evaluating the impact of the new private residential tenancy on families with children and ensuring that future affordable housing supply decisions support our objective to achieve a real and sustained impact on child poverty.

“Our target, over the lifetime of this Parliament, is to deliver at least 50,000 affordable homes – 35,000 of which will be for social rent.  This ambitious target is backed by more than £3 billion – the single biggest investment in, and delivery of, affordable housing since devolution.”

The Scottish Government introduced a new private residential tenancy in December 2017, which limits rent increases to once a year and allows tenants to lodge complaints against what they deem to be unfair rent increases. Local authorities have also been given the powers to apply tot he Scottish Government for an area to be designated a Rent Pressure Zone, which would restrict rent rises to one per cent above inflation, but as yet no Council area has pursued an RPZ as the complex data gathering is costly and falls entirely on cash-strapped local authorities to finance.

CommonSpace reported on Wednesday [10 April] on a new poll showing three in four Scots back the introduction of rent controls.