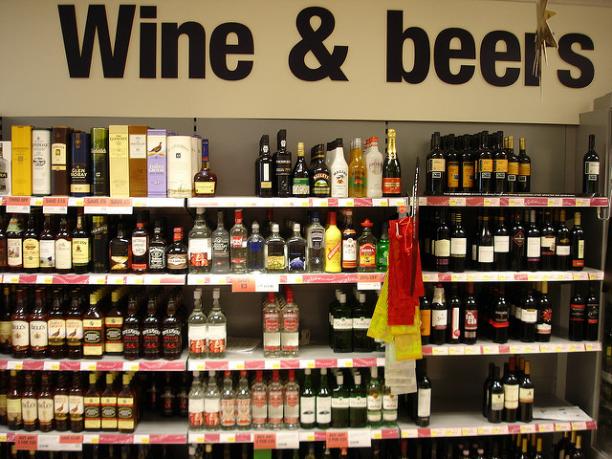 Both the Children’s Parliament and Alcohol Focus Scotland will publish their report on Thursday [19 September] at the Scottish Parliament, revealing concerns about the impact of frequent exposure to alcohol on children

SCOTTISH SCHOOL kids are calling for a ban on alcohol advertising and sponsorship at events and for drinks to be put in adult-only areas in shops.

A new report, by the Children’s Parliament and Alcohol Focus Scotland, has revealed how frequent exposure to alcohol at home, in shops, adverts and the wider community makes children feel unsafe and ignored.

The work comes after children have consistently expressed concerns about alcohol during other Children’s Parliament consultations and projects.

Cathy McCulloch, Co-Director of the Children’s Parliament, said: “Children have the right to have their voices heard in matters that affect them and we, as adults, have a responsibility to listen and respond.

“Throughout this process, children have been clear about the impact that alcohol has on their lives and what needs to happen to ensure that children’s rights to be happy, healthy and safe are realised. This report sends a clear message to all of Scotland’s adults.”

In workshops held in Edinburgh, school pupils shared their experiences about relationships with adults where they felt compromised when they are under the influence of alcohol. This would lead to the kids feeling unsafe, bored, excluded and ignored as well as being concerned about the welfare of adults.

The children were able to describe alcohol being highly visible throughout their day within their local community and places such as hotels, airports and train stations.

They have also demonstrated awareness and knowledge of alcohol branding, with some children able to discuss certain brands, logos and their advertising strategies.

Finally, the school kids have recognised how adverts can hurt children as they promote alcohol as something desirable, exciting and cool. They feel that this might encourage adults to drink more and make it more appealing for children to start drinking in the future.

Alison Douglas, chief executive of Alcohol Focus Scotland, said: “As adults we tend to assume that as an age-restricted product children don’t really notice alcohol advertising or people drinking. What this work has shown us for the first time is how often children are seeing alcohol – from opening the fridge at breakfast time, throughout the day in shops and on billboards to in their homes and on TV at night – and the negative effects it can have on their wellbeing.

“The Scottish Government’s forthcoming consultation on alcohol marketing provides a real opportunity to show we are listening to children and will take action to protect and promote their right to grow up healthy and happy, free from alcohol harm.”

Public Health Minister Joe FitzPatrick, whom earlier this year visited a workshop with Members of the Children’s Parliament, said: “It is crucial that we seek and listen to the views of children and young people in determining how best to prevent and reduce the impact of alcohol on them.

“The Children’s Parliament Investigators have done a great job in capturing and sharing the experiences of many of their peers, providing a unique and sobering insight which will help to inform the proposals for our consultation on restrictions to alcohol marketing issuing next spring.”

Both the report and a film will be shown on Thursday at an event in the Scottish Parliament that is sponsored by Scottish Labour health spokesperson Monica Lennon.