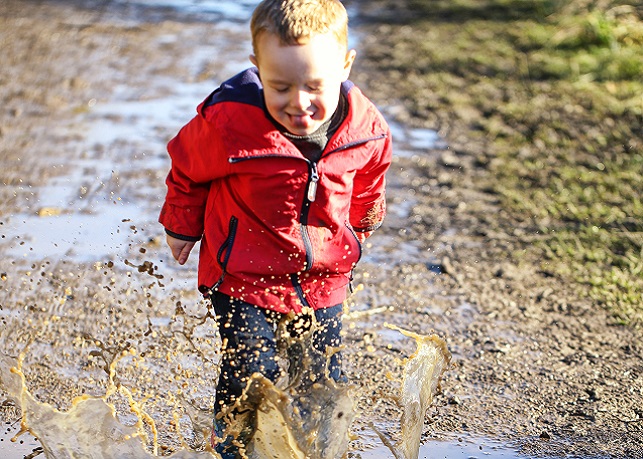 Literacy specialist, author and chair of Upstart Scotland Sue Palmer says allowing children the time and space for play is important for their development

HOW can I define 'child's play'? Running, jumping, climbing, building dens, making mixtures, exploring and experimenting, collaborating and competing, hiding and seeking, rough­and-tumbling, let’s­pretending … Play is simply what children do when left to their own devices.

They do it because it gives them intense satisfaction, and they'd carry on doing it all day, every day, if we gave them the chance.

Unfortunately most of them don't get the chance nowadays. For 21st century kids there are few opportunities for outdoor, active, social play. In traffic-­clogged streets and fragmented communities, the freedom for children to play together outside their homes has disappeared.

Many children now lead a predominantly indoor, sedentary existence – often a pretty solitary one, filled with shop­bought toys and screen­based entertainment. Yet scientists tell us that this child's play (outdoor, active, social) is an inborn learning drive. It’s how young human beings develop certain essential qualities needed to survive and thrive as adults.

Qualities such as physical fitness, coordination and control; social and communication skills; the capacity to focus attention, persevere with a task, devise strategies, solve problems; and the emotional resilience to deal with stress, rise to challenges and overcome difficulties.

So could outdoor play's recent rapid decline be affecting children's overall development? Could it be connected with physical health problems – obesity, for example – or learning difficulties like ADHD?

Perhaps lack of play helps to explain why more children are finding social interaction more difficult and beginning to withdraw into themselves or display 'challenging behaviour'. Or that others are finding it difficult to deal with stress as they grow older (Scotland apparently now has the most stressed­out teenagers in Europe).

Obviously, all these issues are related to a range of other personal and social factors, but it's surely no coincidence that physical and mental health problems have mushroomed among children and young people over the same few decades in which play has been so comprehensively transformed. There's wide agreement among paediatricians and psychologists that play is a significant protective factor.

Another defining element of child's play is that it's self­directed. It comes from the children themselves and if they're to develop creativity, initiative and problem­solving skills, adults have to back off and leave them to get on with it. But children's lives today are increasingly highly supervised – indeed controlled – by the older generation.

In a rapidly­changing world, mums, dads and other caring adults are increasingly concerned about kids' health, their safety, their future. Above all, they know how important it is for children to get a good education, so want them to get off to as good as start as possible on the basics of literacy and numeracy. There are now plans to assess children's level of 'attainment' in these subjects when they're only five years old. 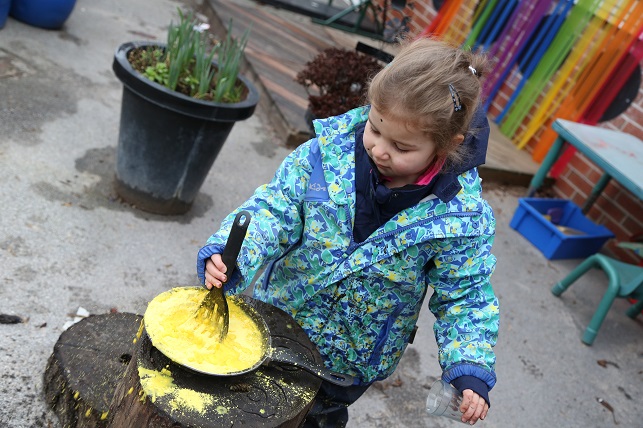 Yet, science also tells us that plenty of opportunities for self­directed play help to lay sound foundations for future educational success (being an inborn learning drive, it would be amazing if it didn't). For children to have a firm grasp of the principles underpinning maths and science, they need the deep embodied understanding of concepts like time, space, quantity, weight and volume that comes from playing out in the real world.

And if they have plenty of time in early childhood for painting pictures, making models, moving to music, singing songs, listening to stories and chanting rhymes, they'll develop the physical, social and linguistic skills required for reading and writing.

There's no point in herding them into classrooms and asking them to sit down at desks and apply themselves to written work before these essential foundations are well­established.

Upstart Scotland is a campaign aimed at changing Scotland's attitude to early education, and reinstating active, outdoor, self­directed play at the heart of childhood. It was launched last Sunday by parents and professionals around the country who are deeply concerned about the lack of time and space for young children to play and the growing pressure for early academic achievement.

Upstart points out that children in the UK start school far earlier than children in mainland Europe – indeed, earlier than 88 per cent of the world. This may not have caused us too many problems in the past, when kids were able to reap the benefits of play during their spare time. But in a 21st century culture, a very early introduction to formal schooling is more likely to inhibit children's educational progress than to enhance it.

Other European countries – where school starts at six or seven – have a tradition of three or four years of kindergarten education where young children can spend time outdoors – running, jumping, climbing, exploring.

Other European countries – where school starts at six or seven – have a tradition of three or four years of kindergarten education where young children can spend time outdoors – running, jumping, climbing, exploring, etc., in the time­honoured way – without too much adult intervention.

This 'real play' is interwoven with other tried, tested and fundamentally playful activities that develop children's capacity to learn and attend, such as music, song, stories, art and craft, role­play and drama.

As time goes on, children are supported in picking up the basic skills of literacy and numeracy, but only when they're interested and at their own rate. Formal, class-
based teaching starts later. And, according to international surveys, a play­based approach in the early years pays dividends.

Finland, Estonia and Switzerland, where the school starting age is seven (and children have four years of kindergarten education), currently lead the educational charts among western nations. On the other hand, despite endless educational investment and curricular reform, UK countries have failed to make headway, and linger in the lower reaches of the top 20.

This is why Upstart believes it's time for Scotland to change its national mindset and provide play-based, kindergarten­style education for the under­sevens. It wouldn't mean a change in children's entitlement to education – the change would be one of educational ethos during the most formative stage in children's lives.

As time goes on, children are supported in picking up the basic skills of literacy and numeracy, but only when they're interested and at their own rate. Formal, class-
based teaching starts later.

If you're convinced (there's an evidence section on the website, too), please pass on a link to the video to friends, family, colleagues and your local MSPs. Help them to see the connection between the decline of real play, pressure for children to achieve 'too much too soon', a rising tide of physical and mental health problems and Scotland's growing educational attainment gap.

Sue Palmer is a literacy specialist, author and Chair of Upstart Scotland.