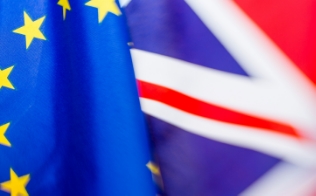 In the wake of this week’s Brexit bill vote, CommonSpace examines the potential consequences of powers that will fall under Westminster control

FOLLOWING this week’s controversial victory for the UK Government on Brexit, with discussion of the EU Withdrawal Bill’s effect on devolution crammed into 15 minutes and opposition to the final group of amendments reduced to 40 by Labour abstentions, the possible effects of Westminster ‘power grab’ has been placed front and centre once again.

The debate over which areas of responsibility formerly under EU should return to the UK’s devolved administrations was the chief cause of Holyrood’s refusal to grant consent to the Withdrawal Bill. Now that such concerns have been overturned in Westminster, what could the consequences be?

Below, CommonSpace details some of the key areas where divergence between the Scottish and UK Governments could spark change and conflict.

Most notoriously, by bringing animal health and welfare within a UK-wide framework, the Scotland-wide ban on the import and sale of chlorinated chicken could be challenged.

The law protecting the ban may be overturned by the UK Government, even if it retains control over the matter temporarily (potentially seven years). There are widespread fears that freedom from EU rules would allow the UK Government to reduce standards around animal health and welfare, allowing poultry farmers to store their livestock in overcrowded conditions – not only raising animal rights concerns, but risking infection and even requiring them to be washed in chlorine as a measure to prevent the spread of viruses transmittable to humans.

This prospect has loomed ever larger because of the UK Government’s hopes of securing a post-Brexit trade deal with the administration of Donald Trump; the United States currently allows the sale of chicken treated in such a way, and British practices may fall into line with lower American standards as part of US-UK negotiations.

Agriculture has been another major focus of the power-grab debate. In September 2017, figures from the new Scottish Parliament Information Centre (SPICe) indicated that Scotland could lose out on €2,298m in subsidies – approximately £2 billion – if funding apportioned by the Common Agricultural Policy (CAP) is replaced by per capita funding on a UK-wide scale, due to Scotland’s higher concentration of farmers and crofters.

Patricia Gibson, SNP MP for North Ayrshire and Arran, commented in response to the figures: “On the one hand the Tories say Scotland should use its devolved powers to mitigate Westminster’s welfare cuts, for which resources would have to be redirected from Education, Health etc; while on the other the ­­­­prospect of the SNP Government using its powers to support our own sheep farmers is somehow wrong.

“The Tories’ are attempting to centralise power in London to the detriment of our rural economy.

“It is clear the Tories cannot be trusted to act in the interests of farmers and crofters in Ayrshire and across Scotland.”

Already, the UK Government’s 25 Year Environment Plan has replaced the EU’s ongoing pledge to have 100 per cent of waters achieving good ecological status by 2027 with a less ambitious goal of getting ‘at least three quarters of our waters to be close to their natural state as soon as is practicable’.

Due to the power-grab, it may be impossible for devolved administrations to stick to EU targets, rather than the more vaguely-defined English objectives.

On the issue of public procurement, the UK Government will take control of the rules which determine the allocation of public contracts. Previously, the Scottish Government has worked under European procurement law, but has made attempts to go further within those strictures in an attempt to support small and medium sized businesses while assigning contracts.

However, those efforts could be undone when those powers fall to the UK Government, even temporarily: contracts could be doled out which have consequences that stretch beyond the seven years Westminster might have control over the area.

Scottish fisheries minister Fergus Ewing has previously condemned the power-grab’s likely effect upon fishing policy, due to the fact that the EU Withdrawal Bill will roll over the landing obligation – a sustainable fishing requirement – into UK law. Ewing described this as “one of the most bizarre decisions on fisheries management I have ever encountered”.

Speaking at the annual dinner of the Scottish Fishermen’s Federation in Edinburgh earlier this year, Ewing emphasised that the Scottish Government was committed to sustainability and responsible management in fisheries, and supported the general principle behind the landing obligation and the discard bans it covers.

However, Ewing argued that there was not enough progress on this issue at EU level, and with the requirements being rolled into UK law under the control of Westminster, the Scottish Government will be unable to address it.

Ewing said: “Our future management discussions should be about what arrangements best suit Scottish fishing interests, not as in the example of the landing obligation where these are compromised not just by the CFP [Common Fisheries Policy] but by the UK Government as well.”

Ewing has also warned of the potentially “devastating impact” on the processing sector of the fish market, should post-Brexit restrictions on freedom of movement come into force, as well as the loss of tariff-free access to markets enjoyed under the EU. Others within the fishing industry have warned that tariffs could not be absorbed, and the resultant delays in getting their product to markets – which can critically affect fresh and live seafood exports – could reduce value significantly.