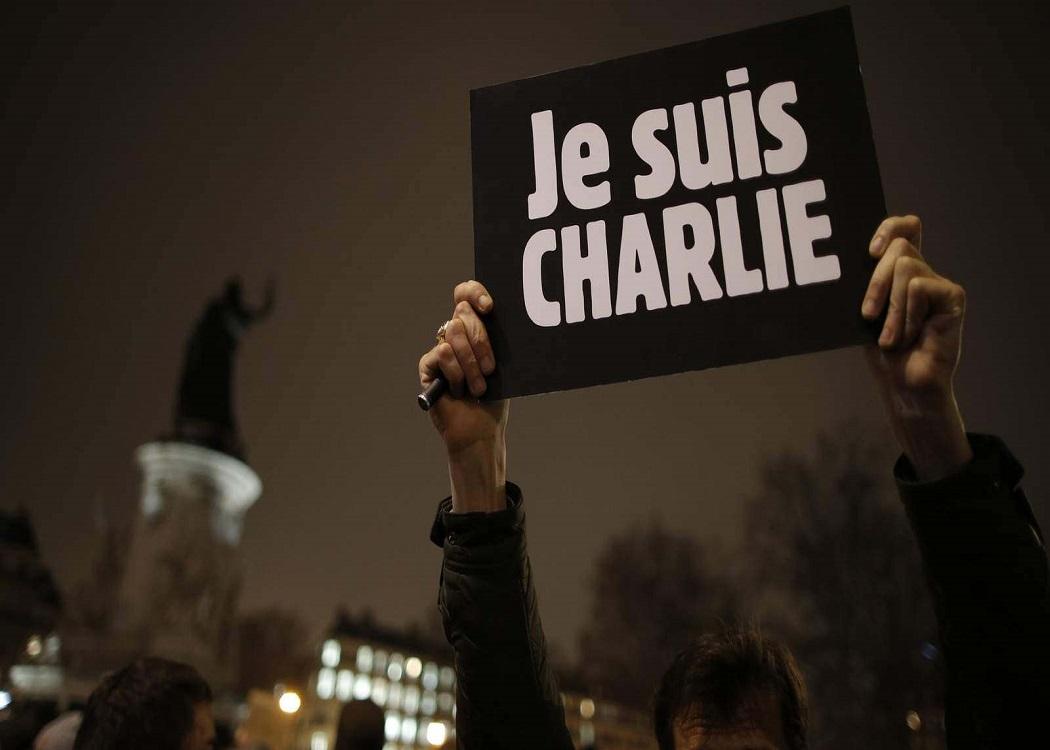 Christina Neuwirth, a project officer at Scottish PEN – part of the worldwide network of PEN organisations which campaign to protect freedom of expression – explores the nature of self-censorship and the challenges presented by the post-Charlie Hebdo landscape

My finger is hovering over the SEND button. I’ve rewritten the tweet about five times, but I’m still not sure. In the end, I send it, then immediately change my mind and delete it, hoping nobody saw. I switch from my German to my English account. I translate the tweet, send it, and leave it there.

I’m an Austrian living in Scotland, and while my opinions stay largely the same, my geography does change how happy I am to voice those opinions. A sort of shapeshifting self-censorship.

I’ve learned to queue at the bus stop and eat bread with my mac’n’cheese, but as much as I’ve tried to integrate myself into the local culture, a goose-stepping Hitler impersonation (like in the 1975 ‘The Germans’ episode of Fawlty Towers) still makes me uncomfortable, and I find it hard to laugh. You see, the law in Austria prohibits any kind of reference or imitation of Nazism, including the hitler salute and depictions of the swastika.

I’m an Austrian living in Scotland, and while my opinions stay largely the same, my geography does change how happy I am to voice those opinions.

It’s not just dealing with my country’s fascist history that shifts my perspective. In the wake of Charlie Hebdo – the French satirical magazine which became the target of a bloody attack which left many people dead – we talk about satirical depictions of Islam, but a Jesus cartoon doesn’t really bother anyone here in Scotland.

In Austria, criticising religion, especially the Catholic kind, is still controversial: the cartoonist Josef Haderer was heavily criticised by a local bishop after the publication of his book, The Life of Jesus, in 2002; the bishop asked for the cartoonist to be sentenced to six months in prison.

Remind me again when Monty Python made Life of Brian? 1979. That was a whole six years before the Austrian government banned a film because it might offend Catholics (Liebeskonzil by Werner Shorter), and an appeal to the European Court of Human Rights found no violation of the freedom of speech act and condoned the ban.

As free as I feel here in Scotland to talk about religion, I’m surprised to find myself restricted elsewhere, like the time I got on a bus wearing a maroon blazer: the bus driver advised me to take it off, because a bunch of Hibs fans were about to get on at Murrayfield and they wouldn’t like me wearing that colour.

Up to that point I’d never even thought about football colours as being a thing. A week later I was walking up the road from my Easter Road flat and was met by a sea of green-scarfed enthusiasts. I slowly took off my red scarf and put it in my bag. My downturned eyes said, “I swear I’m not a football fan, I just wear a lot of red!”

In a world where around 75 per cent of writers internationally say they’re at least somewhat worried about government surveillance of their work should we really place more constraints on ourselves?

In a world where around 75 per cent of writers internationally say they’re at least somewhat worried about government surveillance of their work should we really place more constraints on ourselves? The decision to publish or not publish should be ours, and I do get that there are more things to consider than just the law: sensibilities and families and security and longevity and defamation. But it makes me wonder where it stops, and whether we’re just locked in cages of our own making.

Scottish Pen is hosting an event – ‘Are We Still Charlie’ – at Summerhall, Edinburgh, on Friday 20 February at 7.30pm, to explore self-censorship, censorship and freedom of expression. Speaking at the event will be cartoonist Greg Moodie, journalist Joyce McMillan and author and playright Alan Bissett.

Click here for tickets, priced between PS2 and PS4.