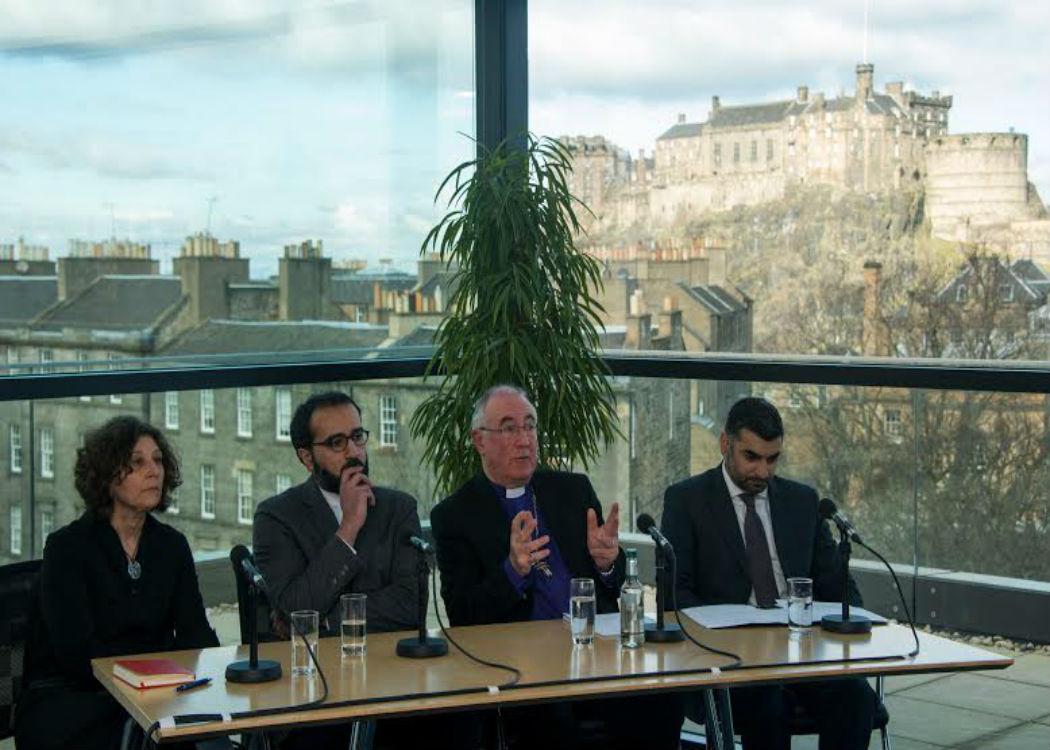 THE CHURCH OF SCOTLAND and the Islamic Finance Council (IFC) launched a joint initiative today (Tuesday 22 March) in Edinburgh to tackle the damaging influence of finance in the Scottish and UK economies.

The two faith institutions will work together in coming months for the first time to develop alternatives to the current practices of the financial sector, drawn from Christian and Islamic traditions.

Rt. Rev Dr Angus Morrison, Moderator of the General Assembly of the Church of Scotland said: “Our current system has gone badly wrong, creating massive inequality and the destruction of our shared natural resources by money-making machines overtaking commerce that serves the common good.

“The Christian and Islamic faith traditions share a commitment to economic justice and a call to an equal distribution of the gifts of God. By collaborating and “putting our money where our morals are” we have an opportunity to live out our common values and make a tangible change for those most affected by poverty.

Both the Christian and Islamic faiths preach against economic injustice. Islam in particular proscribes usury and there are many Islamic banks throughout the world which practice banking without the charging of interest payments.

IFC Advisory Board Member Omar Shaikh said: “In recent years we have developed a strong relationship with the Church of Scotland and this project is a result of that positive engagement and the mutual desire to work collaboratively on a project which brings together the best of our respective faiths. The positive message of faith groups working together presents a beacon of light which we hope can inspire many others across the world.

“Scotland has a proud heritage in ethical finance with the savings bank movement able to trace its origins back to the Rev. Henry Duncan of the Church of Scotland. This model was also used as the blueprint for the early Islamic banking attempts in the 1960s, which makes it particularly poignant that this new initiative in being led in Scotland.”

The centrality of the finance to the UK has become controversial since the global financial collapse in 2008 led to global recession and provided the backdrop to the implementation of austerity programmes in many Western countries.