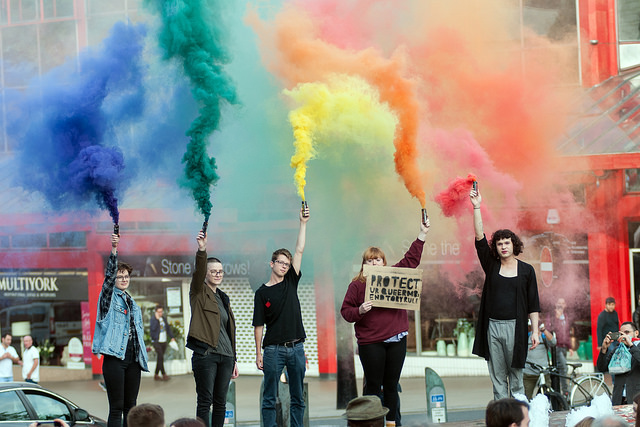 DEMOCRACY campaigners and leading academics will join members of the public over several days to debate the outcomes of Brexit.

The meeting, endorsed by Remain campaigners like Chuka Umunna and Leave campaigners including UKIP’s Suzanne Evans, will discuss the many areas of policy that will be profoundly impacted by the UK leaving the EU.

The announcement of the conference, to be held over tow weekends in September in Manchester (from the 8th and 29th), comes as the UK Government publishes its Great Repeal Bill plans, which critics argue is authoritarian – giving ministers inordinate power over parliament – and fails to meet up to promises of distributing powers to devolved administrations including the Scottish parliament.

The project is being organised by UCL’s constitution unit University of Westminster’s Centre for the Study of Democracy, the University of Southampton, Involve, and the Electoral Reform Society (ERS), and will discuss issues such as the economy, jobs, the environment and sovereignty.

Welcoming the event, former deputy chairwoman of UKIP, Evans said: “Now that the British people have voted to leave the European Union – a cause I have championed for many years – it is time to ensure that people’s voices are continued to be heard.

“The Citizens’ Assembly on Brexit, by providing all the information people need without the spin, is an ideal way of doing this. I fully support this project and look forward to hearing the recommendations of this cross-section of British society.”

Umunna, who is MP for Streatham, sai: “As the representative of the most ‘Remain’ constituency in Britain and chair of Vote Leave Watch, I am a firm believer in the benefits of a close relationship with our European partners.

“And I also think that rather than pursuing a recklessly hard Brexit, this government needs to listen to what the people want and a citizens’ assembly is a great way of doing this. I am happy to support projects like this that attempt to bridge the great divides in British society.”

Further information for the event can be found here.