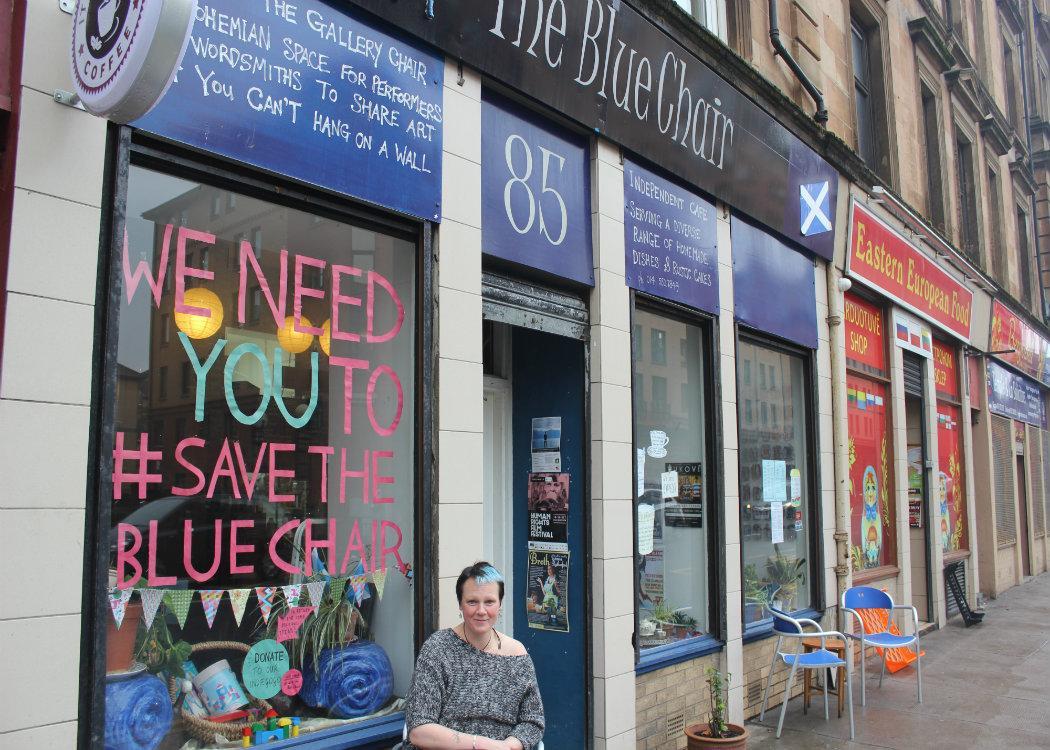 Spokesperson confirms that action can be taken to prevent business eviction

THE ARMS LENGTH council land lord responsible for thousands of business leases in Glasgow is willing to negotiate a deal to save a popular community venue from the threat of eviction.

CommonSpace reported that The Blue Chair Cafe, based on Glasgow’s High Street, had launched a campaign to save the fledgling venue following a threat from owner City Properties.

Now the landlord has confirmed that a meeting to prevent the eviction is possible, on the basis that effort is made to alleviate the cafe’s debt. The owner, Lorelle McGurran, had previously contacted the landlord to try to arrange a repayment plan.

A spokesperson for City Properties told CommonSpace: “The tenant was advised that these proposals [for a new business plan] should be put in writing. The tenant was also advised that a substantial payment to the arrears would still be required or the notice of termination would proceed.

“Once a written proposal has been received and if the proposal is acceptable, then City Property would be happy to arrange another meeting with the tenant.”

The cafe has supported a range of community organisations since it was established two years ago.

Customers, who have set up a campaign and fundraiser to save the venue, point to its social use as a meeting hub for political campaigns, performance group and hosting a regular ‘safe space’ for people recovering from drink or drug addicition as evidence of its importance to the local community.

Since the story was highlighted on CommonSpace and elsewhere in the media yesterday [Tuesday 6 October] the group’s online crowdfunder has more than doubled to over PS2,000 raised.

McGurran, speaking to CommonSpace, described how her business took on debt in its early phase – but is now turning a monthly profit and is determined to construct a repayment plan to keep the small business alive.

The group was set up in 2010 when Glasgow City Council set up City Properties to offload its tenancy properties to an ‘arms length’ group.

City Properties, which is still accountable to the council, took on PS120m of debt when it was established and now operates a repayment plan with its lender.