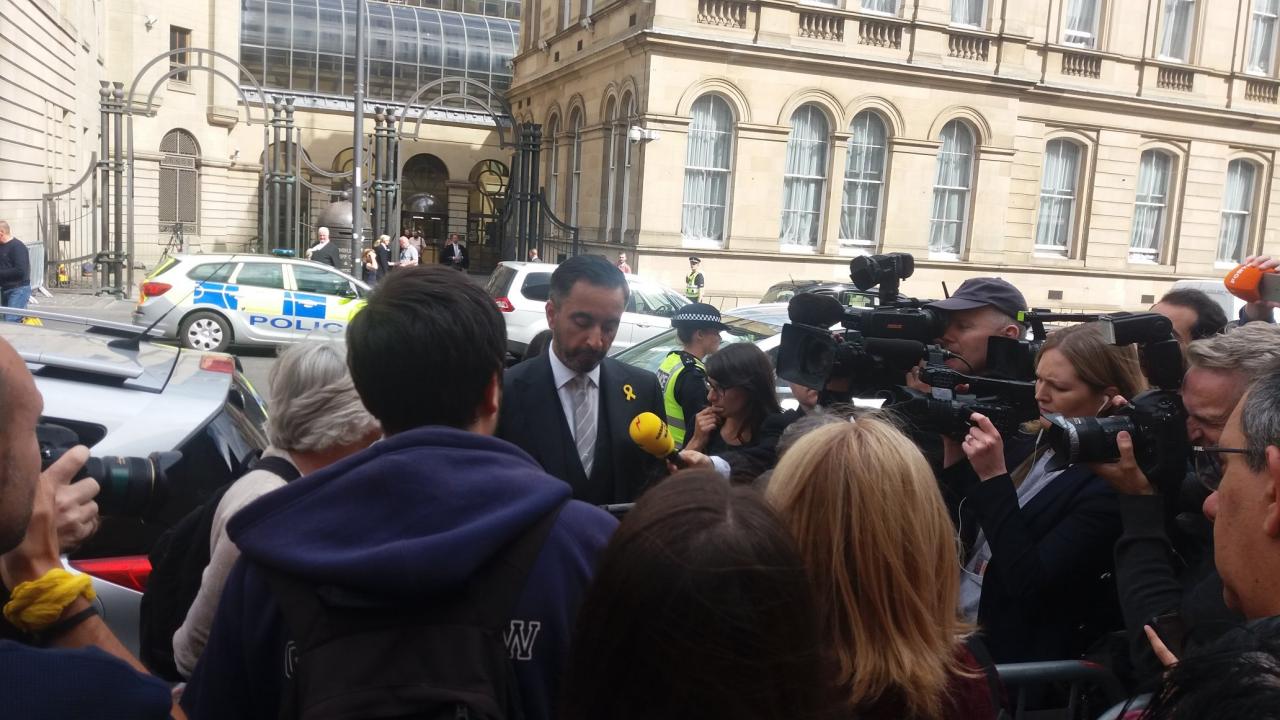 CLARA PONSATI, the exiled former Catalan minister and St Andrews professor, will not be arrested or appear in court this week, following the return of her European Arrest Warrant to Spain for clarification by UK authorities.

Ponsati, who is sought by Spain on a charge of sedition relating to her involvement in Catalonia’s outlawed 2017 independence referendum, was to present herself to police in Edinburgh tomorrow [7 November] before appearing at Edinburgh Sheriff Court to apply for bail.

However, in a statement released today by her lawyer Aamer Anwar, it was revealed that the translated warrant for Ponsati was received this morning, and clarification is now being sought from Spain by UK authorities over its contents, which includes “glaring contradictions”.

According to Anwar, Ponsati’s legal team has been translating the warrant in their possession for the past 24 hours. The “rambling” warrant, which stretches to “some 59 pages”, apparently employs both ‘Rebellion’ and ‘Sedition’ – which, under Spanish law, are two separate crimes – and only mentions Ponsati on two pages, “with no clarity as to her role”.

In a statement released on his firm’s website, Anwar says: “We note the warrant begins with the activities of the ‘Independence’ movement in December 2012, however Clara Ponsati only returned to become Education Minister on July 14th 2017.”

READ MORE: A ‘systemic attempt to criminalise the fight for independence’: Clara Ponsati prepares for arrest

A further statement from the UK Government’s Sirene (Supplementary Information Request at the National Entries] bureau, which is responsible for exchanging information the national authorities of EU nations, described the warrant as “disproportionate under UK law”.

The UK Sirene office has reportedly informed the Spanish authorities that it will not detain Ponsati on the basis of the warrant, but has said that “the National Crime Agency can evaluate again the situation if it receives more information on this issue.”

As the warrant has now been returned to Spain in the hope that greater clarity will be provided, Ponsati’s court hearing has been cancelled and she will not appear at Edinburgh Police Office tomorrow.

According to Anwar, it is “provisionally” expected that Ponsati will hand herself over to authorities on 14 November, however this has not yet been confirmed.

It is the procedural norm for all European Arrest Warrants to be checked for accuracy before being passed to the relevant state from which extradition is being sought. However, recent similar failures by Spain to follow this procedure have led to delays in the warrant for former Catalan President Carles Puigdemont being accepted by Belgium.

Anwar commented: “The shambolic ‘arrogant’ attempts at extradition by Spain should be a source of deep embarrassment to them. This is now Spain’s third attempt to extradite Clara and they stand accused of abusing the European Arrest Warrant process.

“We are instructed to robustly defend Clara in what she claims to be a ‘judicially motivated act of vengeance’ against the Catalan politicians.”

Anwar added that Ponsati’s legal team were also monitoring statements by Spanish Prime Minister Pedro Sánchez after he appeared to boast of controlling Spain’s public prosecutor, who is theoretically part of an independent judiciary, while discussing attempts to extradite Puigdemont from Belgium.

In a TV interview on 4 November, Sánchez highlighted the European Arrest Warrant issued for Puigdemont, before asking: “Who does the prosecutor answer to?” The interviewer answered: “To the government,” prompting Sánchez to respond:  “Then, that’s it.”

Anwar said: “Such statements makes a total mockery of the Spanish state’s claim to have the ‘separation of powers’.

“We are putting politicians such as Pedro Sanchez on notice, that we will not hesitate to cite them as witnesses to our courts, to answer questions on their alleged interference with the Spanish judiciary, lack of impartiality and any political motivation over the extradition process.”