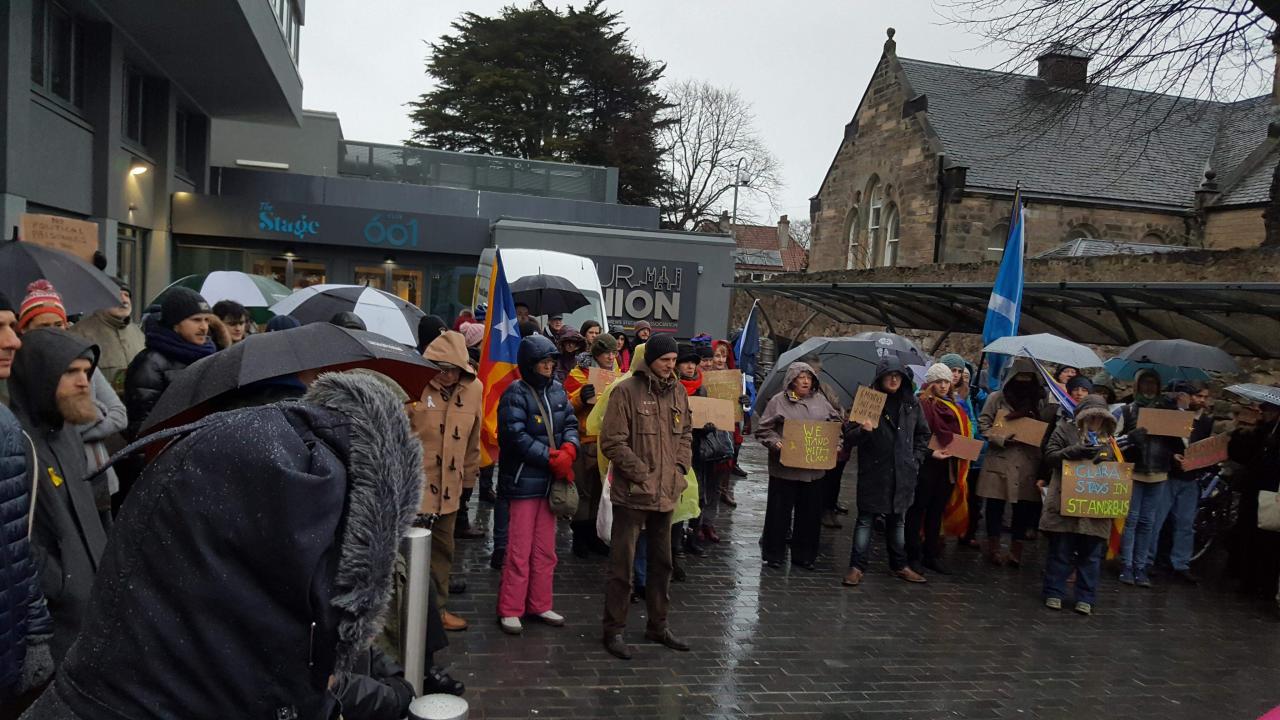 SPANISH attempts to extradite the former Catalan education minister Clara Ponsati were protested in St Andrews on Monday, with students at the university ‘standing up for democracy’ and defending the academic.

Professor Ponsati was arrested in Edinburgh after a European Arrest Warrant was issued by the Spanish courts, but was later released on bail after a short hearing at Edinburgh Sheriff Court.

Spanish authorities allege the academic and her former colleagues are guilty “violent rebellion” after they organised an independence referendum in 2017 declared illegal by Spain’s government. 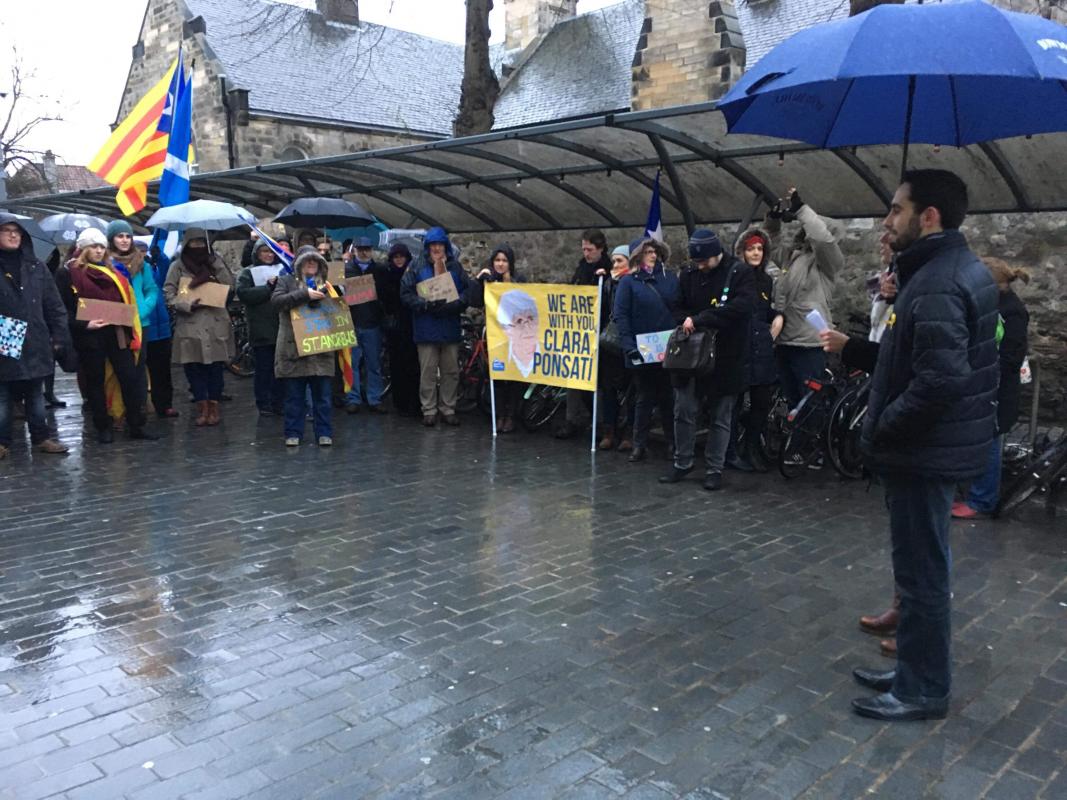 The chair of economics at the University of St Andrews, Prof Ponsati had returned to her post at Scotland’s oldest university after taking a sabbatical to serve in the Catalan Government.

Students at the university organised the protest in opposition to the extradition bid, and the university’s principal also hit out at Spain’s attempts to extradite their “valued colleague” as a “politically motivated” attack on free speech.

Speaking to CommonSpace, one of the students who organised the protest, Stephanie Melnick, said: “We had a very successful demonstration in St Andrews, which demonstrates the level of support for Professor Ponsati in the town and in Scotland.

“So many people support Professor Ponsati as she is unfairly faced with this situation for carrying our her job as a representative of the people.”

Prof Ponsati, represented by renowned human rights solicitor Aamer Anwar, has launched a crowdfunder for her legal costs, raising nearly £230,000 in under a week to support her appeal bid.

Speaking exclusively to CommonSpace about the crowdfunder, Anwar said: “We require a huge number of resources to fight this case. The Spanish state has all the resources available. And we want to see motions being passed – whatever these organisations think is fitting in terms of support.”

A preliminary hearing on Ponsati’s case has been set for 12 April, and there will be a full hearing to decide on the matter on 18 April at Edinburgh Sherriff Court.