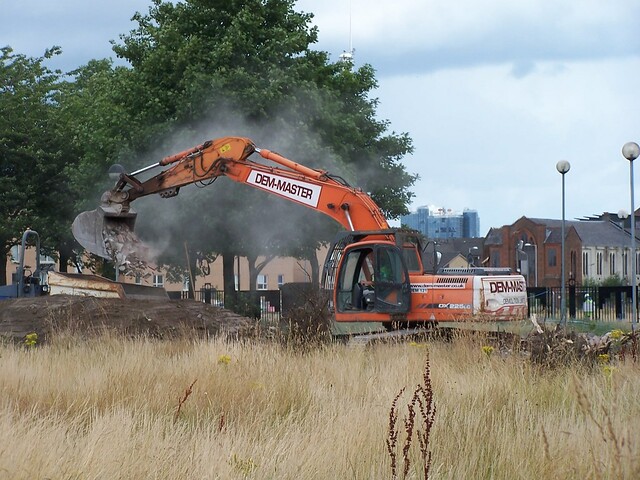 Clare Symonds, chair of Planning Democracy, says that on the organisation’s 10th anniversary, which will be marked by a conference on 11 May, the need to fight for the role of community’s in the planning system is more necessary than ever

PLANNING Democracy are celebrating two big anniversaries this year. There is, however, a certain irony about the coincidence of the two significant dates, particularly in the year when new planning legislation is being introduced.

For starters we are celebrating our own 10th anniversary and as part of that we will be putting on a conference entitled People Powered Planning: Putting Communities on the Front Foot. It is in Glasgow on Saturday 11 May 10-4.30pm and promises to be a networking, skill sharing and learning extravaganza for anyone who is interested in planning from a community perspective. As the title suggests we hope to arm citizens with the information, skills and support needed to engage as effectively as possible and influence planning decisions that affect them. It is not an easy task, as any of you who have been at the sharp end of planning decisions, will realise.  We hope there will be something for everyone, from those interested in wildlife, to those wanting to know more about environmental law and judicial reviews, to those who want to tackle the thornier issues of market driven planning and neoliberalism.

The second celebration is the 50th anniversary of the publication of the Skeffington Report on Public Participation in Planning. At the time it was published, in 1969, it was a ground-breaking report that detailed how the public might become more involved in planning, particularly through the creation of local development plans. The principles of public engagement in planning contained in the report have become widely accepted in law and policy, for example treaties such as the Aarhus Convention, to which Scotland is a signatory, makes it clear that people have rights to a say in decisions that affect their lives.

Although rights to participate are still unequal, the legal system now understands that there are three sets of interests in planning, the local planning authority (who are charged with determining where the public interest lies in the use and development of land), applicants for planning permission (who want to develop and make profits) and the public (who are ultimately affected by the planning decisions made and whose voices therefore need to taken into account).

Alarmingly, fifty years on from Skeffington it seems that some key figures in Scottish planning are still in denial about the role of the wider public in decision-making. For example the professional body for planners, the RTPI Scotland, and MSP Anabelle Ewing, who sits on the committee overseeing the current Planning Bill, have both recently claimed that only two legal interests matter, applicants and local authorities.  So, the public are still not, in their opinion, a key player. Unfortunately, this anachronistic view fits the dominant narrative of the current Planning Bill, which sees planning as a means of facilitating development and delivering growth rather than a democratically accountable way of managing land for the wider public good.

This logic doesn’t leave much space for meaningful community engagement. Which helps explain why the Government’s own research and opinion surveys have repeatedly shown that public trust in planning is at an all time low. It leads to inevitable conflict between planners, communities and developers: the planning profession frequently finds itself fighting alongside the development industry against communities who are concerned about the impacts of development. Professionals deal with this by dismissing concerned communities as NIMBYs who lack understanding of the wider needs of society and have unrealistic expectations about influencing decision-making. Community groups who invest time and energy in good faith to have a say often come away frustrated, frequently feeling the whole thing is little more than a stitch up. Local councillors meanwhile oscillate uncomfortably between representing voters and the formal obligations the planning system imposes on them.

Despite being portrayed as a ‘root and branch’ review, the new planning legislation does very little to change this scenario. There is little to celebrate for communities, despite a new initiative for local place plans, whereby local authorities ‘invite’ communities to draw up their own very local area plan. This is something that communities can and already do without the need for legislative approval.  However, under local authority control, these plans must be in keeping with a system that seemingly exists to promote development at any cost (evidenced by the high approval rate of applications which stands at 95 per cent). This inevitably puts any community in a difficult position should they propose a plan that puts forward anything that might challenge this dominant narrative. It seems inevitable that citizens carrying out their legitimate civic duty will continue to be cast in the role of nuisance and NIMBY’s rather than seen as equal and necessary partners in decisions that affect Scotland’s development.

Planning Democracy believes that communities should be at the front and centre of planning. We think it is time for citizens to be given far more say and influence in planning. Our conference aims to put people at the heart of the proceedings. They are not an added on extra, an afterthought, or a token gesture. We will provide a space for citizens to not only learn and network but to celebrate people powered planning and to work together with us to campaign for a planning system that delivers for people.

Conference places cost £20 for individuals, more if you feel you can, less if you are struggling financially, £30 for professionals. For more information and to book your place see here.

Planning Democracy is a grassroots organisation that campaigns for a more inclusive fair and transparent planning system in Scotland. Visit their website here.