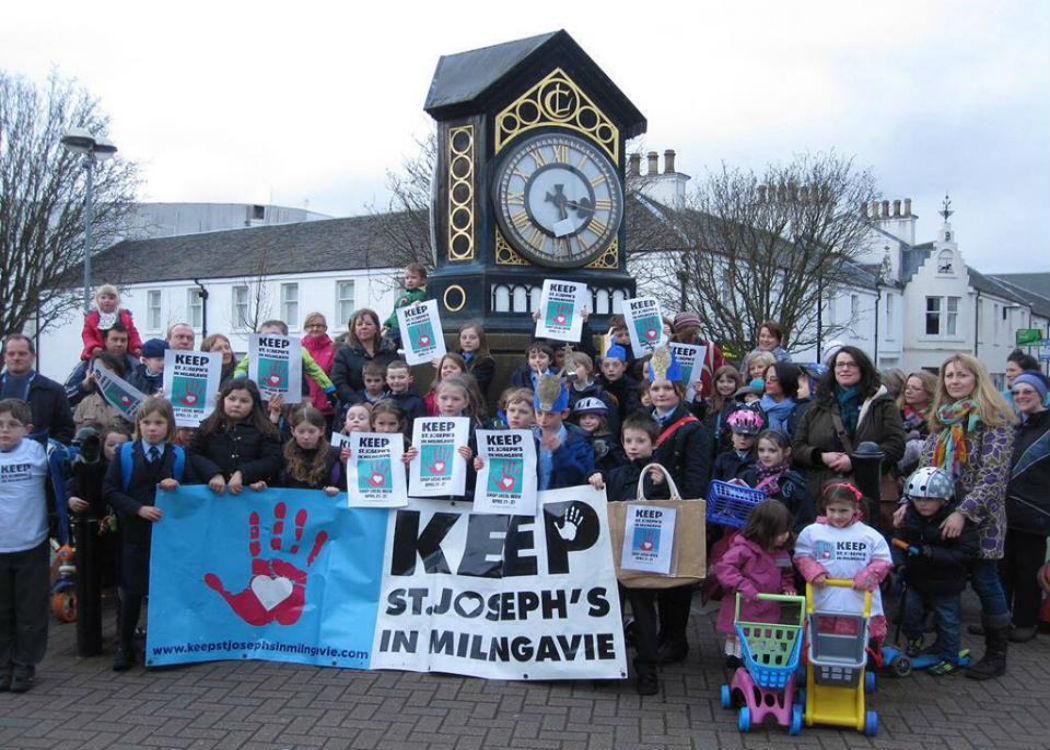 THE single most important issue in Scotland today is to ensure that every child gets the best possible education at every stage of their school career. That’s why Nicola Sturgeon has put education at the heart of her party’s manifesto for this year’s Holyrood election.

The starting point for everybody involved in this debate should be that we aren’t doing well enough. Too many children are shut out from our elite universities and never get the chance to find out what they are capable of achieving.

The fashionable term for this is the ‘attainment gap’. What it really means is Victorian levels of inequality persisting into the 21st century.

The starting point for everybody involved in this debate should be that we aren’t doing well enough.

In East Dunbartonshire, those problems have been combined with a Better Together coalition of Labour, Liberal Democrat and Conservative councillors behaving with Thatcherite arrogance. They seem to believe the way to improve education is to close good schools.

At St Joseph’s, parents decided to fight back . When our councillors decided to close our much loved school, we said “No”.

We started by doing what school communities around Scotland have been doing for years: we wrote letters, signed petitions and protested with hand-painted banners and home made drums. Our children chanted: “Please don’t make us cry, keep St Joseph’s in Milngavie.”

They didn’t listen. The chair of the Education Committee, local Milngavie councillor Eric Gotts, responded to the overwhelming opposition of his community by cancelling his surgeries so that he didn’t have to meet us.

In East Dunbartonshire, those problems have been combined with a Better Together coalition of Labour, Liberal Democrat and Conservative councillors behaving with Thatcherite arrogance.

We were basically being told that our councillors knew best and we should eat our cereal. Those days are over.

There is a new spirit in Scotland since the referendum and people want to be involved in all the decisions that affect our lives. Our campaign mobilised the entire community. Pensioners ran websites, school mums organised fundraising ceilidhs and local shops gave out free ice cream to pupils on protests.

The journey we have been on over the past three years has revealed a group of people with enormous enthusiasm and talent. Couldn’t that energy be harnessed to make our school run better all the time, we asked ourselves?

Our fight affects everyone in Milngavie because so many different organisations use our site. They include Milngavie’s only partnership nursery and the Time Out Club, which provides wrap-around care for children from both St Joseph’s and Craigdhu Primary schools.

But our ambition is to go further and bring resources back into our area. For example, NHS Greater Glasgow & Clyde shut down our baby clinic because they wanted to use the space for older people’s physiotherapy. St Joseph’s could offer it a new home and save new mothers the two-mile walk to Bearsden.

At St Joseph’s, parents decided to fight back. When our councillors decided to close our much loved school, we said “No”.

The proposal parents have put to the first minister is that St Joseph’s should receive its core funding directly from the Scottish Government, but we will raise extra resources from friends and supporters in the parish and community. This would enable us to provide additional learning, support activities like breakfast clubs and offer our children different opportunities.

Education in the 21st century needs to prepare young people for jobs that don’t exist yet, using technologies that are still to be invented. We can do that better if we get everyone working together to support teachers.

St Joseph’s would continue to operate within the state system and we wouldn’t want it any other way. But parents deserve a bigger say. What we are asking from the Scottish Government is that they use our school as a pilot scheme and give us the chance to show that we can make it work.

We will respect national agreements with trade unions and pay every employee the Living Wage. Our doors will be open to everyone who needs us. A key feature of our proposal is our intention to develop a Nurture Resource Unit that would support children from the wider area with social, emotional and behavioural difficulties.

What we are asking from the Scottish Government is that they use our school as a pilot scheme and give us the chance to show that we can make it work.

No such facility exists in our part of East Dunbartonshire and we believe it to be crucial in helping all children develop to their full potential. We are also confident that we can attract teachers interested in seeking new ways of delivering education.

The point is that giving power and independence to parents opens up a world of new opportunities. Some councils are more in touch with what people want than East Dunbartonshire, but none have a monopoly of wisdom and we need to try something new.

The ball has been passed to Nicola Sturgeon and it’s now up to her to decide what happens next.