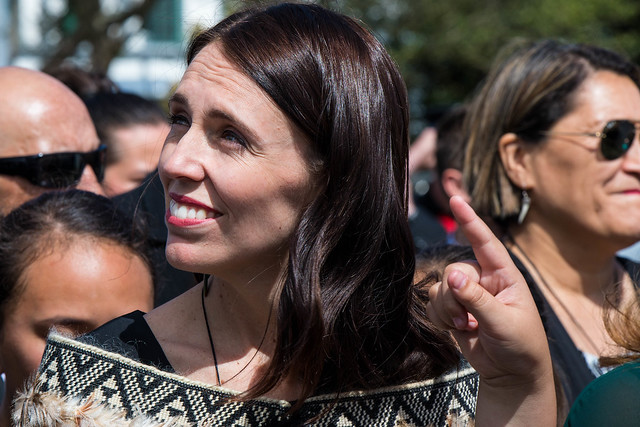 SCOTTISH Climate activists have responded to news that New Zealand has withdrawn its support for subsidies and tax breaks to the oil and gas industry by calling on the Scottish Government to follow suit.

The New Zealand news website Stuff reported last week that the government “has withdrawn the majority of its support for the oil industry, reviewing the last remaining taxpayer help for fossil fuel industries.”

“It has put an end to research and development, sponsorship, promotional events and funding exploration data,” the report added.

In April 2018, New Zealand prime minister Jacinda Ardern announced that no further offshore oil and gas permits would be granted, becoming one of the world’s first countries to do so.

Angus Rodger, research director at Wood Mackenzie, told FT at the time that “the timing is particularly intriguing as industry interest in New Zealand oil and gas is actually higher now than it has been for a number of years”.

New Zealand produces around 15 million barrels of oil a year, with the industry contributing around NZ$2.5bn to the New Zealand economy.

Since entering coalition government with the Greens in 2017, Ardern has pushed a wellbeing economy agenda, announcing what it described as the first government budget in the world to be based on wellbeing principles earlier this year.

Scottish Greens energy spokesperson Mark Ruskell responded to the news by saying that it showed “what can happen when other parties work with Greens”.

“The UK continues to bankroll oil exploration in the North Sea and fail to invest in alternatives. Meanwhile the Scottish Government continues to support maximum extraction,” he said.

In 2018, the Scottish Government joined a Wellbeing Economy Governments group with New Zealand and Iceland. In July, First Minister Nicola Sturgeon noted this in a TED Talk which made the case for collective wellbeing being a more important indicator of a country’s success than GDP.

“GDP measures the output of all of our work, but it says nothing about the nature of that work. It values activity in the short-term that boosts the economy, even if that activity is hugely damaging to the sustainability of our planet in the longer term,” she said.

Ruskell said that the TED Talk needed to be backed up with action on a “just transition”.

READ MORE: Sturgeon: Collective wellbeing, not GDP, should be the most important measure of a country’s success

“Given Nicola Sturgeon’s TED talk focused on joining with New Zealand to put wellbeing before GDP, it’s time the Scottish Government took our calls for a just transition away from fossil fuels seriously,” he said, adding: “Putting wellbeing first means securing low-carbon jobs and leaving fossil fuels in the ground to protect our future.”

The Scottish Government has been a consistent advocate of increasing UK Government subsidy and tax breaks for the north sea oil and gas sector since the sharp fall in the oil price in 2014, which led to the loss of an estimated 500,000 jobs in the north-east from 2014-2016 alone, according to one survey.

In March, the Oil & Gas Authority predicted an almost 50 per cent increase in the amount of north sea oil extracted by 2050.

A European Union Commission report in January of this year found that the UK Government provided the biggest subsidies in the EU to the fossil fuels sector at £10.5 billion, significantly higher than the support for the renewables sector.

The UK was also the least transparent of G7 countries in providing open information on its subsidies to the fossil fuel sector, according to a report by the Overseas Development Institute.

The Scottish Government’s position in relation to north sea oil has come under increasing scrutiny since it announced a climate emergency in April this year, which was followed up by announcing a new zero-carbon by 2045 target and scrapping plans for a 50 per cent tax cut to Air Passenger Duty. More measures to reduce Scotland’s carbon emission are expected in the Programme for Government in October.

“For the Scottish Government’s declaration of climate emergency to be anything other than empty words, they need to follow New Zealand’s example. They must withdraw support for the fossil fuel industry and instead promote a rapid transition to renewable technologies and alternative economic models in a way that that prioritises the wellbeing of workers in the industry,” she said.

“This applies to areas in energy policy currently devolved to Holyrood, as well as any considerations for an independent Scotland. New Zealand shows it can be done, and that while Scotland continues its dependence on North Sea oil and gas, we cannot claim to be world-leading.”

A joint report between Friends of the Earth Scotland, Platform and Oil Change International in March found that even the scheduled extraction of 5.7 billion barrels of oil from existing oil fields would mean the UK exceeding its Paris Climate Agreement targets. The report called for a “managed transition” starting now from oil & gas to renewables, to stave off a “deferred collapse” of the oil & gas sector in the future.

Mary Church, head of campaigns at Friends of the Earth Scotland, said it was time for the Scottish Government to “follow New Zealand’s lead”.

Church stated: “The Scottish Government takes the same position as the UK Government in terms of supporting continued exploration and development of oil and gas. Both Governments currently back extracting far more than our fair share of fossil fuels in relation to the Paris Agreement climate goals. This position is completely incompatible with tackling the climate emergency.

“We strongly urge the Scottish Government to follow New Zealand’s lead by ending its support for oil and gas expansion. The focus should now be on redirecting support towards creating decent green jobs in the zero carbon economy, with a Just Transition for workers and communities as an essential part of that.”

A Scottish Government spokesperson said*: “There is no bigger priority than tackling climate change, and Scotland is already well recognised as a world leader in doing so.

“We are committed to reaching net zero emissions of all greenhouse gases by 2045 and we are looking across all our policies to make sure they align with that increased scale of ambition.

“In addition, we are committed to achieving a net-zero economy in a way that is fair for all. The oil and gas sector can play a positive role in this transition, helping to design the diverse energy system we need for the future.  The knowledge and experience of this sector will also be important for developing and investing in low carbon technologies, such as Carbon Capture Utilisation and Storage.”

*This quote was added in after original publication of the article