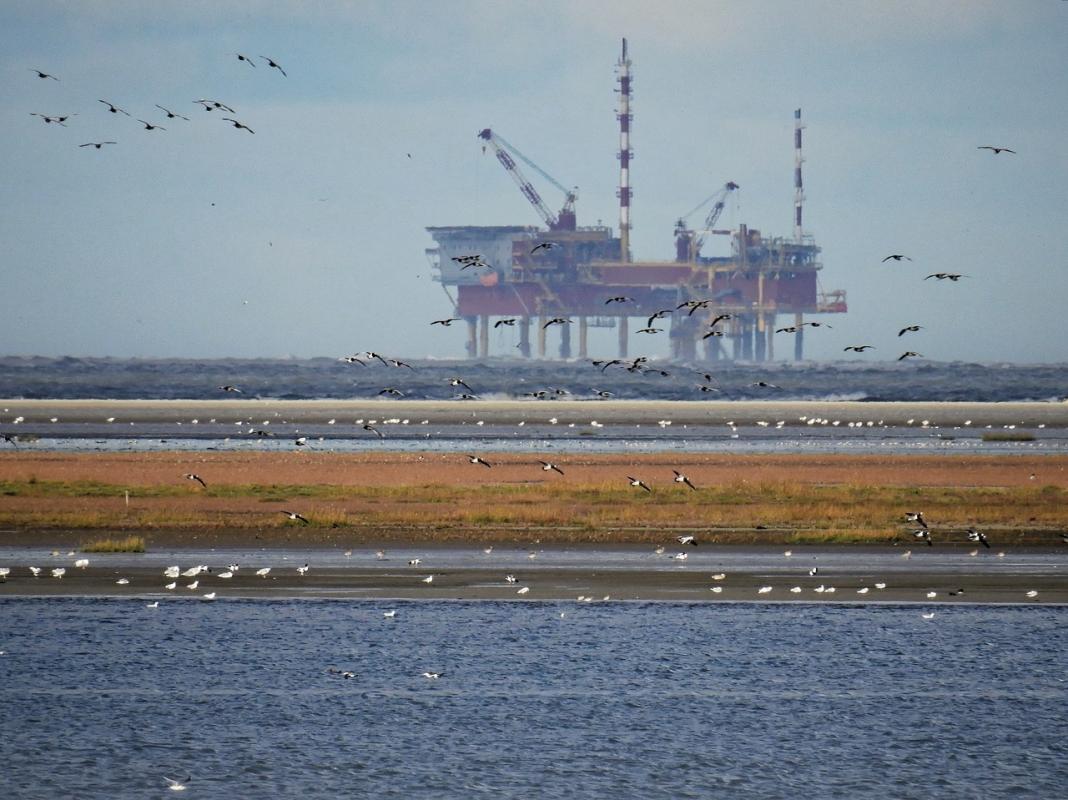 THE leader of the Scottish Green party has called on the Scottish Government to swap its Climate Change Bill for more urgent and radical legislation in light of new warnings over climate change.

In an exchange in the Scottish Parliament during First Minister’s Questions, Harvie welcomed the Scottish Government’s participation at the UN Climate Summit in Poland, but warned the draft Climate Change Bill set to be debated in 2019 did not match the urgency of the moment, after the UN Inter-Government Panel on Climate Change (IPCC) found that the world had little over a decade to set in motion profound reductions in carbon emissions.

Harvie said: “Scotland has indeed made a decent start, we are ahead of the pack.

“But as global emissions reach another all time high, being ahead of such a complacent pack is no great claim.

“In the new year this chamber will debate the new Climate Change Bill, which sets no date for full net greenhouse gas targets, places no increased urgency on the critical period in the coming decade, and does not commit to the radical new actions that are needed to achieve that progress.

“For the Greens this case is clear, that bill must be upgraded to a Climate Emergency Bill: net zero by 2040, emission cuts by three quarters by 2030, and a radical new plan of action to be rolled out within the year.

“If the Government doesn’t back a real climate emergency bill how will the First Minister, who believes in the principle of climate justice, respond not just to me, but to the Pan-African Climate Justice Alliance, which has challenged her to accept that her current bill does not go far enough?”

Responding, the First Minister said that Scotland’s position as a world leader had been recognised at the Poland summit, including by the architects of the Paris Agreement, who specifically welcomed the Scottish Government’s Climate Change Bill, including its clause on carbon neutrality by 2050 and its organisation through annual statutory targets among other measures.

She added: “But we do want to go further.

“We have asked the UK committee on climate change for updated advice before the Climate Change Bill and that advice will be available of course to all members and we’ve asked them for advice not just on the long term targets but also on the nearer term targets too.

The Green’s proposed Climate Emergency Bill would include a commitment to produce net-zero greenhouse gas emissions by just 2040, and interim pledge to reduce them by 77 per cent by 2030 and a “radical 10-point plan” to address the coming decade.

Following Sturgeon’s comments, Harvie retorted: “People are demanding urgency, but the SNP risks climate complacency.  The science is clear that the critical period for rapid progress is the next 12 years, yet the Government’s climate bill proposes no change in that period.

“The Scottish Government is handing tens of millions of pounds to the oil & gas industry. And this week – while the First Minister was still in Poland for the climate conference, her colleagues in Westminster were arguing the case for yet another Tory tax break for the fossil fuel industry, handing tens of billions of pounds over the coming decades to the giant businesses that are lining their own pockets while causing this crisis.

“It’s clear that a stronger climate bill – a Climate Emergency Bill as the Greens propose – is needed to accelerate our progress, end the handouts to the climate criminals, and show the urgency that so many people know is needed.”

Ross Greer MSP: Climate crisis will define my adult life – revolution is the only adequate remedy

Sturgeon said she shared Harvie’s passion, but that she also had a responsibility “to have credible plans in place”.

On the oil & gas industry in Scotland, she said: “One of the things that Scotland was being praised for in Poland earlier this week was our establishment of the just transition commission, trying to learn from previous economic disruptions and transitions where the most vulnerable in our society have been left behind. We want to make sure that as we lead the world in the transition into a carbon neutral future we are doing that in a way that doesn’t risk people’s jobs, that transfers them into other jobs and has the justice of that transition very much at heart.”

However, campaigners have responded with fury to the SNP Westminster group’s backing of new UK Government tax relief for the North Sea Oil industry.

Friends of the Earth Scotland’s Caroline Rance, who is also attending the UN talks in Katowice, said: “It is appalling that while the First Minister is at the UN climate change conference talking about climate leadership, her MPs at Westminster are voting through enormous handouts for oil and gas companies. This tax break could amount to tens of billions of pounds to the very same firms who are destroying our climate.

“Drilling for every last drop in the North Sea is completely incompatible with leadership on tackling climate change. The industry-designed policy of Maximising Economic Recovery from the North Sea is about lining the pockets of big corporations while maximising damage to the climate.

“The world cannot afford to burn most of the fossil fuels we already have, never mind going after the extraction of billions more barrels.

“Instead of giving big oil and gas companies whatever they want on tax breaks, the UK and Scottish Governments should be planning for an orderly and just transition away from fossil fuels. This must involve the workers and communities who are currently dependent on the oil and gas industry in developing a new, fairer zero-carbon economy.

“The SNP cannot continue to ride both horses when it comes to climate change and energy policy.

“The Scottish Government’s Climate Bill must scale up action within the next decade and bring forward the policies that will benefit people in Scotland.

“Right now, Scotland isn’t living up to the Paris Agreement or doing our fair share of global efforts to keep temperature rises below 1.5C.”

The Holyrood clash comes during a period of heightened period of radical climate activism, with the Extinction Rebellion movement staging mass protests and disruption in London and across the UK, resulting in dozens of arrests at a time.

Responding to the Scottish Greens announcement of their push for more urgent measures, Ryan Morrison of Stop Climate Chaos Scotland said: “It’s great to see the Scottish Greens making the case for urgent action to tackle Scotland’s climate emissions while laying out all the benefits this can bring with warmer homes, greener farming and cleaner transport.

“The recent report by the IPCC laid bare the reality of what is needed from developed nations like Scotland. We need to commit to drastically reducing our emissions over the next decade to ensure we limit global warming to 1.5 degrees and avoid irreversible consequences for people and planet.

“We know what we need to do to ensure Scotland plays its part, it’s now time for all parties in the Scottish Parliament to join together to rise to the challenge of the science and improve the ambition of this Climate Bill.”