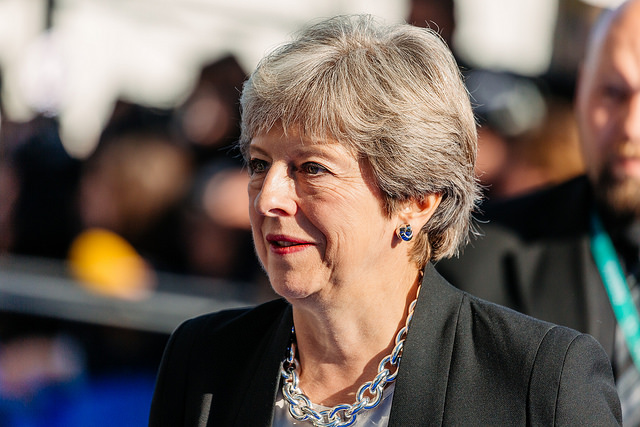 SNP say Amber Rudd’s position “untenable” after Windrush scandal, and that the “clock is ticking” on the Prime Minister, who introduced the “hostile environment” policy as Home Secretary

HOME SECRETARY Amber Rudd must resign or be sacked, opposition parties have said as new information reveals that the Home Office knew of the impact of the self-styled ‘hostile environment’ immigration policy on the Windrush generation at least two years ago.

As the scandal continues around the Commonwealth migrants who came to Britain as early as 1948 and have now been denied access to public services, lost jobs and faced deportation as a result of immigration laws introduced by the Tory Government, the SNP has said the “clock is ticking for the prime minister”, who was home secretary when the policy was devised.

A letter obtained by The Guardian which was sent by James Brokenshire, immigration minister in May 2016, has made clear that the UK Government knew two years ago that people from the Windrush generation were being denied the right to the remain in the UK.

The letter, addressed to Labour MP Kate Hoey – who had expressed her concerns about the fate of a constituent, Trevor Johnson – explains that Johnson, who arrived in England as a child in 1971, had been refused an application to remain in the UK.  In 2014, Johnson was told he was in the UK illegally and had his benefits cut off.

Brokenshire denied having seen the letter before when asked about it on Peston on Sunday.

Commenting on what he described as an “appalling mess”, SNP Westminster leader Ian Blackford MP said the prime minister “must show leadership over the scandal”. “It is unbelievable that we have not seen a sacking or resignation in the Home Office. Amber Rudd has failed in her responsibilities – she has shown the Home Office at its most incompetent and callous – and has undoubtedly damaged the UK’s standing and reputation,” he said.

“The home secretary is the minister responsible – it was on her watch. Her position is untenable – and the clock is ticking for the prime minister.”

Elaborating, Blackford said that Theresa May also had direct responsibility for the situation through her leading role in developing the government’s immigration policy.

He said: “It was Theresa May who advocated the ‘hostile environment’ policies and championed the Tories anti-immigrant rhetoric. It was the prime minister who had to be embarrassed into meeting Caribbean leaders after initially refusing their requests.

“The deliberate decision to dispose of the landing cards of Windrush generation residents was utterly unacceptable – whichever Westminster government decreed it.

“It isn’t just incompetence, it is the intolerance and vindictiveness that has been displayed at the heart of this Tory government.”

Last week, a former civil service chief said on BBC Newsnight that when the policy was initially developed, both Prime Minister David Cameron and home secretary Theresa May were warned that there was a risk that action would be taken against those who were in the UK legally “because we don’t have the information”.

Justice secretary David Gauke, however, told the Andrew Marr Show on Sunday that the impact on the Windrush generation did not negate the value of the policy as a whole. “It is right that we take illegal immigration seriously – of course I stress we are not talking about illegal immigrants in the Windrush case – but it is perfectly reasonable to, for example, want to ensure that when we are providing public services they are being provided to people who are entitled to them,” he said.

Amber Rudd, who was appointed home secretary in January this year, replacing Justine Greening, has been apologetic for the situation and admitted last week that the Home Office “sometimes loses sight of the individual”. However, The Guardian also obtained a private memo written by Rudd to the prime minister this year in which she promised to double down on the policy and boost deportations.

“Illegal and would-be illegal migrants and the public more widely, need to know that our immigration system has ‘teeth’,” she wrote. “That is why I will be refocusing immigration enforcement’s work to concentrate on enforced removals. In particular I will be reallocating £10m (including from low-level crime and intelligence) with the aim of increasing the number of enforced removals by more than 10 per cent over the next few years.”

Labour’s shadow foreign secretary Emily Thornberry also called for Rudd’s resignation on the Andrew Marr Show. “People have died, people have lost their jobs, lost their futures. People working in the National Health Service all their lives suddenly lose their jobs,” she said.

“It could not be worse and yet the home secretary thinks, ‘I can apologise and it will be all right.’ Well, it won’t be. I really think she should quit.”